Sony’s mobile division doesn’t have much going for it right now, but hey, at least its smartphones are waterproof, right?

Wrong. Sony has just done an about-turn on its waterproof marketing, and now warns against using Xperia devices underwater.

The company has updated its support page on water and dust protection for Xperia devices, telling users not to submerge their handsets, as first spotted by Xperia Blog.

“Remember not to use the device underwater,” reads one section of the advice page.

Another part states: “The IP rating of your device was achieved in laboratory conditions in standby mode, so you should not use the device underwater, such as taking pictures.”

That’s in stark contrast to the company’s marketing materials for the Xperia line-up, which has, until now, lauded the fact that Sony’s smartphones work underwater. 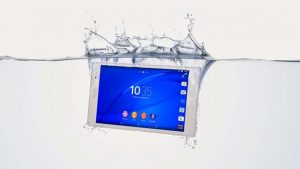 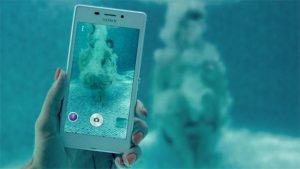 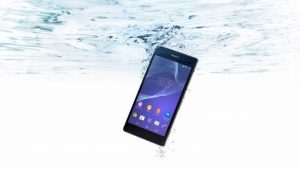 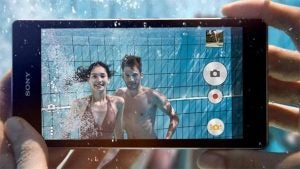 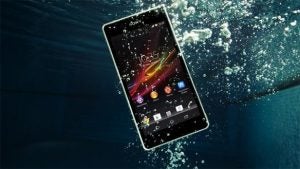 “With the waterproof Xperia Z3, you can take pictures with the best smartphone camera while swimming in freshwater for up to 30 minutes. You can even dive down to 1.5 metres with it.”

Taking underwater photographs was made possible by Sony’s physical camera button. Sony phones have a mode that allows the screen to be deactivated – submersion can cause displays to register ghost touches – and the physical button acts as the primary control for snapping underwater.

. That means that they’re both dust-tight and protected against the effects of continued immersion in water at depths greater than 1 metre.

The support page outlines the testing process, as copied below:

“Sony devices that are tested for their waterproof abilities are placed gently inside a container filled with tap water and lowered to a depth of 1.5 metres. After 30 minutes in the container, the device is gently taken out and its functions and features are tested.”

On the Sony support forums, a customer support representative even warns against using the brand new Sony Xperia Z5 underwater – the handset is IP68-certified.

“Moving or operating the device while it is submerged is not tested during the laboratory tests. There are also many environmental factors which we could not assess (e.g. water movement or water pressure changes during the movement), if a device is used underwater. Therefore we recommend not submerge our Xperia Z5 in water,” explains the rep.

Sony has always warned against using its smartphones under certain conditions.

For instance, the company advises not submerging Xperia devices in saltwater or bathwater.

However, this is the first time that Sony has suggested users avoid using submerged devices entirely.

Considering the marketing materials we’ve already mentioned, the situation is sure to be even more confusing for customers than ever before.

The problem is that if a customer hasn’t seen the updated support page and their phone breaks after being used underwater, Sony can still refuse to repair or replace the handset.

We’ve contacted Sony’s press team in hopes of getting official comment or clarity on the matter. This article will be updated with any response.

Will you be put off buying a new Sony smartphone as a result of this shift in policy? Let us know in the comments.

Check out our smartphone group test video below: