While the Samsung TU8500 and Samsung Q60T are 4K TVs from the same brand, that doesn’t mean there aren’t a few differences between the two.

We’ve put the TU800 and the Q60T head-to-head to see what they have in common, and where they differ.

We gave the 50-inch TU8500 a four-and-half star review, though we haven’t had a chance to test the Q60T just yet. This means we’ll be comparing the two on the merits of their respective spec sheets and features. This will serve as a guide to help determine which smart TV is best for you.

Read on to find out how these two Samsung displays stack up against one another.

Both TVs are available in multiple sizes, so to keep things fair, we’re comparing the pricing for the 50-inch models.

The Samsung TU8500 is the more affordable of the two. Priced at £599 at launch, a 5% discount can be had by entering the code ‘PRODUCT5’ at checkout before August 18. You can get the TU8500 for £569 with free delivery when you shop with Currys PC World on eBay.

Regardless of where you purchase the TV, the TU8500 is the more wallet-friendly option. 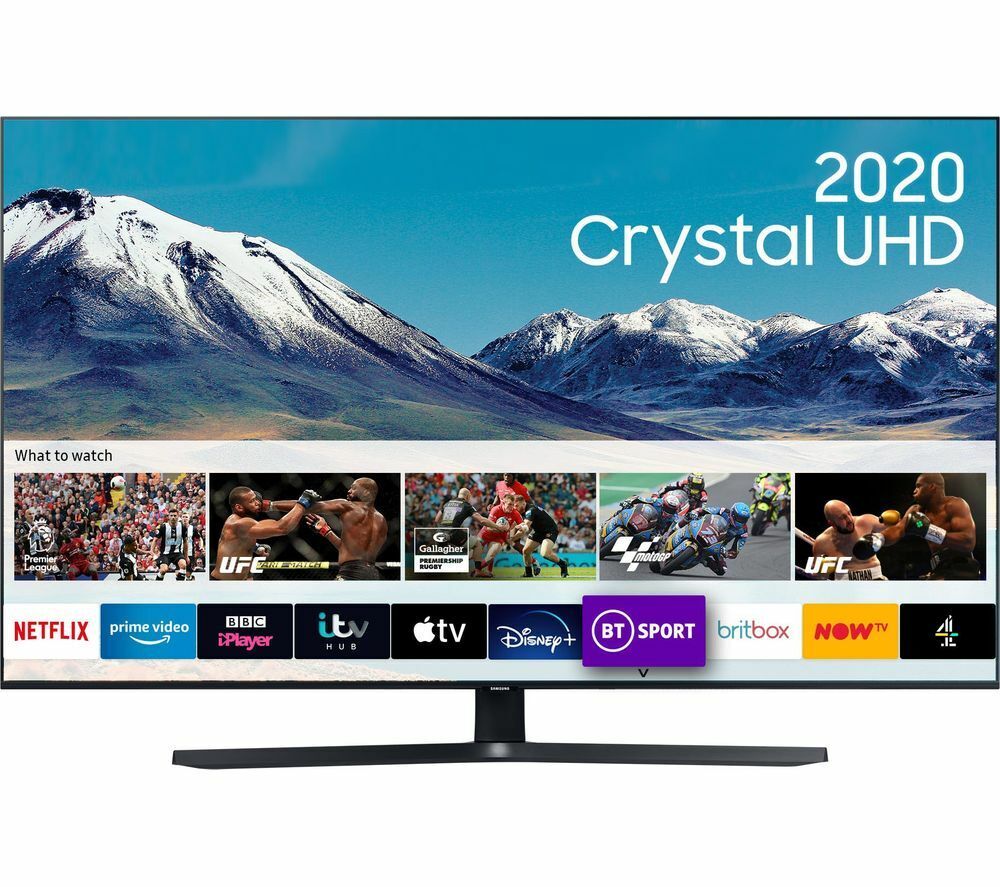 For a limited time only, you can save a whopping £250 on the Samsung TU8500 4K TV via Currys PC World's eBat storefront.

For just £699, you can give your home cinema a serious boost with Samsung's gorgeous QLED technology, front and centre in the incredible Q60T.

The TU8500 and Q60T share a few traits in terms of design. Both feature slim black bezels and have identical dimensions, with each TV 57.1mm in depth.

As far as connectivity goes, the TU8500 includes three HDMI (one eARC), two USB, Ethernet port and a CI slot. The TV also features built-in Wi-Fi and Bluetooth connectivity. Samsung doesn’t provide as much detail for the Q60T, but it does state eARC and Bluetooth support. An Argos listing provides the full specs and it matches the TU8500 with three HDMI, two USB, an Ethernet port and built-in Wi-Fi.

With so many similarities in the design and connectivity, the decision really comes down to what type of stand suits your living environment, and which look you prefer you prefer. That makes this comparison a draw.

The biggest difference between the two is the type of display they use. The TU8500 has a Dynamic Crystal Display, while the Q60T is part of the QLED range.

Dynamic Crystal is a display that employs two panels rather than the single backlight seen on a traditional LED. Samsung claims that its Dynamic Crystal display offers 64 times more shades compared to other conventional UHD TVs. Meanwhile, the QLED range employs Quantum Dot technology for bolder and more precise colours, delivering 100% colour volume with no image degradation over time.

Both have Dual LED, which helps to bump up contrast for more lifelike images, while Samsung’s continued support of HDR10+ over Dolby Vision sees its dynamic metadata solution adapt HDR content on a scene-by-scene basis for brighter and darker scenes. They also have Ambient Modes that turns the display into a decorative feature when not in use.

Samsung’s Tizen operating system provides access to settings, sources and apps in the form of Netflix, Disney Plus, Apple TV, BT Sport and more. There’s even a Multi View feature, which splits the screen in two so the viewer can watch two sources at the same time.

Both TVs have further smart capabilities including SmartThings, which offers the ability to control the TV, as well as smart home appliances. In terms of voice assistants, there’s Alexa, Google Assistant (coming soon) and, of course, Samsung’s own Bixby.

The list of features is nearly identical but, ultimately, the Q60T takes this victory with its QLED display.

The TU8500 is powered by Samsung’s Crystal Processor 4K, and we found the TV offered improved image quality compared to most mid-range LED displays at similar prices. The device offers an array of picture modes including Movie, Standard, Natural and Dynamic, as well as two options for gaming. Natural and Standard offer satisfactory contrast and accurate colour temperatures, compared to the Dynamic’s slightly overcooked colours.

Gaming performance is excellent, but the TU8500 does not support 4K/120Hz gaming, making it less ideal for PS5 and Xbox Series X upgraders. HDR performance and the brightness of the display could do with a boost, too. That said, this display will easily be an upgrade over many older/non-4K TVs.

It’s difficult to comment on the performance of the Q60T as we have yet to test it out for ourselves, but expect what rang true with the TU8500 to be applicable here. QLED generally brings a brighter performance at play than the Dynamic Crystal TVs, along with greater colour volume and slicker image quality.

While we haven’t reviewed the Q60T yet, we’ll be looking to get a review sample in soon to judge its quality.

As such, while we’re big fans of the TU8500 and what it brings to the table at its more affordable low price, odds are that its picture quality will be an improvement on the TU8500.

If you can take you budget further and splash out the extra £100, the Q60T would make sense, as it’ll arguably shade it when it comes to upscaling SD and HD content. Nevertheless, for those who want to keep costs down, the TU8500 is still a compelling choice for the price.