A fresh patch of images have emerged of the PS5 development kit and its Dualshock 5 controller, revealing a rather chunky gamepad compared to its older siblings.

The Reddit post was seemingly made by a cleaner at a certain studio, who took pictures of the development kit alongside the controller, which matches a number of patents recently made by Sony Computer Entertainment. 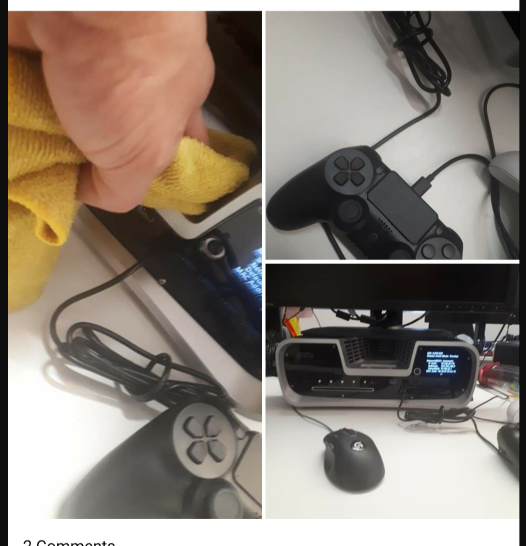 As previously reported, it’s very similar to the Dualshock 4, although it boasts a thicker, more rounded design with a few significant changes across the board. There’s no sign of the rumoured built-in microphone or back pedals, but it’s definitely sporting the updated design alongside what appears to be a USB-C input for connecting to the console.

We’ve seen the v-shaped development kit appear in several photos now, meaning we’re fairly certain its legitimate. As for the controller, we’ll need to wait for additional reports to properly pin this down. Chances are Sony are preparing for a big console reveal in the coming months, much like they did for the PS4 in February 2013.

The Dualshock 4 is a fairly excellent controller, and given the PS5’s approach to backwards compatibility, we can’t blame Sony for approaching the next generation with a largely familiar design for its gamepad. From the pictures we’ve seen it looks comfortable, and should slip into our hands without issue when the console launches later this year.

PS5 will join Xbox Series X to usher in the next generation of consoles later this year, although little is known about both platforms thus far. While Microsoft has revealed the appearance and a handful of games for its machine, other things including specs, price and a concrete release date remain unknown.

The Trusted Reviews team is incredibly eager to find out more, especially regarding Sony’s exclusive slate for the coming months outside of Ghosts of Tsushima and The Last of Us Part 2. Anyone crossing their fingers for Knack 3? Just us? Alrighty then.