Our guide explains everything you need to know about the all-new Pokémon Go Sightings system – an attempt to fix the popular Tracking feature after Niantic pulled it in a recent update.

Niantic has been busy overhauling certain features of its wildly popular Pokémon Go game, one of which is the Nearby tracking.

While some players, namely those in San Francisco, have been gifted with a radically redesign version of the tracker, it seems the latest update to the game has brought the rest of the world a new ‘Sightings’ menu.

What is all this Sightings business you ask? Why hasn’t everyone got the new Nearby system? Read on and all will be revealed.

Firstly, it’s worth pointing out that Sightings could very well be a stopgap. That is to say that Niantic is currently trialling a new Nearby tracking system with players in San Francisco which could be rolling out worldwide once the testing is complete.

This new Nearby tracking mode involves tapping on a creature in the Nearby menu and navigating to a highlighted Pokéstop to catch the specific Pokémon. You can read more about this in our Pokémon Go Update piece. 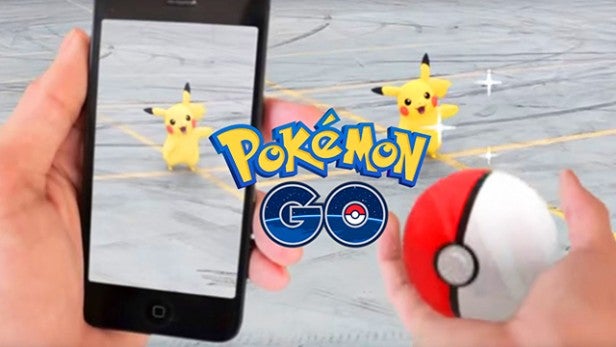 None of this new functionality pertains to the new Sightings feature, however, which has replaced Nearby tracking for those of us who live outside Northern California. At least for the time being.

So what exactly is Sightings?  In the bottom-right of your screen, you’ll still see what used to be the Nearby Tracker icon, but once you open it, you’ll notice the list has been renamed ‘Sightings’. There’s also been a slight graphical tweak which means each individual Pokémon on the list is now shown next to a tuft of grass,

Other than that, the layout remains identical, with the creatures appearing in a 3 x 3 grid.

So, how does it work?

It doesn’t seem all that complicated really – adding to our suspicions that Sightings is only a temporary measure. The graphical changes and new name don’t represent any major differences to how the list functions, but there’s a few things to be aware of (until Niantic decides the rest of the world is ready for a full Nearby overhaul).

Firstly, it seems the Sightings menu, unlike the previous Nearby tracker, will not show duplicate Pokémon, so even if there’s multiple Pidgeys in the local area, as there always seems to be, you’ll only see one Pidgey show up on the list.

Related: How to battle in Pokémon Go 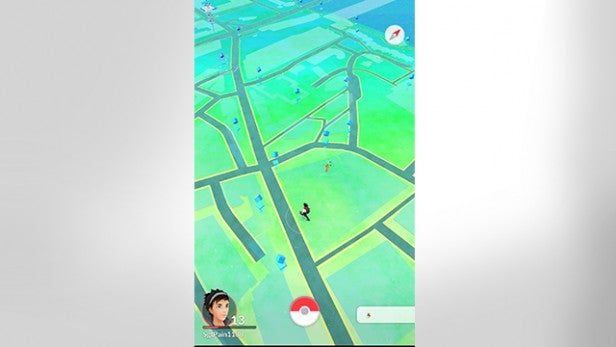 Second, Pokémon will now disappear from the list once you get more than 200 metres away from them. This should make hunting slightly easier when combined with the lack of duplicates as the list will remain fairly tidy.

The grid will also update if a Pokémon’s timer runs out. Each creature that spawns has an appearance timer, which means that once that timer reaches zero, the little critter disappears from the map. with the timer changes. The map is said to refresh every 10 seconds, and the Sightings list should stick to that schedule too.

You’ll also notice the footprint system has been scrapped. Whereas before each creature on the list had either one, two, or three footprints below it, to represent their distance from the player, the Pokémon now simply appear alongside the grass graphic.

Some players are claiming the grass means Pokémon are closer to you, and that some beasts will appear on the list without the grass there, indicating they’re further away. We haven’t experienced that yet, but will update this piece if we do. For now it seems that any creature on the list is within the 200 metre radius. 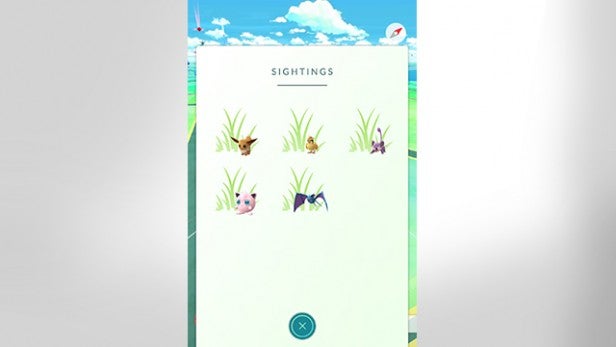 And finally, there’s some confusion over whether the way in which Pokémon are ordered on the grid now means anything or not. Before, you could walk around and the animals would re-order themselves on the list to represent their distance from the player. The nearest would be in the top-left, while the furthest away would occupy the bottom-right spot.

Now, many are claiming that whole system has been done away with, which makes things a tad more difficult, we think. It means you have to walk around, wait for the desired Pokémon to disappear from the list, turn around, repeat this for another direction, and whittle it down until you walk to the correct place.

, while those at the bottom aren’t. As the whole Sightings system is still relatively new, it’s very difficult to confirm which is correct, but we’ll update this piece when we have more information. We can confirm however, that you can no longer tap on a specific Pokémon on the list to track it – Sightings only lets you view the grid as it changes, not interact with it in any other way.

And that’s it for now. We’ll be adding more as we learn more, but we’re expecting Sightings to be replaced by the more in-depth system currently being trialled in San Francisco, though Niantic isn’t confirming anything for the time being.

Let us know how you get on with Sightings in the comments.