Well, the rumours are true – although we must admit that we hadn’t heard any – Philips is bringing MiniLED technology to its 2021 TV line-up.

With Philips officially announcing their TV line-up for 2021, a pleasant surprise was the unveiling of its MiniLED 9635 and MiniLED 9506 4K TVs.

It turns out that some of this information had leaked ahead of Philips’ annual showcase (held online for 2021) for those who knew where to look. Philips’ MiniLEDs will be going big in terms of size – only 65- and 75-inch models will be available for either series.

Combining a local dimming backlight with the Philips Micro Dimming Premium system, the new MiniLEDs aim to offer deep black levels and bright highlights with a peak brightness of 2000 nits. Using a “high quality” VA panel, Philips say the TVs will offer wide viewing angles and a wide colour gamut of 95% of the DCI-P3 spectrum. The images on screen are complemented by Philips’ four-sided Ambilight technology.

The MiniLED 9635 will be accompanied by an integrated soundbar, much like the OLED+ series, and it will again be produced by Bowers & Wilkins who’ve enjoyed a successful partnership with the Dutch TV brand. Dolby Atmos upfiring speakers are included in the 3.1.2 speaker system. The MiniLED 9506 gets a 50W 2.1 audio system. 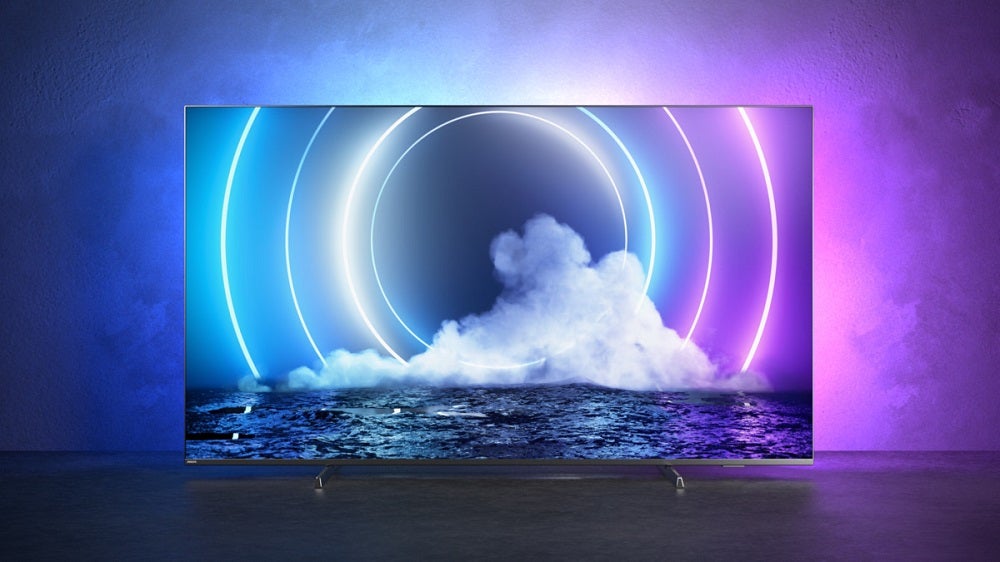 Both the MiniLED 9635 and 9506 will be the recipients of the P5 AI Intelligent Picture Engine, which uses neural networks (now in vogue on premium TVs) and machine learning to create a better balance between Philips’ five pillars of PQ – source, colour, contrast, motion and sharpness – for a more realistic and natural image. An additional sixth category has been added in Film detection, which will flag movies and offer the viewer the chance to switch modes to a new Home Cinema Mode, Pure Cinema Mode or Filmmaker Mode.

After a few years where Philips laboured behind the rest of the TV market with its gaming skills, it has stepped it up across the majority of its 2021 range. The MiniLEDs will support 4K/120Hz gaming, along with eARC inputs, ALLM and VRR. AMD FreeSync Premium Pro and an Auto Game Mode fill out the new gaming features as Philips looks to cater for the next-gen consoles in the wake of the PS5 and Xbox Series X.

There’s no word on the pricing, but they are due to arrive summer 2021.