If you’re looking for a mid-range mirrorless all-rounder that’s as comfortable shooting sparkling YouTube videos and it is taking travel snaps, then the new Panasonic Lumix G90 is shaping up to be a tempting new option.

Its predecessor, the Panasonic Lumix G80, is one of our favourite budget Micro Four Thirds cameras, and will remain on sale as an affordable option in Panasonic’s interchangeable lens camera lineup. But the Lumix G90 now sits above it as a kind of ‘baby G9’ with a smaller body and new features like unlimited 4K recording. 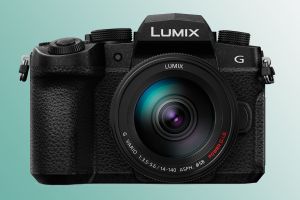 At its heart is a very similar sensor and processor combination to the excellent Panasonic G9. The sensor is apparently new, but it has the same 20-megapixel resolution as the G9 and apparently image quality that’s on a par with its bigger, pricier sibling. It also have five-axis Dual IS 2 for five stops of camera-shake reduction, which should be handy for both stills and video.

Talking of which, the G90 looks like an ideal choice for vloggers looking to step up from their smartphone or compact camera.  It can shoot unlimited 4K video (rather than being restricted to the usual half an hour). There’s also the holy triumvirate of a headphone socket, microphone socket and an articulating, forward-facing touchscreen. 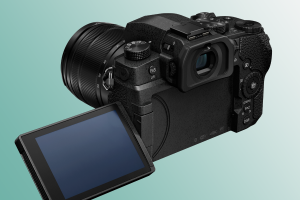 Other tweaks from the G80 include some design tweaks to help aid one-handed operation, including dedicated ISO, white balance and exposure buttons on the top – all of these feel slightly different, so you can use them while looking through the viewfinder. That OLED EVF isn’t quite as hi-res as the Panasonic G9’s, but still has a respectable 2,360k-dot resolution.

Its magnesium alloy body is also dust- and splash-resistant, which strengthens its travel camera credentials, as does Power Save LVF mode’s promise of 1,000 shots from a single charge. We’ll see if it reaches that figure in the real world in our full review very soon, but in the meantime you can read our Panasonic Lumix G90 hands-on review.

What do you think, does the Panasonic G90 sound like the ideal travel or vlogging camera for you? Let us know on Twitter @TrustedReviews.