What is the Panasonic G80?

Panasonic’s new G80 – not to be confused with the GX80 launched earlier this year – sits in the middle of Panasonic’s CSC lineup. It features many of Panasonic’s key technologies, including 4K Photo, in a form that’s reminiscent of a DSLR.

It also features a 16-megapixel Four Thirds sensor, which is unencumbered by an optical low-pass filter, making it better for detail resolution. It has an articulating touchscreen, a viewfinder, Wi-Fi and a slew of impressive specs for a camera at a mid-range price. 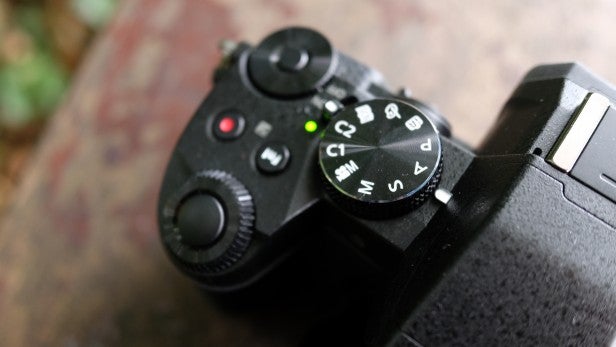 In terms of body size, Panasonic has opted for compact and neat with the G80, but without going for the flatter or rangefinder style used in some of its other bodies. This means that the G80 has a chunky and substantial grip, and has a form factor that’s reminiscent of a DSLR – albeit at a much smaller size.

In fact, it would be fair to say that the G80 has returned a little to the form of the G5 – a camera from a few years back. The G6 featured a chunkier build and design, taking it almost to the size of a standard DSLR – and perhaps missing the point of a mirrorless camera being a smaller alternative.

A bump in the top plate of the camera houses the electronic viewfinder. The moment you lift the camera to the eye, the screen turns off and the viewfinder automatically switches on in one fluid movement.

The viewfinder itself is extremely bright and clear, giving an excellent view of the screen. It also doesn’t appear to suffer from any noticeable lag as you move the camera from side to side.

Accompanying the viewfinder is a fully articulating touch-sensitive screen. It’s useful for shooting self-portraits, or when shooting at awkward angles, and can be folded away into the body when not in use. 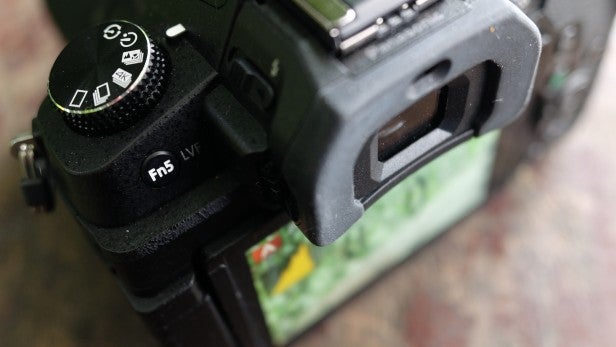 You can also use the touch-sensitive screen to set the autofocus point, or to release the shutter if you wish. You can even continue to use the screen in this manner when using the viewfinder via the super-useful TouchPad AF functionality.

You’ll see that there’s plenty of customisable buttons that you can use to set the G80 to precisely how you like to use it. In fact, there are five buttons labelled with “Fn” around the body of the camera. You can set how each of these work in the main menu.

The Quick Menu button is particularly handy to access various settings without having to delve deep into the menu. Around the shutter release is a scrolling dial that you can use to control different settings, depending on the shooting mode you’re in – for example, to control aperture when shooting in aperture priority mode.

A second dial handily sits beneath your thumb, which can also control shutter speed or aperture, depending on the shooting mode. You can use both dials together when in manual mode, with one controlling one setting, and the other controlling the other for a very fluid way to work.

To change the shooting mode, there’s a large dial on the camera’s top plate. On this you’ll find the standard group of PASM, but also automatic, creative, and scene modes. There’s also a couple of slots to save a group of custom settings, which is useful if you often like to shoot one particular type of scene that requires certain settings.

As standard, the G80 comes with a new 12-60mm lens. In the hand, this feels very balanced with the size and weight of the G80, and is a good lens to capture most every day subjects. As a camera in the Micro Four Thirds format, it’s also compatible with any other MFT lenses that are available on the market – including any from Panasonic, Olympus or third-party manufacturers.

The camera features splash-proofing and dust-proofing – ideal for use when the weather isn’t playing ball, and in general the G80 feels pretty sturdy, with a textured coating adding to that feel of quality.

As always, Panasonic is keen to push its 4K Photo technology, which you can use to freeze moments by extracting stills from 4K-recorded video. To that end, you’ll find a dedicated 4K icon on a dial on the top left of the camera. Simply flick to this to use one of the 4K photo modes – all of which are easy to get to grips with, especially once you’ve had some practice. Also on this dial you’ll find continuous shooting mode, timer, and the innovative “Post Focus” mode.

Post Focus utilises 4K Photo in a very special way. Switch it on and pressing the shutter release will result in the camera taking a series of photos in quick succession, each with a different focus point. When you come to play back the image, you’ll now find that you can touch any point on the screen to change the focus of the image. You can save any of these resulting photos as JPEG images.

Also new for the G80 is the Focus Stacking, which is great for taking close-up macro shots where you want to preserve a very wide of depth of field. Simply take the photo in the same way and then tap an icon on-screen to enter the Focus Stacking option. You can choose between “Auto Merging” and “Range Merging”. The former will merge all of the photos together, while the latter will merge only those from a selected focal range, depending on the depth of field you want to preserve. The merged photo will be output as JPEG image on to your memory card. 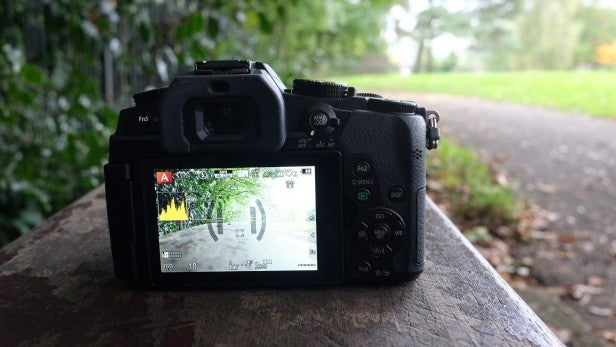 The screen is impressively bright and displays the scene well. It isn’t too marred by bright sunlight or reflections, but should such a situation arise, you can easily tilt the screen away from harm. The fact that it is fully articulating is super-handy for positioning it to face forward for self and group shots, as well as having its uses for video recording.

Many people prefer viewfinders, and so will be pleased to note that the one here is very usable. It isn’t the largest on the market, but it’s certainly good enough to be used frequently. There’s a sensor on the eye-piece that switches on the viewfinder, and the screen off, in one fluid transition when you want to use it.