The G90 is a great all-rounder and one of the best mid-range mirrorless cameras you can buy today. Similarly priced rivals like the Fujifilm X-T30 and Sony A6400 bring the benefits of larger sensors and other advantages, including better out-of-camera JPEGs (in the case of the X-T30) and more advanced autofocus (like the Sony A6400). But the G90 trumps both with its built-in image stabilisation and handy side-flipping screen, making it a great option for vloggers or anyone whose photographic diet is equal parts video and stills. Throw in its rugged design and features like 4K Photo mode, and you have an excellent, versatile travel companion.

The Lumix G90 is Panasonic’s mirrorless jack of all trades, a camera designed to be small, lightweight, tough, user-friendly and excellent for both still photography and video recording.

There’s no shortage of rival models claiming similar all-round abilities, including the excellent Sony A6400 and Fujifilm X-T30, not to mention Panasonic’s own G9 from 2017. So at around £900 without a lens, which we’d call mid-range rather than entry-level, expectations around the G90 are high.

Despite having a smaller Four Thirds sensor than its APS-C rivals, though, the G90 competes well in most areas, particularly video. If you’re looking for a travel-friendly camera that’s as capable with moving images as it is stills, this is one of the best around.

The G90 manages to hit a clever balance between size, ruggedness and handling. I’ll talk more about the latter below, but in terms of compactness, weight and toughness, it’s very impressive. The G90 is weatherproof and ruggedised, with a full magnesium alloy front frame to protect from minor drop damage (not that you should ever really put this to the test) and sealed ports and joints to keep sand, dust and water out of its vital innards. 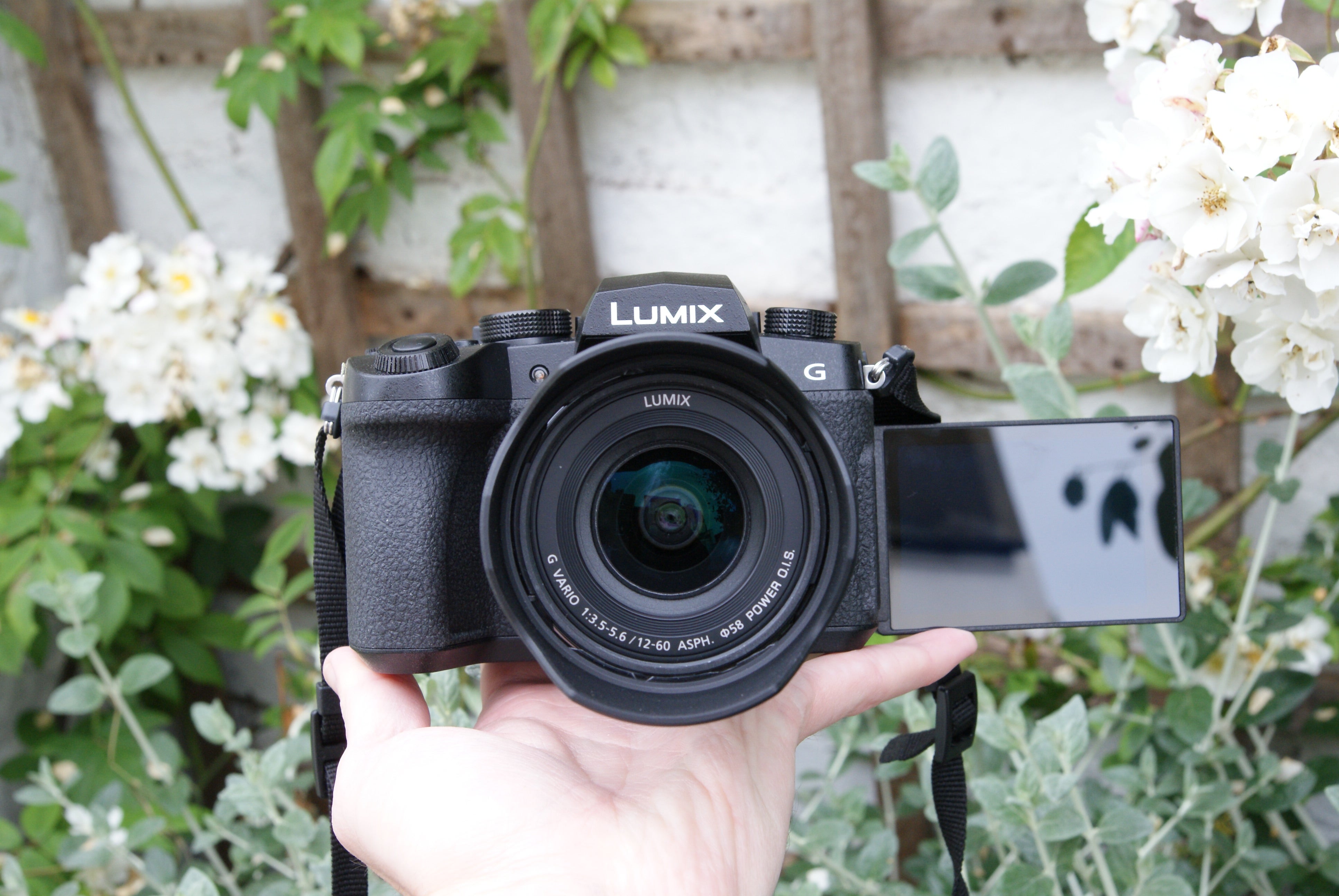 The G90’s side-flipping touchscreen is more useful for vlogging than the Sony A6400’s, which flips up instead and can be blocked by external microphone attachments

Despite its sturdy body, it’s also compact in size and light weight, with the large textured grip on the right making it relatively easy to use one-handed – a goal of Panasonic’s engineers from the outset of the design process. If the company’s recent S1 and S1R cameras were wrist-worryingly weighty, the G90 is reassuringly back, neck and arm-friendly.

There’s a good set of physical controls on offer too, including two adjustment dials, two mode dials, two function buttons and other nubbins and knobs that give you access to the most commonly-needed settings within a second or two. Other controls can be accessed via the (reasonably non-labyrinthine) menu system, or using the LCD touchscreen.

Yes, there’s a touchscreen, and it’s a bit of a belter. Able to flip out to the side and rotate, it can be viewed from a variety of angles including from the front – sure to be a feature loved by vloggers and selfie lovers alike.

That might seem like a glib comment, but it shouldn’t be interpreted as such: vloggers especially are an important market for a camera like this, and not every mirrorless camera comes with such an accommodating display. The touch control is great for swiftly setting an autofocus point – just tap with a finger to do so – but it’s a little awkward using it for anything more complex. The G90’s screen and EVF are both decent, but you’ll find a better viewfinder on the Panasonic G9 – which is currently only slightly more expensive

In terms of clarity and brightness, the screen works well indoors and outside in anything but blazing sunlight, where glare makes it hard to see. Thankfully you have another option in such circumstances: the OLED viewfinder.

I’ve jammed my eyeballs against scores of EVFs over the past few years, and I’d rank the G90’s somewhere in the middle quality-wise. Its image isn’t particularly large or bright, nor is it astonishingly clear, but it doesn’t lag noticeably and we can’t really complain about its resolution. In short, it does its job well.

The display layout for both the EVF and screen will be familiar to existing Panasonic camera users, and is fairly user-configurable. We’re always happy to see an electronic spirit level too, as it makes our embarrassing habit of shooting with a canted frame much less likely to manifest itself.

Performance – A steady and speedy shooting experience, thanks to the G90’s stabilisation and 4K Photo

Panasonic’s depth from defocus (DFD) autofocus system was given much fanfare during the G90’s launch, and at times it’s brilliantly quick and very capable of tracking a moving subject – we tested it on a lumbering basset hound in the park and found it generally kept the pooch in focus, with the focus lock only occasionally getting snagged by a passing toddler.

At other times, though, it takes a while to focus on the thing you want it to focus on, lacking the seemingly mind-reading nature of some AF setups and forcing you to fiddle with the controls or tap the screen. While we were trying to focus on a wildflower growing out of a harbour wall, for example, we found the camera kept wanting to focus on the water a couple of metres below it. 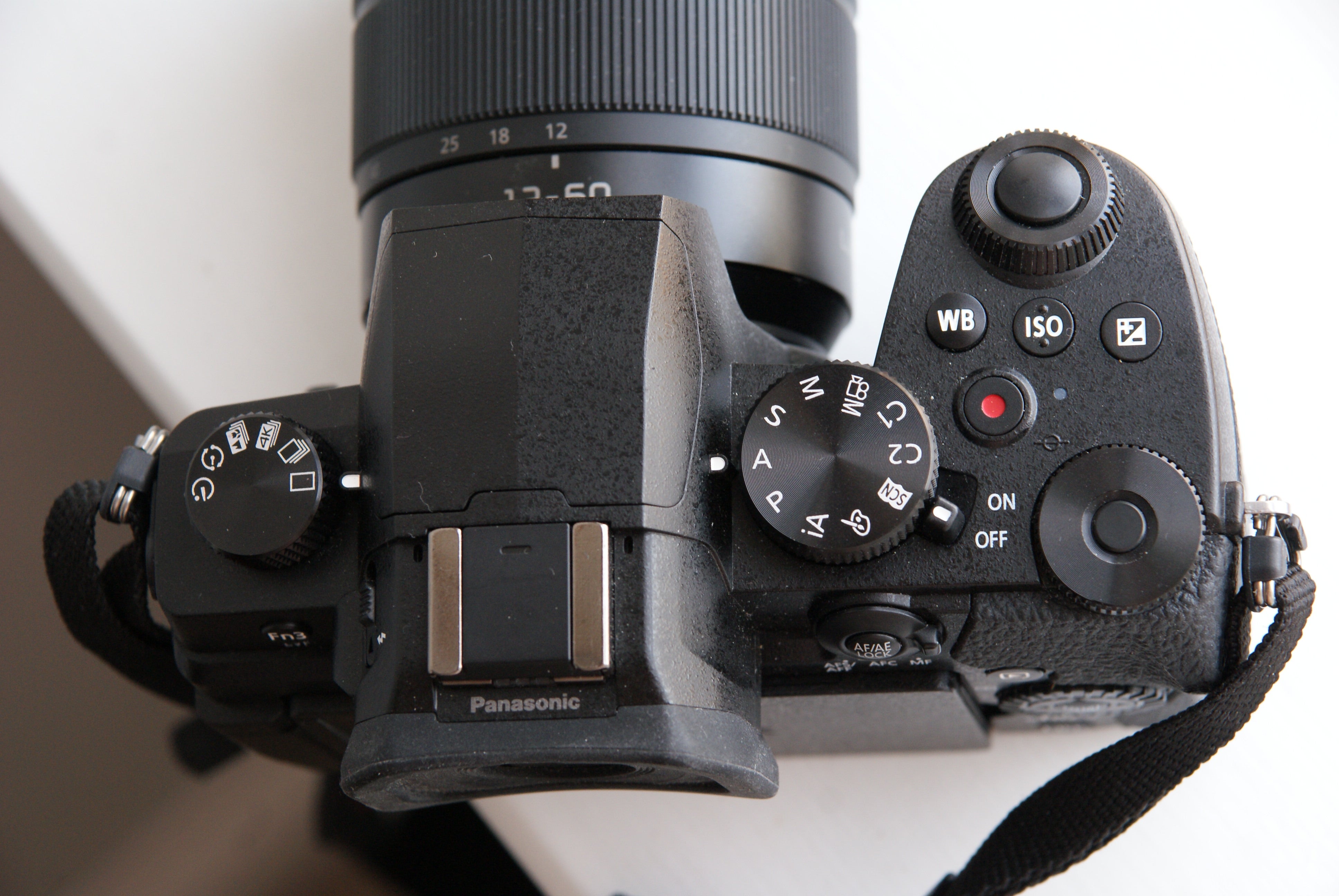 The handling and button layout are both excellent on the G90, with weather-sealed ports and support for USB charging on-the-go, though it strangely uses microUSB rather than the newer USB-C connection

It’s not the end of the world, having to do a bit more work, but it’s a sign that this AF system isn’t quite as reliable as the one in the Sony A6400. It does have nifty face and eye autofocus, though, which makes taking in-focus portraits a breeze.

One thing I can’t find fault with is the image stabilisation system, which features in-body and lens stabilisation to give handheld shooters a noticeable helping, er, hand. Long handheld exposures and gimbal-free video are entirely possible thanks to this setup – and although it shouldn’t be viewed as a miracle cure to shaky clips and blurry shots, it’s ideal for a small, travel-friendly camera. 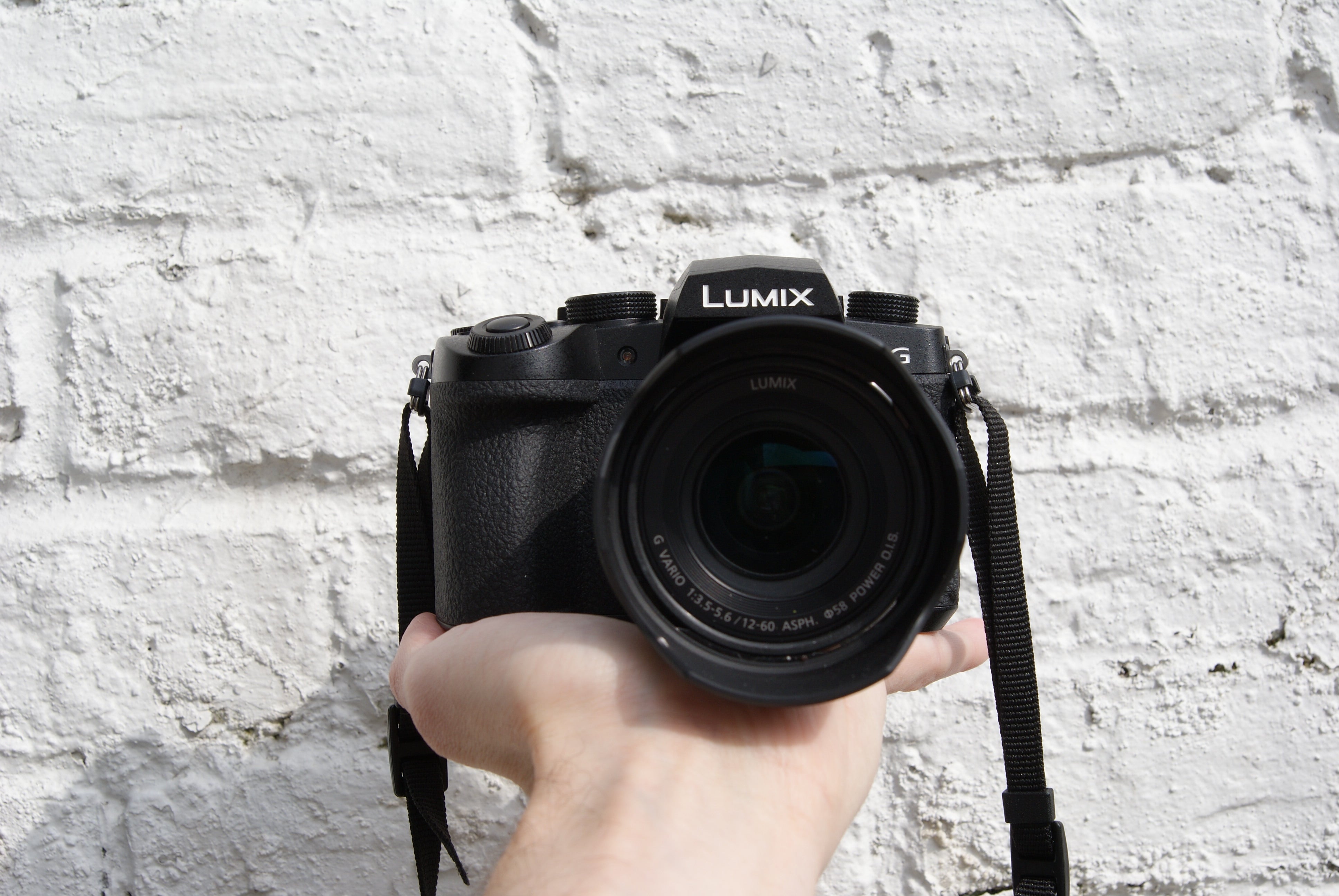 While the G90 is relatively light and portable, it is considerably chunkier than the Fujifilm X-T30 and Sony A6400, which both have larger sensors but no in-built image stabilisation

One other thing that bears mentioning is the stills shooting speed, which can be as fast as 9fps at full resolution and 30fps in 4K Photo resolution (which is about 8 megapixels). Those top speeds involve turning off continuous autofocus, but they’re eminently respectable and make snapping fast-moving targets a lot easier.

Battery life isn’t anything to write home about, stretching to about 300 images per charge. You can charge it via USB though (in fact, with no bundled external charger, you have to), which makes topping it up quite easy.

Photo and video quality – The Panasonic G90 is a great all-rounder for both video and stills, with speedy focusing in good light

The G90 comes with a 20.3-megapixel Four Thirds sensor that has no low-pass filter. Our lab test results show that this sensor matches the performance of the more expensive Panasonic G9, with decent noise control at lower ISO sensitivities, such as ISO 3200 and below.

As you’d expect, its smaller sensor can’t quite compete with its APS-C rivals in low light. Our lab results show that the Fujifilm X-T30 and Sony A6400 both performed better in terms of noise and resolution at ISO 6400 and above. Still, the in-built image stabilisation helps you shoot at lower ISOs handheld, and if you often shoot in lower light you can shoot in Raw on the G90 and apply noise reduction in post-processing programs like Lightroom for the best results. 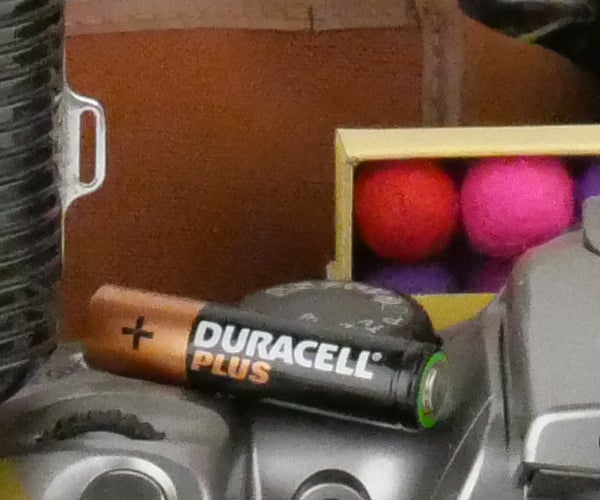 Still, in my real world daylight shots, the G90 performed well, with JPEGs straight from the camera looking pleasingly detail-rich and popping with colour. So even if you’re not the type to dabble with Raw processing, it’s not hard to get impressive results in good light. 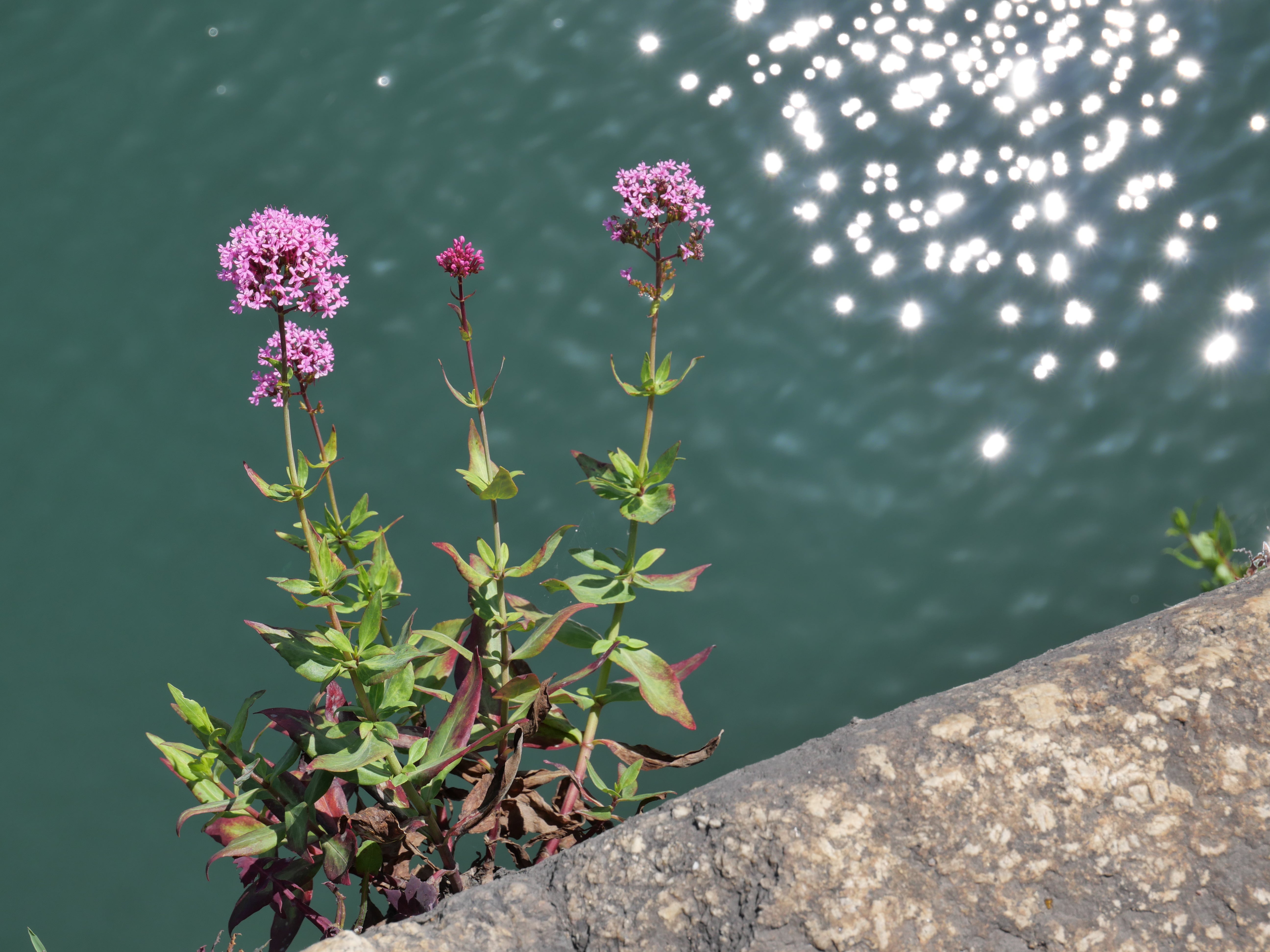 Out of camera JPEGs from the G90 are bright and colourful, with plenty of detail

Incidentally, all our sample photos and videos were taken with Panasonic’s 12-60mm kit zoom attached, which is a decent all-rounder rather than anything fancy, and can be bought in a bundle with the G90 body for a total of around £1,080. Fitting pricier lenses should yield even better images. Video quality is really strong too, and while not blessed with the eye-popping internal HDR capabilities of some pricier Panasonic models, it does have the “flat” V-Log L profile for budding filmmakers who want a clean base for colour grading their home movies.

Should I buy the Panasonic Lumix G90?

At other times, I’d probably dub the G90 the best mirrorless mid-range all-rounder on the market, but the Fujifilm X-T30 is one heck of a rival and the Sony A6400 does plenty of similar things well.

So while Panasonic’s made a truly excellent camera, it isn’t a clear must-buy for anyone in the market for a reasonably affordable, very capable model that does both stills and video well.

If you want the best straight out-of-camera stills quality at this price, then the Fujifilm X-T30 has the edge here. That said, the Sony A6400’s autofocus is slightly better than both and trumps the X-T30 with its articulating touchscreen. Where the Panasonic G90 beats both of those rivals, though, is with its image stabilisation, side-flipping screen and unlimited 4K video recording. This makes it considerably bigger than both the Fujifilm X-T30 and Sony A6400 (it weighs 150g more than the former), which makes it slightly less travel-friendly.

But if you don’t mind that extra bulk and are leaning more towards shooting video with a generous side of stills, then the Panasonic G90 may well be the best mid-range mirrorless camera for you. Also, while Micro Four Thirds can’t compete with Fujifilm’s X Series when it comes to high quality primes, its lens selection is wider and, in general, more affordable.

Overall, this means the G90 is a solid choice that won’t let you down in any important areas, has a reassuringly rugged design and is small enough to take almost anywhere – you won’t regret buying it if it does become your ultimate choice.