When Apple announced the iPhone back in January 2007, the tech world went into a frenzy – so what did Reddit, the most level-headed and zen forum on the web – have to say?

And as with any major announcement of the last decade, Reddit users were on hand for the iPhone announcement to share their opinions (of which there are plenty) about what Apple had cooked up.

We’ve rounded up some of the best comments from the original Reddit thread for the big reveal, to show just how times have changed since 2007.

1. ‘They crapped a rainbow into my brain’ 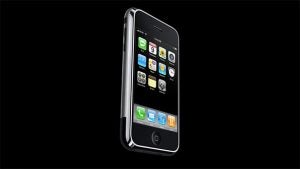 One of the most upvoted comments comes from user ‘Koan’, who captures perfectly the levels of hype generated by Jobs’ 2007 reveal:

“It’s amazing to see that in the near future, a couple hundred of my dollars are going to go into that company’s coffers. Just to know that from the moment I saw the damned thing. Wow. Touchscreen, OS X, Bluetooth, WiFi, 8GB, widescreen – I mean, it’s like they scooped out my brain, picked it apart, crapped a rainbow into it, and put it back in.”

Of course, not everyone was as impressed as ‘Koan’. Another user – whose profile has since been deleted – had doubts that Apple’s new fare was worth the price tag.

“It’s Apple. That means you’ll be paying anywhere from one to 150 dollars for every single little damn app, upgrade, or media file that you want to use the phone for. I’ll keep my Motorola Ming A1200 Linux quad band smartphone, which runs audio and video, has a touchscreen, Google Maps and Gmail, 2MP camera, and 2GB memory on the microSD. It’s also only $350 without a contract, and available now. It also plays any media I put on it, free and without DRM.”

Here’s the Ming, for reference: 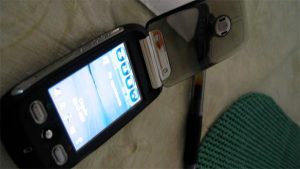 A sub-thread about how Apple was probably going to release another version within a year prompted this somewhat sage comment:

“Launching in June? Hmm, I’m betting they let the iPhone ride out until Xmas, but introduce a higher capacity, regular-assed iPod around September with touchscreen capabilities and battery life, etc.”

It continued: “Then, next January, some self-fellatio about how well the iPhone’s done and stuff, before announcing a higher capacity iPhone with better battery life and a couple trinkets added on here or there. iPhone 1.5, followed up by v2.0 in September of ’08.”

4. ‘This is going to get super-scratched’ 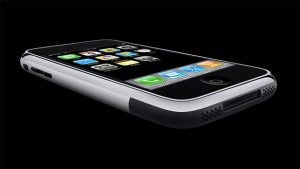 The launch of the iPhone was the death knell for blocky and rugged phones, but even though the concerns were there early on, it seems we’re still willing to ditch toughness for slick design:

“This is going to get super-scratched when everyone puts it in their pocket with their keys. Also tons of fingerprints as well. But it is a cool device as long as you protect it well. Cingular 2/year contract with a $599 price tag? Not so hot.”

While there were clear iPhone lovers and Apple haters, some were more on the fence:

“It looks really cool (and I hate Apple), but getting maps on my phone would be the height of pimpness. I will of course wait a few years, until a half-priced knockoff product comes out that does all the same things. $600 bucks for a contracted phone? I guess I’m not the target demographic.” 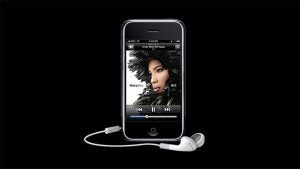 Having a screen occupy most of the front of a phone was a fairly revolutionary design back in 2007, and so it’s no surprise that some weren’t exactly keen on the style:

“After really thinking about this, I think it would suck to have the whole front of this thing and the main input medium as a screen. I mean it’s a phone; it’s in your pocket, in your briefcase, it will go everywhere with you. Chances are it’s going to get scratched and rarely be smudge-free. I, for one, baby my devices until I get that inevitable first scratch, then I treat it like a redheaded step-child because I know it’s only going downhill from there.”

Note that as a semi-ginger journalist, I do not endorse this user’s hair-related prejudices.

An early example of a debate that still rages on today – the issue of replaceable batteries:

“Great job Apple for possibly solving the handheld convergence problem, but for crying out loud, it still doesn’t have a user-replaceable battery. This isn’t just a music player any more; it’s a phone and contacts organiser. Pretty much everyone I know carries a spare, charged battery for their phone so they’re not stranded if it gives out.”

The comment continued: “With music, video, touchscreen and phone all in one, I can’t imagine this thing will have a long battery life, despite Apple’s claims of 16 hours music life. Yeah, only if you use it for nothing except music, which isn’t exactly realistic on a convergence device. I’m also just tired of the transparent planned obsolescence and expensive battery replacement costs for iPods as well. Sigh…” 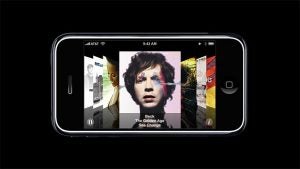 They went on: “Thanks for the years of shitty phones and phone contracts; may you vanish into the dust of a new dawn of human communications. iPhone baby, flawless insight, flawless design. Scrolling for Christ’s sake. This is how you do it! Finally a phone OS worth learning. Man you phone companies suck. Just what the hell do you do for anybody?”

9. ‘Nokia stuck with a traditional keypad for a reason’

It’s hard to imagine using a smartphone without a touchscreen these days, unless you’re a hardcore BlackBerry nerd. But for some onlookers in 2007, the possibility of touchscreen-only computing beggared belief:

“The iPhone is the first Apple product I am genuinely excited for. But one thing I don’t understand is how Apple intends for the interface to work. Did they design it to be different from the crowd and because people were expecting a revolutionary interface design?”

It continued: “The mobile market leader Nokia has been experimenting with UI in mobiles for years. Yet they have still stuck to the traditional keypad, and for a reason. They have yet to find an interface that surpasses the keypad in terms of functionality and ease of use, and touchscreen being standard technology by now was obviously considered.”

The user concluded: “So I’m still waiting to see how Apple makes a wholly touchscreen interface (sans stylus, no less) work without making the device suffer from just normal usage.”

10. ‘Reach into your jeans’ condom pocket’ 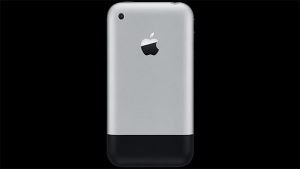 And this guy hates touchscreens even more than the last:

“It’s too big and touchscreen phones are awful. I’ve had three HTC variants and whilst they have been nice toys, they have been bad phones. The problem with touschreens is that they demand two hands. One of hold the phone, and one to touch the screen.”

He went on: “Picture the situation. You need to make a phone call quickly, in an emergency, maybe in a rough part of town. Do you a) reach into your jeans’ condom pocket, grab your 95-gram candy bar phone and dial the number by feeling the bumps on the keys, or b) get your £400 phone out of your bag or coat pocket, hold it in front of your face and press the touchscreen with the other hand.”

He added: “Style over substance. If Apple really wanted to make something different they could have made it half the size, fully waterproof, built-in GPS, and perhaps a decent camera as well, like the N73 or new Sony Ericssons.”

Needless to say, he was swiftly downvoted.

What did you think of the original iPhone when it launched back in 2007? Let us know in the comments.