Oppo has teased the existence of a larger, more feature packed Oppo R7 Plus ahead of the launch of the Oppo R7.

The Oppo R7 is far from a mystery ahead of its May 20 unveiling. Numerous leaks have revealed its bezel-less design and key features.

Perhaps that’s why Oppo has attempted to steal a march on the internet rumour mongers and tease the existence of a bigger, more advanced model.

In a recent Chinese TV ad (via SlashGear) the manufacturer showed off the Oppo R7 alongside the Oppo R7 Plus (see images below). The latter device will look much like the plain R7 with the same metal unibody design. However, it will be significantly bigger, with a larger 5.5-inch display.

Despite the screen’s size increase, it will retain the company’s bezel-free design, which is accomplished through an optical illusion that effectively projects the display outwards.

We say that the R7 Plus design will be the same as the Oppo R7, but there are actually a couple of differences here. One is the removal of the R7’s capacitive keys in favour of on-screen ones.

The other is the addition of a fingerprint scanner on the back of the device, just below a centrally mounted camera (another departure from the R7).

As mentioned, we should be seeing the official unveiling of the Oppo R7 and the Oppo R7 Plus in Beijing on May 20. 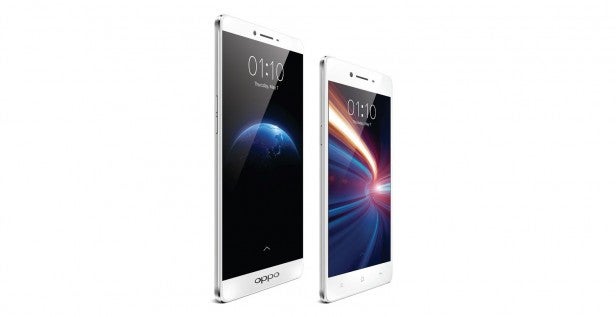 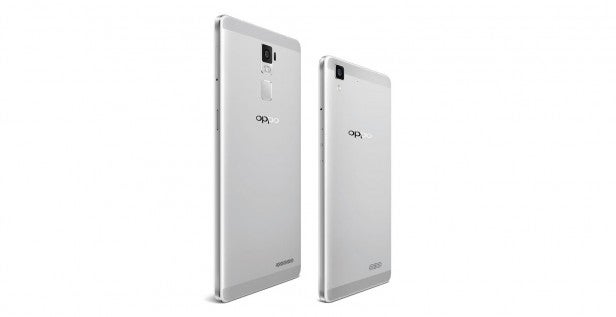