If you’re on the hunt for an excellent phone in 2019 you’ve got a couple of fantastic choices. At the top are the OnePlus 7 Pro and Huawei P30 Pro.

Both are these are high-end Android phones with a big focus on photography, top-end specs and huge batteries. But which should you choose?

The P30 Pro made its debut back in late March 2019 and has since stunned tech fans with its class-leading camera setup and rich feature set. On paper, it appears to have the OnePlus 7 Pro beat in numerous areas but it’s also significantly more expensive, starting at £899, compared to the OnePlus 7 Pro’s far more approachable £649 base model cost.

OnePlus 7 Pro vs Huawei P30 Pro: The display on the OnePlus is the best

Let’s start with the displays. Both pack in sizeable curved OLED screens that offer pure blacks and vivid colours, both have also been calibrated to cover the DCI-P3 colour gamut, feature an integrated optical fingerprint sensor (although OnePlus’ is faster) and both also welcome HDR content. HDR visuals on the OnePlus’ 6.67-inch display are stunning

For OnePlus, that last point is a major addition, with compatible media from platforms like Netflix now accessible to 7 Pro owners. OnePlus’ new star player also pushed past the P30 Pro’s HDR10 support with HDR10+ support (which allows for even greater overall brightness, as well as frame-by-frame metadata handling resulting in more accurate viewing).

This year, OnePlus has branded its display as a ‘Fluid AMOLED’ panel, named so as a result of its default 90Hz refresh rate. This means compatible content and even the simple action of navigating around the UI all looks (and feels) super smooth. The OnePlus 7 Pro is also the first device in the company’s history to jump beyond Full HD, with a QHD+ 19.5:9 panel at your fingertips.

Huawei covers the bases with its OLED technology, always-on support and HDR support but lags behind with its Full HD+ resolution, 60Hz maximum refresh rate and the ‘U’-shaped notch, which cuts into the top of the display; the 7 Pro makes the jump to a pop-up camera to keep the bezels and screen clear – those concerned about moving parts need not apply,

OnePlus 7 Pro vs Huawei P30 Pro: Slick designs all round

With that in mind, the OnePlus 7 Pro isn’t water resistant (neither were its predecessors), something the P30 Pro can lord over it, thanks to its IP68 ingress protection.

Ergonomically, the smaller size and wider radius of the rounded metal frame that sits between the P30 Pro’s glass front and back also make it easier to handle and use one-handed.

The larger 6.67-inch screen (compared to the P30 Pro’s 6.47-inch panel) on the 7 Pro is superb for enjoying media but makes the phone unquestionably unwieldy by comparison – particularly in the Nebula Blue colourway, which is great at repelling fingerprints (unlike the glossy finishes found on the other 7 Pro hues, not to mention all of the P30 Pro’s colourways) but offers far less grip.

For all the love the Huawei P30 Pro gets, there are seldom any well-wishers for the company’s skinned take on Android, Emotion UI. Despite notable strides to reshape it into a more manageable user experience, EMUI atop Android Pie, as it appears on the P30 Pro, is still clunky, messy and at times, incoherent.

OnePlus falls to the other side of this particular coin, with its OxygenOS overlay. It’s a near-stock take on Android that boasts meaningful enhancements which augment the base experience without things feeling cluttered. Unique features like the new Zen mode also help set it apart, while handy integrated gestures grant fast access to everything from the camera and media controls, to the flashlight.

OnePlus 7 Pro vs Huawei P30 Pro: A massive focus on the camera

Huawei has forged a path with the camera capabilities of its phones in recent years and the P30 Pro is no exception. It even put the mighty Pixel 3‘s camera to shame, particularly thanks to its low light capabilities, but the company didn’t stop there. 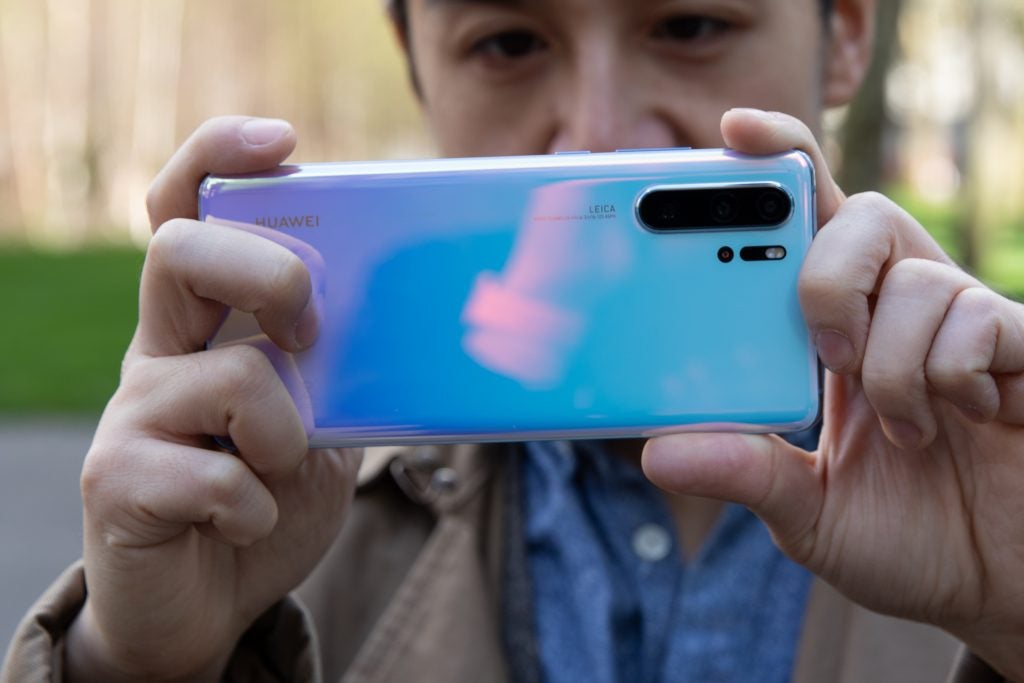 Thanks to an unorthodox periscope design that’s squeezed inside the phone’s body, it’s able to offer up to 5x lossless optical zoom and up to an unprecedented 50x hybrid zoom that retains an astonishing amount of detail. Beyond the headline features, photos enhanced by the company’s Master AI technology are also fantastic.

OnePlus has made a serious play for this year’s 7 Pro, with a triple-camera array of its own to try and match the versatility already demonstrated by Huawei’s flagship. Similarly to the P30 Pro, the OnePlus’ main sensor is accompanied by a lossless zoom telephoto lens, as well as an ultra-wide angle lens. 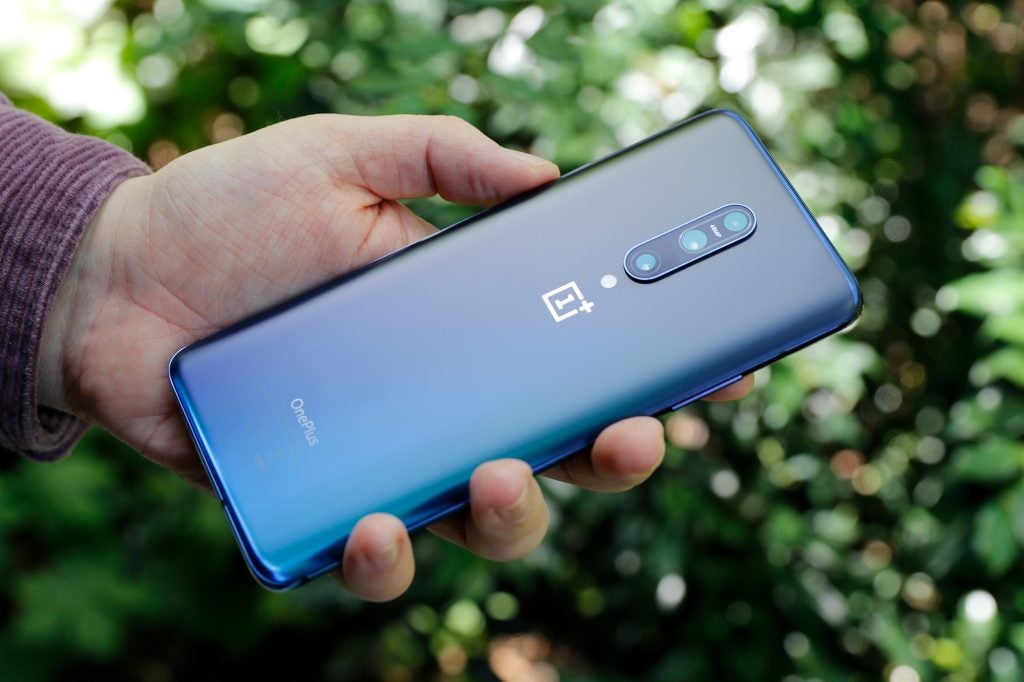 Picture quality in natural light holds plenty of promise, able to match the likes of Samsung’s Galaxy S10, however, the 48-megapixel sensor needs refinement on the software side to compete with Huawei and Google, especially in low light.

The lossless zoom is rather impressive too, at least at its 3x optical limit. Even so, it can’t compete with what the P30 Pro is packing on a technical level.

You can’t compete in the flagship space if your device doesn’t boast great battery life and speedy recharge times. Thankfully both technologies make an appearance in both phones in this instance but the balance tips firmly in Huawei’s favour. 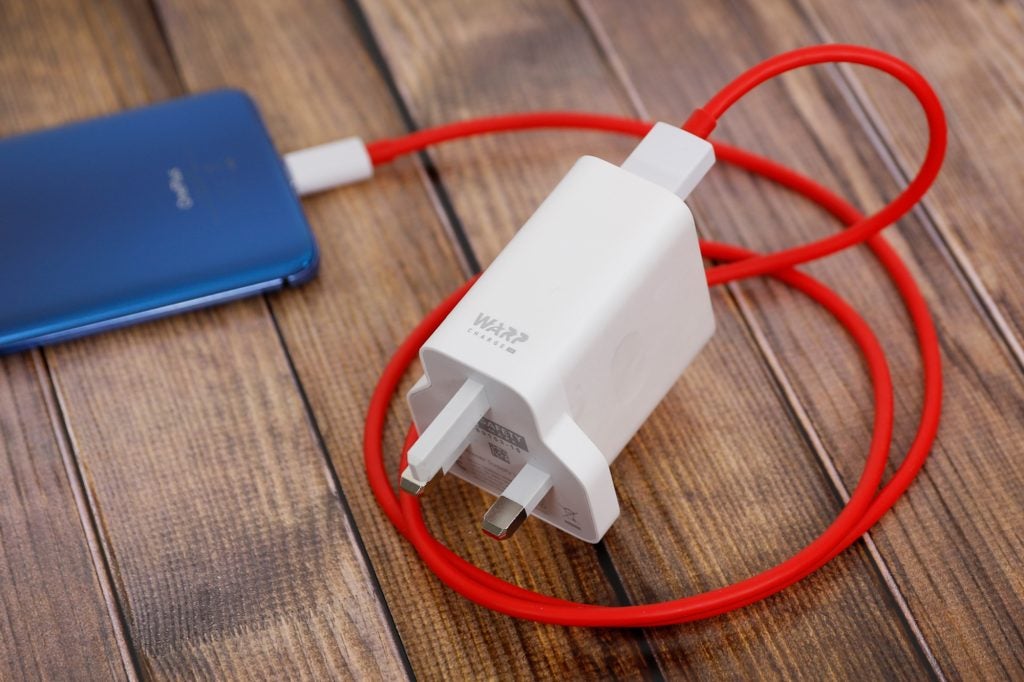 The P30 Pro surpasses OnePlus’ 30W Warp Charge with its own 40W Super Charge tech, while the sizeable 4000mAh battery inside the OnePlus 7 Pro is also trumped by an even bigger 4200mAh cell in Huawei’s device.

As for longevity, both phones offer a couple of days of use in a charge, which is pretty impressive stuff. The 7 Pro can muster a wholly respectable 5 hours of screen-on time within that, while the extra capacity inside the P30 Pro can grant you up to an additional hour on top.