This year’s IFA 2017 tradeshow is only just underway, but Acer is already churning out tech news – including a tempting selection of new laptops.

Back to school season is upon us, which is why it’s no surprise to see Taiwanese tech giant Acer launching a range of new slim, lightweight notebooks that could be the perfect choice for essay-burdened students in desperate need of a Netflix binge.

“Acer is constantly bringing the latest technology to its notebooks across the portfolio to give people the personal computing experience they demand in an always-on, digitally-driven world,” said Jerry Kao, President of IT Products at Acer.

“Whether for work, play or creating, in the office or on-the-go, Acer offers a wide range of products to meet diverse and unique needs of the modern user,” he added.

We’ve rounded up all the details on Acer’s new gear, which you’ll find below.

The company claims that the device is the “world’s first” fanless 2-in-1 notebook equipped with discrete graphics. Apparently, this is made possible using a custom fanless cooling technology built by Acer that’s being dubbed Dual LiquidLoop. 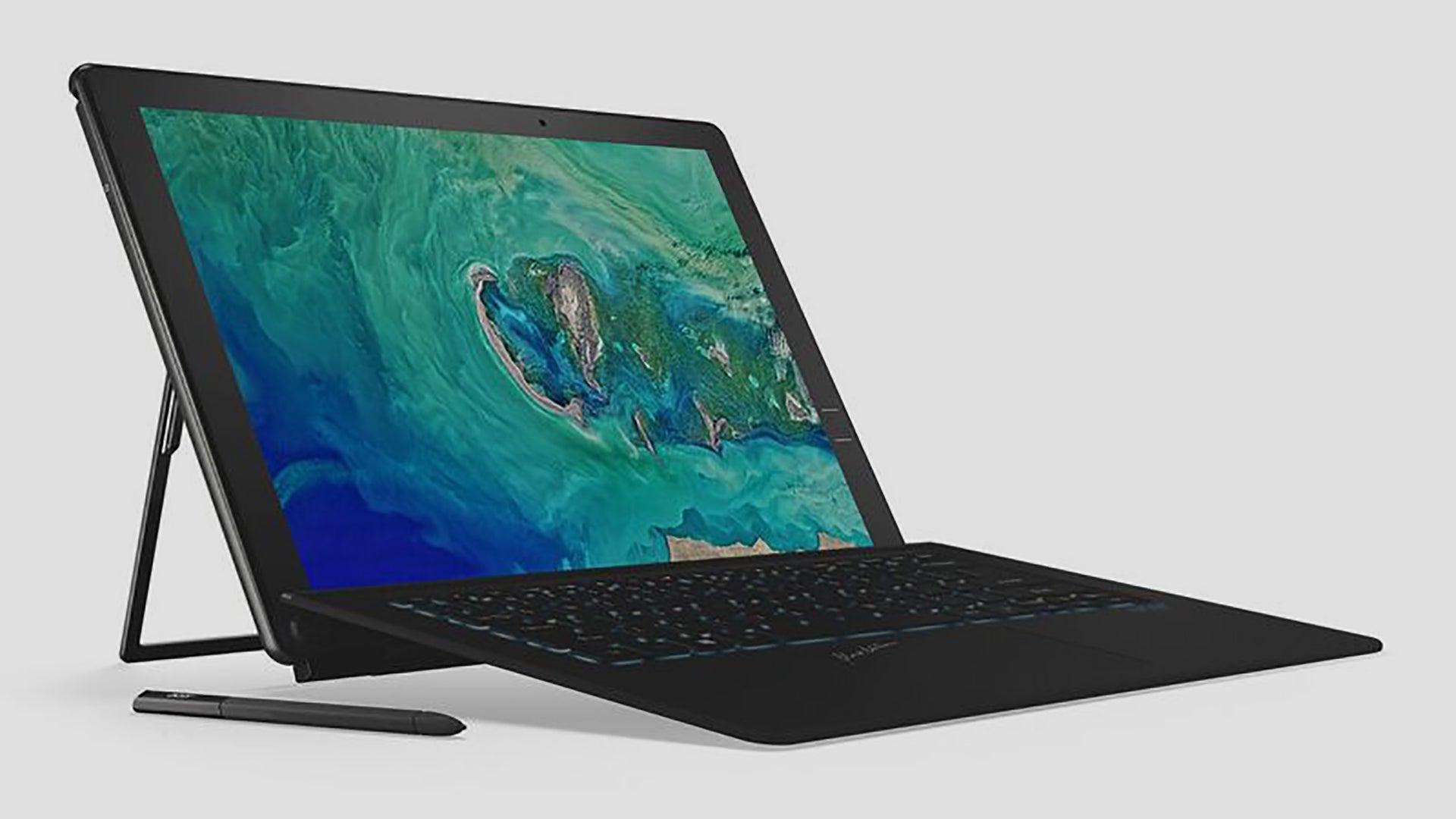 Inside the laptop, you’ll find an 8th-generation Intel Core i7 processor and Nvidia’s GeForce MX150 graphics card, an entry-level mobile GPU. The laptop itself weighs less than 1.15kg with the keyboard detached, and features a brushed aluminium body that Acer says offers “a robust feel and beautiful tactile touch”.

Acer has equipped the Switch 7 Black Edition with a large 13.5-inch IPS display that offers a resolution of 2256 x 1504 pixels. It runs on Window 10, supports Windows Hello, and even includes an optical-based under-glass fingerprint sensor that lets you power on the device through user authentication.

The Acer Switch 7 Black Edition is the most expensive of the new laptop line-up, and will be available in Europe from December, starting at €1,999.

Next up is the Swift 5 (pictured above), a new machine that Acer says is designed for users who want portability, performance, and style to boot.

The lightweight chassis is the main selling point – this device weighs less than 1kg, which is Apple MacBook territory. The weight is kept down thanks to a “sophisticated selection of materials” that includes magnesium-lithium allots for the top and bottom cover, and magnesium-aluminium alloys for additional sturdiness on the palm-rest area. Last year’s Swift 5 weighed in at nearly 1.4kg, so this is a big deal.

As expected, the Acer Swift 5 also features an 8th-generation Intel Core processor (unspecified at this point), and boasts a fairly generous 8-hour battery life. There’s a Full HD IPS touchscreen display too, which – when paired with Dolby Audio Premium sound – should make for respectable Netflix bingeing.

Acer is selling the Swift 5 in Europe starting in December, with a confirmed recommended retail price of €1,099.

Acer’s latest all-metal Chromebook is a bit of a beast, weighing in at over 1.7kg, packing a 15.6-inch screen. With that bulk you get a laptop that’s said to last 12 hours on a single charge. This is thanks to its low power Intel Celeron or Pentium processor, which will offer modest performance in exchange for power efficiency. You get a Full HD screen, upwards-facing speakers and a wide-angle webcam, along with Google’s lightweight Chrome OS. 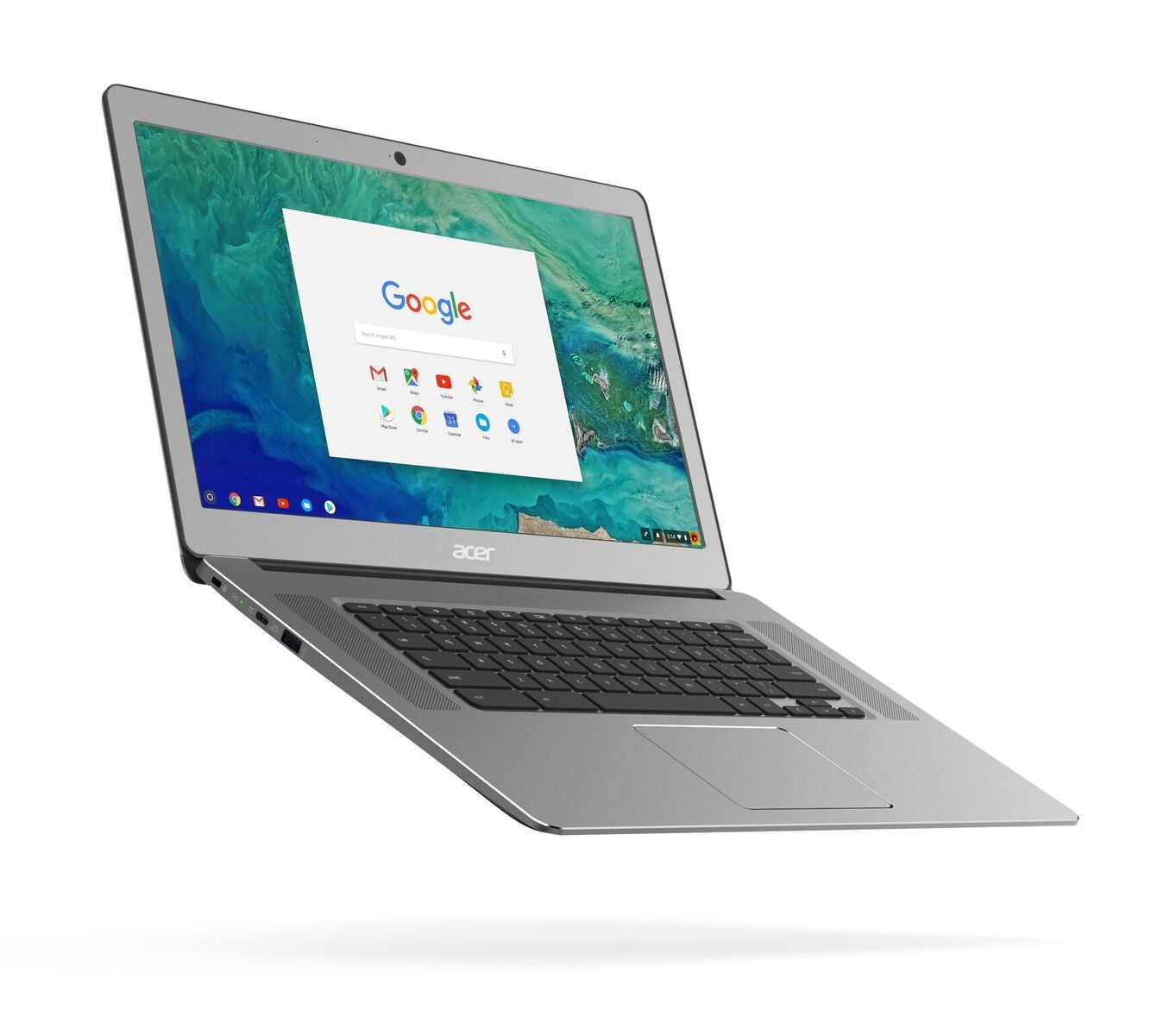 It’ll go on sale in October for $399 (probably £399) in a variety of specifications, so watch this space for what we get here in Blightly.

Last, but certainly not least, is the Acer Spin 5, a lightweight convertible machine that prices in cheaper than all the other laptops revealed during the announcement. 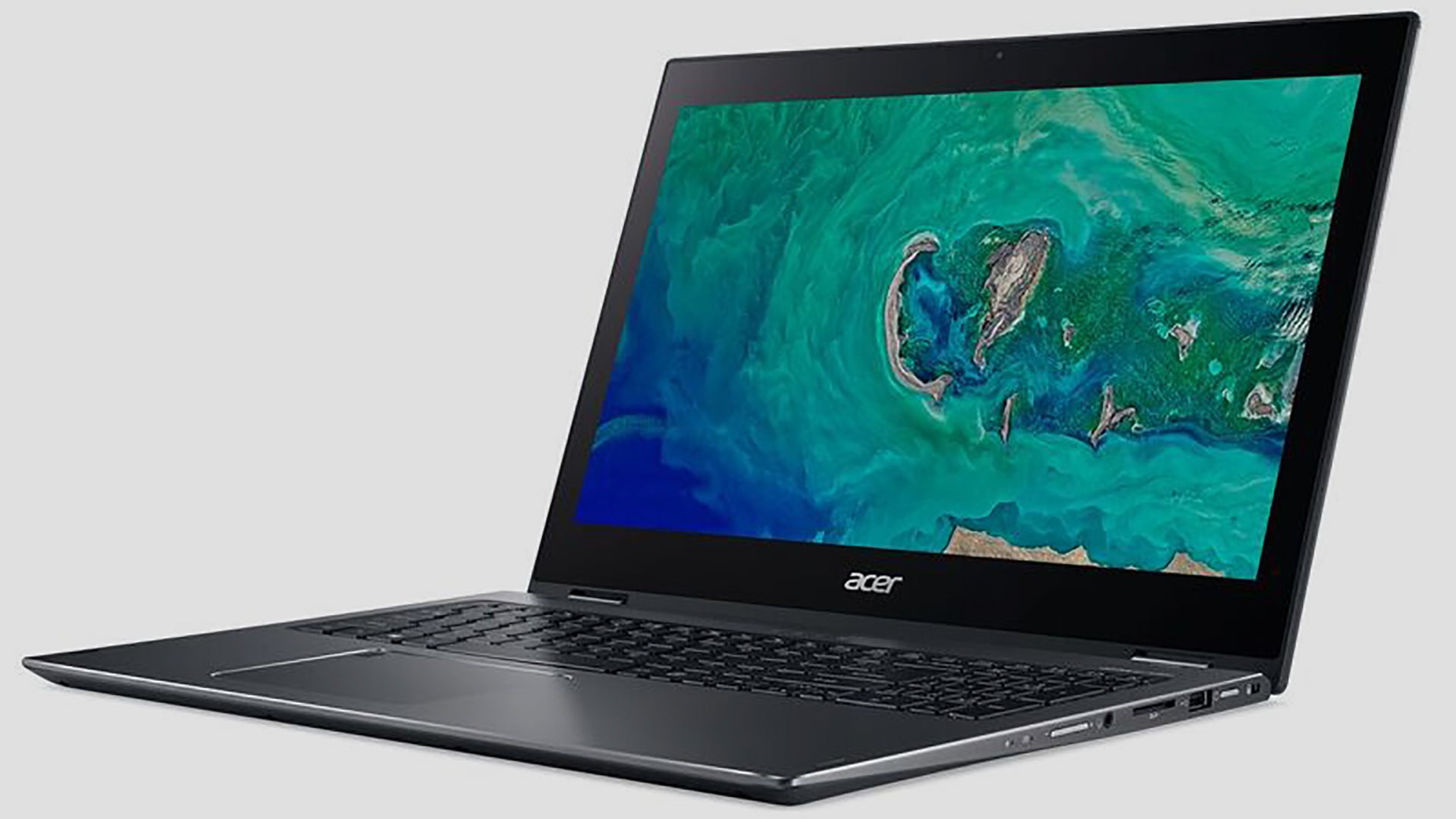 The Spin 5 comes in 13-inch and 15-inch variants, the former of which weighs just 1.5kg and measures in at a svelte 15.9mm. It also features an 8th-generation Intel Core processor, and can be equipped with up to 16GB of DDR4 memory.

Other configuration options include up to 13 hours of battery life and a discrete Nvidia GeForce GTX 1050 graphics card option for the 15-inch model.

The Acer Spin 5 will be available in Europe from September, with the 13-inch model starting at €899 and the 15-inch model setting you back €999.