Apple launched the MacBook Air M1 at the end of 2020, but rumours suggest a MacBook Air 2021 could launch before the end of the year with an all-new design.

Last year’s MacBook Air M1 packed a powerful new Apple Silicon chip into a rather inconspicuous-looking MacBook Air. While there were few changes to note in the design, the M1 chip gave the ultrabook line a serious boost in performance and battery life, as well as improved app support.

Now, it’s rumoured Apple will be revamping the MacBook Air on the outside to compliment its powerful, new processor.

Leaks and rumours are already beginning to surface, offering us an early peek at what Apple has in store later this year.

Read on to discover what all know about the MacBook Air 2021 so far and be sure to bookmark this page too, as we plan to update it regularly with all the latest news and rumours.

MacBook Air 2021 release date – when will it launch?

According to a recent report by Bloomberg, the MacBook Air 2021 will be available either in the second half of 2021 or in early 2022.

Apple doesn’t have a particularly consistent release schedule for its Air line the way it does for devices like the iPhone. The MacBook Air M1 launched in November 2020 just months after the March release of the Intel-based MacBook Air 2020.

The MacBook Air is currently the most affordable device in the Mac line, but whether the 2021 model will remain at this price is currently unclear. Both 2020 models have a starting price of $999/£999/€1129, meaning the switch to Apple Silicon didn’t come at any additional cost.

However, a recent report by Mark Gurman at Bloomberg suggests the upcoming Air will be a higher-end version of the ultrabook and that the current model will stick around as the entry-level offering. If this is true, the new Air could be pricier than its predecessor. 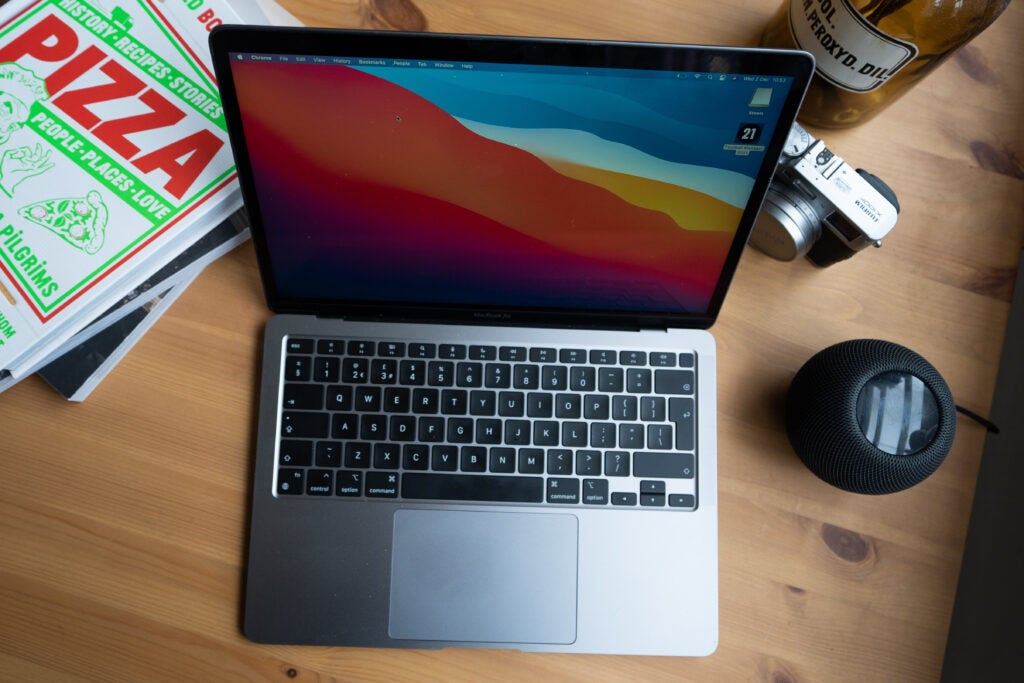 According to the Bloomberg report, the MacBook Air 2021 will see a revamped design, including a thinner body and the return of MagSafe charging.

Apple will apparently produce the thinner and lighter Air by slimming down the bezel that borders the 13-inch display. This will allow the company to reduce the size and weight of the body without sacrificing any screen space.

According to the report, Apple has no plans to go bigger and release a 15-inch model this year, either.

Gurman’s source also suggests the new Air could mark the return of Apple’s MagSafe magnetic charging system. MagSafe, which was replaced by USB-C in 2018, allows the power cable to detach easily when pulled, helping to avert any accidents that could occur when someone trips over the cable.

The 2021 model is also rumoured to be getting two USB 4 ports, which can support faster transfer speeds than the existing USB 3.2

As mentioned earlier, the new MacBook Air is expected to be a “higher-end version” of the current MacBook Air, with the 2020 model expected to stick around as Apple’s entry-level ultrabook.

The 2021 Air will undoubtedly pack a Apple Silicon processor, but it’s unknown whether this will be the existing M1 chip or an even more powerful version that’s rumoured for the MacBook Pro 2021 and iMac 2021.