The MacBook Air and Dell XPS have long been considered two of the best laptop ranges you can buy, but which is better for you?

The recent news that Dell will be embracing Intel’s new Tiger Lake processor will likely give the XPS a big advantage, at least until the MacBook Air is fitted with the upcoming Apple Silicon technology.

But at the time of writing, neither the Tiger Lake or Apple Silicon models are available to buy, so this guide will largely stick to the laptops already in stores.

Moving swiftly on from the introductions, let’s get into the nitty-gritty of what differentiates these two cracking machines and try to carve out a winner from MacBook Air 2020 vs Dell XPS 13 2020.

The difference in price seems to mainly come down to the Intel Core i3 processor on the £999 MacBook Air compared to the i5 on the Dell. You can opt for an i5 version of the MacBook Air 2020 which will still come in at £100 less than the XPS 13, at just £1299.

So, MacBook Air 2020 might get the win here as it offers a more wallet-friendly option for students, but it could be argued the Dell provides better value for money. Let’s move onto to a deeper dive into the specs to help out with this quandary. 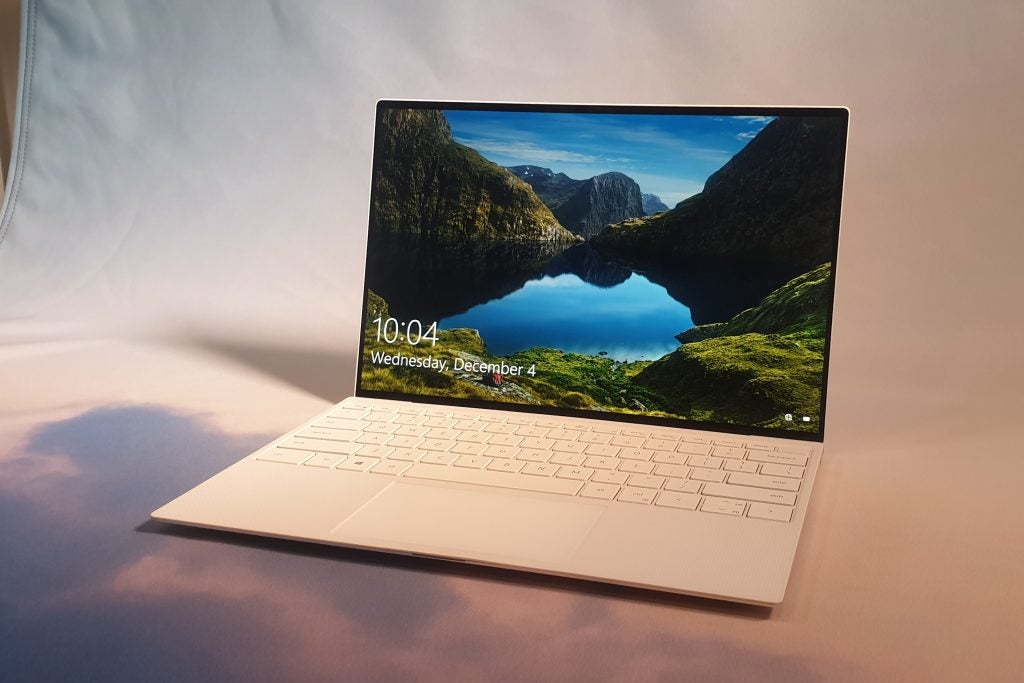 Both the latest versions of the MacBook Air and Dell XPS 13 include the latest 10th Gen Ice Lake editions of Intel processor, meaning neither will be a slouch on performance, especially for productivity tasking.

If you do have more cash to spend then bear in mind that both devices can be specced up even higher from these models with a ton of other customisation options – from getting an i7 processor on the MacBook Air or adding a 4K display to the Dell XPS 13.

A standout spec is the low storage on the base model of the MacBook Air 2020. If you think you can cope with the lower storage then it’s a great way to save some money but you should definitely shell out for more if you don’t think its enough.

Another factor to consider when it comes to the processors onboard is what they are capable of doing. Playing games really isn’t a thing on a MacBook Air, and so, if you are wanting to use the modest gaming capabilities of Intel’s new Ice Lake processors – such as basic settings on the likes of Fortnite and Rocket League – then you’ll want to grab the Dell.

It’s worth pointing out that a new Dell XPS 13 laptop is confirmed to be arriving “soon”, featuring Intel’s 11th Generation processor. This will apparently provide a 2x boost to the graphics performance while also allowing for features such as Thunderbolt 4 and 5G connectivity. We don’t know whether new Dell will benefit from all of these features, but improvements are still expected so it may be worth waiting for that model.

The MacBook range has long-offered gorgeous wedges of metallic design – almost never deviating from this tried and testing formula. To put it simply, Apple’s laptops have a style and you know if you like it.

While Apple has caused much of the industry to tweak with its own designs and towards a more MacBook-like metal design (e.g. Surface Laptop 3 13 and Huawei MateBook X Pro), Dell has remained steadfast with its carbon-fibre look. Dell has had some mishaps along the way such as the garish below-display webcam placement but it finally seems to have settled on an attractive design that can take on the best of them.

With the latest Dell XPS 13 2020 model, the bezel has been shrunk down so it’s barely even noticeable, resulting in a slick, clean look. The MacBook Air bezel is hardly chunky, but its still noticeably thicker (especially at the bottom) than the XPS 13.

You like what you like and if you are a fan of the MacBook-style it’ll be hard to persuade you otherwise, but we do personally love the XPS 13 look.

In a world of seemingly endless configurations, it’s hard to determine a definitive winner in the MacBook Air 2020 vs Dell XPS 13 2020, especially since we’ve yet to finish our review of the former.

From what we know thus far, the MacBook Air 2020 offers the most attractive option when it comes to price, but there’s no reason to shy away from the Dell XPS 13 2020 if you fancy spending a bit more for some extra horsepower.

But with a new Dell XPS 13 seemingly right around the corner with a new, improved processor, it’s probably worth waiting a few months before committing to a purchase.