As we move deeper into iPhone 8 speculation season, post WWDC, one of the most intriguing questions is just where will Apple put the Touch ID sensor?

With it seeming ever-more-certain the company will ditch the traditional home button, there have been multiple alternate locations touted on the rumor mill.

For a while, folks thought it might be on the rear of the device, but alleged component and case leaks appear to have shot that down.

A third possibility appears to be a smaller display, such as the MacBook Pro’s Touch Bar, but that seems even less likely.

So, allow us to introduce to option four; a fingerprint sensor within the… power button?

Yes, Apple has been granted a patent for a fingerprint sensor within a power button on the top of a mobile device (via Patently Apple). 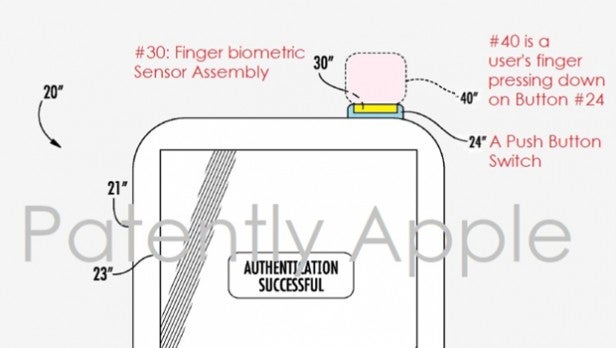 It explains a method for placing the fingerprint sensor within a button, while the diagram to accompany the filing seems to show it in action.

How this solution would work remains to be seen. Obviously, the power button is too slim to accommodate a full finger print, so it seems unlikely Apple would go down this route, unless there was some mechanism for sliding a finger across the sensor perhaps?

Our money is still on Apple getting the in-display sensor technology right, even if it comes at the expense of an iPhone 8 release delay.

Where do you think Apple will end up placing the security feature? Share your thoughts in the comments section below.