Gaming laptops have long been accused of being too heavy and cumbersome for a genuine on-the-go gaming experience, but Intel reckons its new H35 Series processors could allow laptop manufacturers to make smaller and more portable machines while still retaining the high performance levels that gamers crave.

Intel claims these new chips offer the “fastest single-threaded performance of any laptop processor” with up to a 5Ghz turbo speed. Further more, Intel suggests that laptops using this mobile processor (when accompanied by a discrete GPU) will be able to reach a 70+ FPS performance in games with high settings.

That said, this performance target will likely be for low-intensive games such as Destiny 2 and Valorant rather than demanding games like CyberPunk. 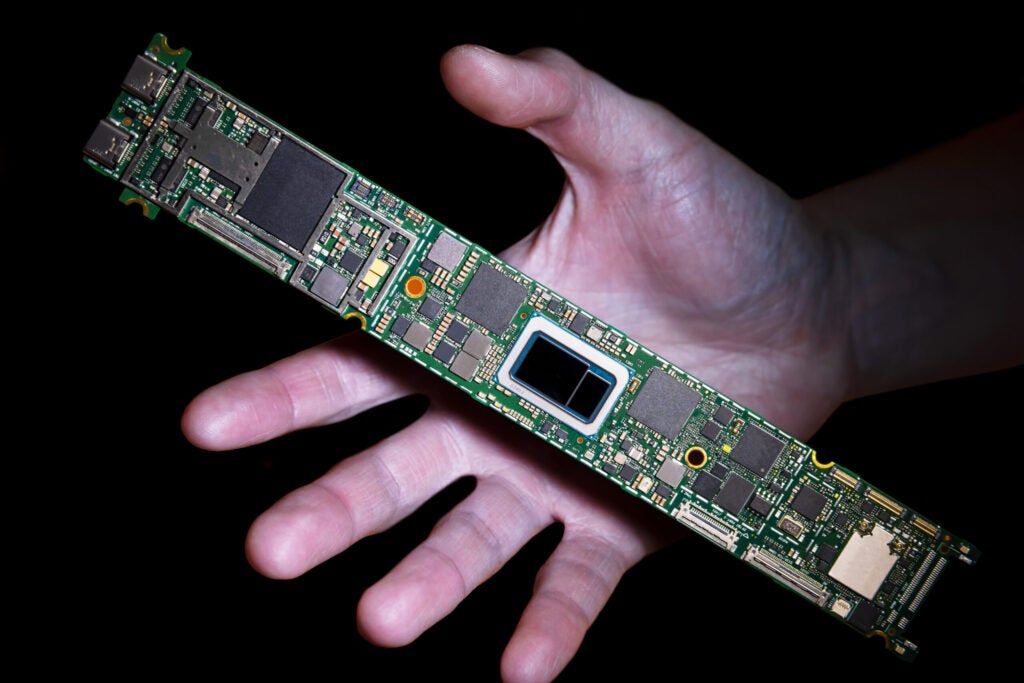 By featuring new Gen 4 PCIE architecture, these new Intel processors should be able to play nice with the latest discrete graphics. While next-gen GPUs are yet to arrive on gaming laptops, there’s intense speculation to suggest Nvidia’s 30-Series cards could be making the move to portables very soon.

Despite rocking admirable performance power, the H35 Series processors will be able to be housed inside laptops that are as thin as 16mm in height. Intel has emphasised that these new mobile processors aren’t for those craving the absolute most power in a gaming laptop, but are instead aimed at gamers looking for the best balance between portability and ‘enthusiast level gaming prowess’.

40 different laptop designs featuring the H35 Series processors will reportedly be arriving in the first half of 2021. Acer, Asus and MSI have already been confirmed to be some of the laptop manufacturers working on such designs.

If you’re not fussed about ultra-portable gaming laptops, don’t be dismayed. Intel also revealed that its full-fat 11th Gen Intel Core H-Series processors will also be launching in Q1 2021, proving to be the true successor to Comet Lake with a ‘desktop calibre performance’. These upcoming processors will see up to 8 cores and 16 threads, prioritising performance power above all else. Stick to Trusted Reviews for more information.