Huawei announced a duo of new phones – the Huawei P20 and Huawei P20 Pro – at an event in Paris in April. They are the upgrades to last year’s P10 and will sit alongside the Mate 10 in Huawei’s high-end lineup.

The new phones spell big departures from the norm for Huawei, with the company updating the design and adding a huge number of fancy new camera features. But what are the differences between the two models?

Actually, quite a lot. Let’s have a look and break down the details. 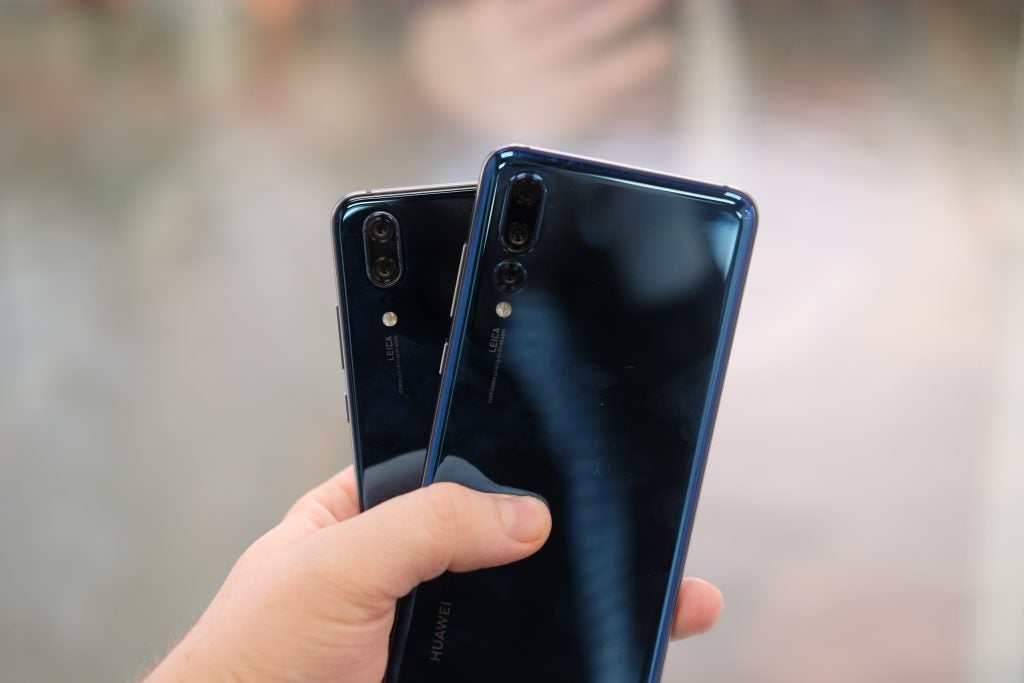 While many phones that come in two variations are likely to have similar features and specs, the duo of P20s are actually very different. In my view this is a shame, especially for those who appreciate a smaller device. However, it does clearly position the P20 Pro as the flagship model.

The biggest difference is the camera. The P20 has a pair of sensors – one 12 megapixel and one 20 megapixel – in a setup similar to the P10. One captures monochrome data and the other delivers the colour. It’s a fine array that’s worked well for phones such as the Mate 10.

However, the P20 Pro packs in three sensors, one of which is a 40-megapixel colour sensor. Sitting below that huge main camera is an 8-megapixel telephoto sensor and a 20-megapixel monochrome unit. Shooting photos at 40-megapixels is a nice marquee feature, but in reality it isn’t the way we think most people will be using this camera. Instead, there’s a 10-megapixel mode that essentially turns 4 megapixels into one bigger pixel and lets more light into the sensor as a result. The results from both the cameras are very impressive, but the extra features do make the Pro model better. Having the telephoto sensor too, which is stabilised and lets you zoom into 3x losslessly, gives you more freedom with your shots and again is a reason to go for the Pro.

Also different are the two model’s displays. The Pro handset benefits from a larger size – 6.1-inch as opposed to 5.8-inch – and it also uses an OLED as opposed to an LCD panel. OLED is the same display type used in the Samsung Galaxy S9 and iPhone X, and the result is better contrast, perfect blacks and greater vibrancy to colours. You get the same FHD+ resolution on both phones, but the superior screen tech makes the P20 Pro look better. 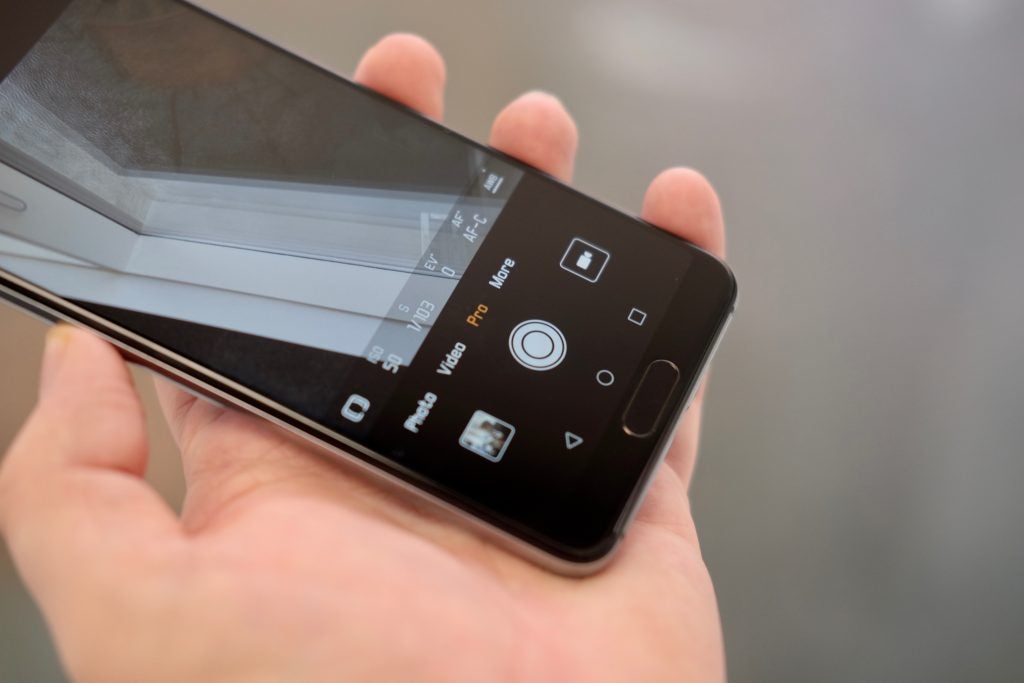 You’ll find the same Kirin 970 inside the P20 and P20 Pro, paired with 128GB storage and a microSD slot. The Pro has 6GB of RAM, whereas the P20 has 4GB. Both phones are fast, though they’re not quite as nippy as something running an Snapdragon 845. That’s in real-life use anyway.

It’s typical for the larger model of a duo to include a bigger battery, and this remains the case here. The P20 Pro has a 4000mAh battery – larger than the majority of other flagships – while the P20 has a 3400mAh cell. Even though the P20 has the smaller battery, it’s still larger than similarly sized phones such as the Galaxy S9.

Battery life is impressive on both phones and we constantly got through the day without reaching for a plug. Pick the Pro model if you want to push it even more.

Now there are plenty of things that are the same: USB-C Super Charge support; EMUI layered over Android 8.1; AI specific modes for altering the camera settings, depending on your environment; and a 24-megapixel selfie camera. There’s also a fingerprint scanner on both, face-unlock methods and no headphone jack.

Huawei’s phone design has improved meteorically in recent years, and we believed it had reached its peak with the excellent Mate 10 Pro. However, the P20 and P20 Pro both feel like genuine steps forward. Well, mostly.

From the rear these phones look lovely: shiny glass paired with equally shiny-metal rims. The colour choices are classy, the material high-end, and even the Leica and Huawei branding is tasteful. 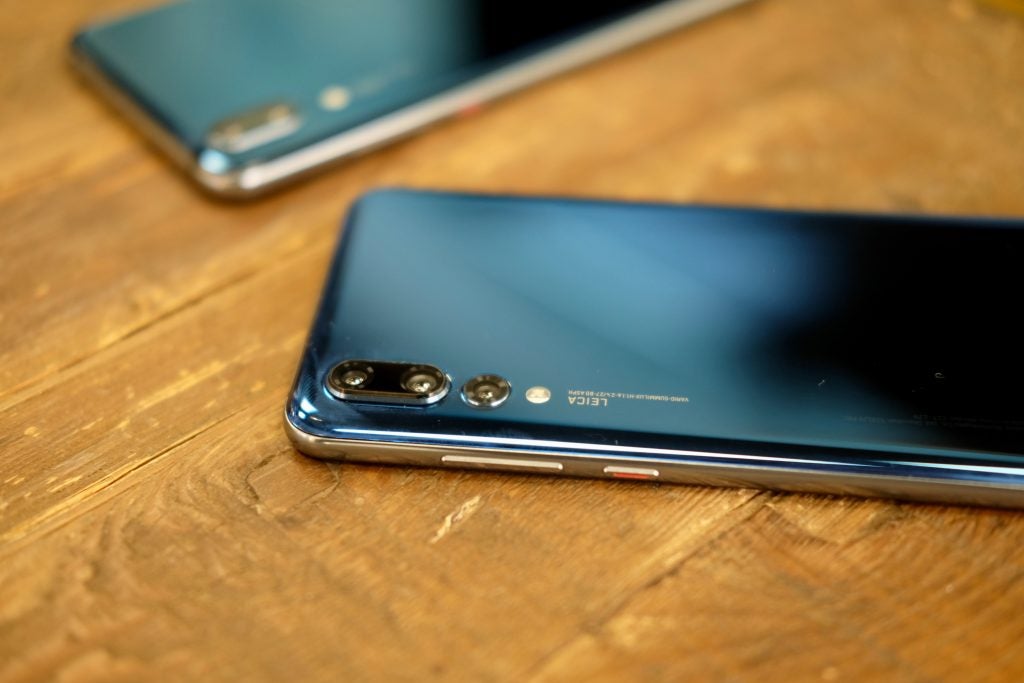 Flip them over, though, and they’re far less convincing. The news that these phones would include a ‘notch’ – a small cut-out on the top of the display – leaked out months ago, and while we’re not fans of the trend, it’s something that’s likely to be common in 2018.

The problem is the placement of the notch; it doesn’t need to be as far up the phone because there’s a spacious chin below the display. Pop the fingerprint sensor on the rear of the device, push the screen down a little, and there’s no need for the notch at all.

Both phones are missing a headphone jack, and only the P20 Pro boasts an IP67 rating. The lack of any water-resistance rating is another knock against the smaller model.

Not only does the P20 Pro benefit from a better display type in OLED, but it includes more RAM, a better camera and water-resistance. Unless you really want the smaller screen, we’d suggest plumping for the larger of the two siblings.

The regular P20 is still a good phone, but it can’t match the Pro. What the P20 does have is price – it starts at £599, whereas the Pro is £799. That’s still cheap for a flagship phone with this many features, but still a big investment.