But how do they compare to one another? Do you need to splash out on the full Pro experience, or is the plain Mate 30 looking like the smarter buy?

We’ll delve into the specs in a little more detail below. For now, though, let’s run through the main take-away points.

You don’t appear to have to compromise on quality either, with both phones adopting vibrant OLED technology over LCD. Deep blacks all round. 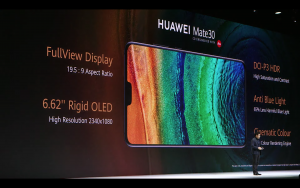 Both phones pack multi-lens Leica cameras. We’re expecting great things from both judging from the performance of their immediate predecessors. 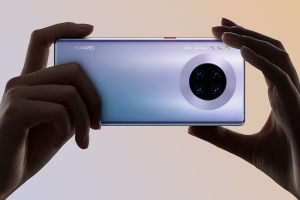 The two camera systems have the same 3x optical and 3x digital zoom range, but the Pro has double the ISO limit and dual-OIS image stabilisation against the Mate 30’s single-OIS.

Both phones run on the new Kirin 990 chip. While it’s built using the same-sized 7nm process as the Kirin 980 before it, Huawei claims a 23% boost to CPU performance and a massive 39% boost to GPU performance. They’re both going to be among the top Android performers, it seems.

Both phones sport an anti-slip finish to the bottom half of the rear panel, which then transition to a glossier finish at the top. It’s quite a striking effect.

Even more striking is the camera design. Both phones place their multi-sensor Leica cameras in the centre, within a large black circular module. It gives them the look of, well, a high-grade camera.

Though the Huawei Mate 30’s display is larger, it’s also completely flat. The Pro’s screen, by contrast, curves off at either edge. Whether you see that as a good thing or a bad thing is down to personal preference, but it certainly looks more attractive than its plain Jane brother.

One practical advantage of this dual-curved display is that the Mate 30 Pro is 3mm narrower than the Mate 30, meaning it should be a little better suited to single-handed usage. 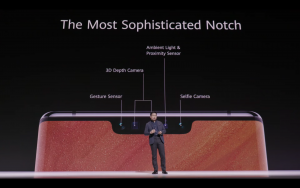 There’s minimal weight difference between these two phones, with both coming in a little south of the 200g mark. Given the size of their batteries that’s quite an achievement.

The Mate 30 Pro packs a wider notch than the Mate 30, but that’s because it features a more advanced 3D facial recognition system for secure biometric authentication. With the Mate 30, you’ll probably want to rely on its in-display fingerprint sensor instead. Both tiers get this particular advanced form of authentication this time around, which is nice to see.

There’s some disparity with the build quality, however. The Mate 30 Pro is IP68 certified, while the Mate 30 is only IP53, meaning that the Pro model will be able to stand up to water submersion and dust particles much better.

All of these specs sound impressive in total, but both the Huawei Mate 30 and the Huawei Mate 30 Pro could fall down big time on software. While both run a form of Android 10, neither will have access to Google’s services or apps. They will also be cut off from the Google Play Store, so you’ll have to rely on Huawei’s own home-brewed (and downright inferior) alternative.