Say hello to the Huawei Mate 10 Lite, a full-metal bodied smartphone with a quad camera set up and 18:9 FHD+ display.

Merely weeks before Huawei launches its Mate 10 flagship phone to take on the likes of Samsung’s Galaxy Note 8 in the over-sized phone arena, details about its lesser sibling have been leaked to VentureBeat by a person familiar with Huawei’s phone plans.

Supposedly code named Rhone, the Mate smartphones with the Lite suffix are less-expensive and less-premium versions of their flagship predecessors. 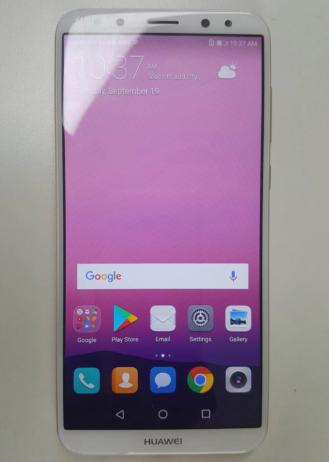 But the Mate 10 Lite doesn’t scream budget handset with its unibody metal design, large 5.9-inch 1080 x 2160 resolution display with the aspect ratio found in top-of-the-line phones like the LG G6.

The display will be the first time Huawei has put its FullView screen into a smartphone, but other stand-out features of the Mate 10 Lite include its four camera setup.

On its rear the Lite will have a dual lens camera array with one high-resolution 16MP sensor paired with a 2MP lens. The front-facing cameras have a similar setup only with the high-resolution sensor coming in at 13MP.

Under the unibody, Hauwei’s Krin 659 octa-core chip running at 2.36Ghz is reportedly present and correct, with RAM measuring in at 4GB and 64GB of storage on offer. Battery size is 3,340mAh, which should see the Lite last until the end of the day.

The Mate 10 Lite is slated for the same October 16 launch as the Mate 10, so we’ll soon see if the leaked details are correct or if Huawei has something else up its sleeve.

What do you want to see from the Huawei Mate 10 Lite? Let us know on Facebook or tweet @TrustedReviews.