We take a look at how the HTC 10 matches up against the One M9 to see whether HTC has learned its lesson.

The HTC 10 has been one of the most-discussed (and most-leaked) flagship phones of 2016 so far, and with good reason. After the deeply disappointing HTC One M9, people really want to see a return to form for the Taiwanese manufacturer.

Now that the HTC 10 has been announced and we have a handle on what’s coming our way, it’s time we took a look at whether this year’s model represents genuine progress.

Here’s how the HTC 10 is looking next to its predecessor, the HTC One M9.

Even Apple changes its smartphone design every other year.

HTC hasn’t made the same mistake again. The HTC 10 looks notably different from its predecessors, with a unique emphasised chamfer on the edges. Meanwhile, the front of the device has a somewhat iPhone 6S-esque curved 2.5D glass appearance.

Perhaps more controversially, HTC has returned to the use of fixed capacitive buttons either side of a physical home button. It’s the same approach as Samsung has employed for years, but it runs counter to the way Google has been pushing things of late.

Still, it’s heartening to see HTC returning to the fresh premium design work with which it made its name.

HTC 10 vs HTC One M9: Much improved display

Another source of consternation with the HTC One M9 was its lack of progress in the display department. Here was another 5-inch 1080p LCD screen at a time when its rivals were embracing 2K resolutions.

Again, HTC has learned its lesson. The HTC 10’s display bumps things up to 2K, while retaining a relatively compact size at 5.2-inches. That’s a Samsung Galaxy S7-like combination, resulting in a pixel-packed 564ppi picture. 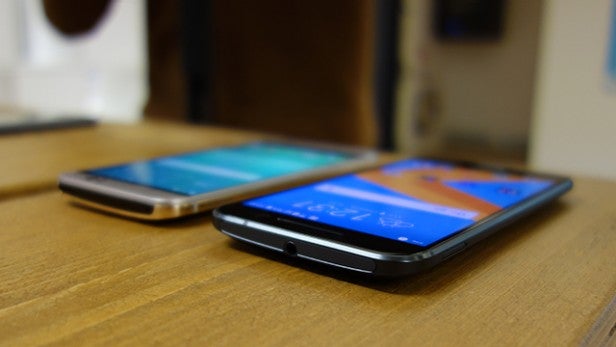 Meanwhile, HTC calls the HTC 10’s LCD 5 screen technology ‘cinema standard’ – a claim we’ll have to put to the test in our review.

The HTC 10’s screen doesn’t just improve things on the picture front, though. It’s also extremely responsive. In fact, at 120 milliseconds, HTC is calling it the fastest touch display on the market. By way of reference, the Samsung Galaxy S7’s gorgeous screen has response times of ‘only’ 163 milliseconds.

It never rains in smartphoneland. It pours. As if the HTC One M9 didn’t have enough troubles, it also had to deal with a slightly dodgy early model of the Snapdragon 810 CPU. It could be a pretty fast chip, but it had the bad habit of overheating and not quite living up to its full potential.

The HTC 10 rectifies this with the Snapdragon 820, which by all reports (including our own) is a much more stable chip. It’s also twice as fast, so performance should be noticeably superior for the HTC 10. There’s also an extra GB of RAM on the newer device. 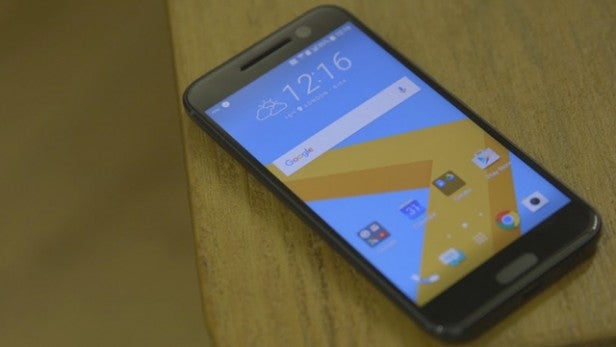 We’ve already observed what a great performer the Snapdragon 820 is in other flagship phones like the LG G5, so we’re confident that the HTC 10 will blitz its predecessor in all the benchmarks that matter – and a fair few that don’t.

HTC 10 vs HTC One M9: A camera that can finally compete

The company simply can’t seem to make a competitive camera. Adequate, yes. Maybe even decent. But it hasn’t operated in the same photographic field as Samsung, LG, or Apple of late.

We can’t be sure just yet, but it might have cracked it with the HTC 10’s rear snapper. It makes all the right noises on the spec front: a large 12-megapixel sensor that specialises in low-light performance, larger-than-average 1.55micron pixels (just like the Nexus 6P), OIS, a wide f/1.8 aperture lens, second-generation laser autofocus, and a speedy 0.6 second launch time. It’s all here. 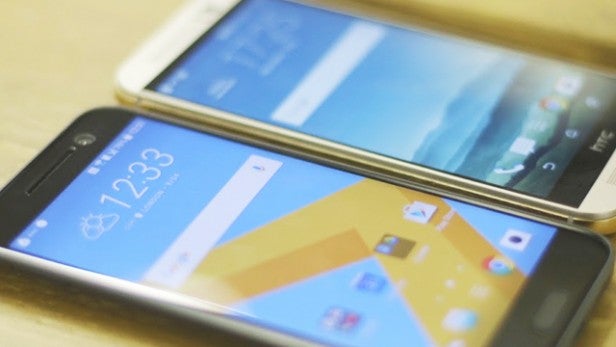 Yes, the HTC One M9 had a more headline-grabbing 20.7-megapixel sensor, but we all know that pixels aren’t everything in mobile cameras. Samsung pegged things back this year to get better low-light performance, and that’s just what HTC has done too.

HTC has also gone back to the drawing board with its camera UI, with greater manual control and RAW support.

Even the front-facing 5-megapixel camera has had some attention. It’s the first to feature optical image stabilisation. Your selfies should be bright and blur-free.

On the video front, you get the world’s first 4K video with 24-bit hi-res audio, so your footage should sound as good as it looks.

HTC is claiming two days of battery life for the HTC 10, which is pretty extraordinary for a flagship phone if true. We’ll have to check to see if this proves accurate in real world usage. 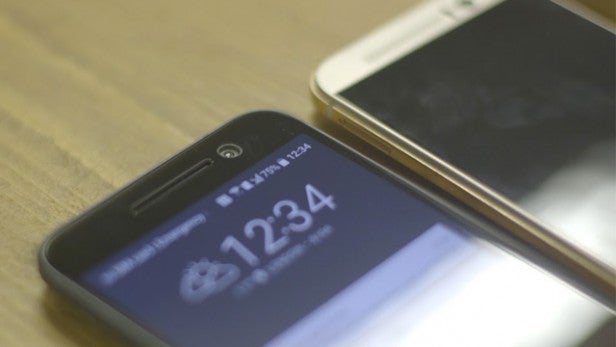 Given that we described the HTC One M9’s battery life as “good, but not outstanding” in our review, we’re expecting a marked improvement.

Just as interesting is the HTC 10’s Quick Charge 3.0 capability, which will enable you to get day’s worth of juice into the battery in just 30 minutes.

The HTC 10’s sleek new design led some to speculate that HTC had ditched one of the HTC One M9’s stronger components: stereo BoomSound speakers.

Fortunately, that doesn’t appear to be the case. In fact, the HTC 10’s sound output will be even better than the HTC One M9’s.

This time around you get a tweeter at the top and a subwoofer at the bottom, while there’s a dedicated amplifier for each driver. Add in a 24-bit DAC for hi-res audio playback and music up-scaling, and you could have the best phone for audiophiles yet.

HTC went conservative with the HTC One M9, a solid but deeply unspectacular gamble that failed to pay off. You couldn’t level any such accusations of safety at the HTC 10.

It features a progressive design, cutting edge components, a competitive camera (hooray!), and a continued focus on premium sound.

We’ll need some further hands-on time to be sure, but we’re already pretty confident that the HTC 10 will be a better phone than the HTC One M9 in practically every way.