Many experts predicted that High Frame Rate video, or HFR, would be the next big thing in AV technology. But what is it and what does it mean for you?

Watching TV shows and films is as much about what you’re not seeing as what you are. Video is delivered in single frames rather than a continuous image stream, meaning you’re always going to lose some image information in the “gaps” between the frames.

The exact amount of real video information your eyes and brain get to work with depends on the number of frames a second the video uses. The fewer the frames, the more your brain will have to fill in the blanks – and the more likely you’ll see motion-related issues such as blurring, judder and softness.

With the discussions around image processing, frame-rate-related problems have come under the spotlight. As a number of content creators make moves to address the issue, can a solution be found?

HFR at the movies

The most significant moves in developing higher frame rates have come in the world of cinema. Peter Jackson got the ball rolling in earnest by releasing his Hobbit trilogy in the 48 frames a second format – twice the normal 24fps rate in which films have come out for decades.

Director Ang Lee ramped things up to another level in 2016, by releasing Billy Lynn’s Long Halftime Walk at a huge 120fps. Lee’s most recent film, Gemini Man, was also shot and distributed at 120fps – and both can be watched at 60fps on 4K Blu-ray. 120fps is the same frame rate James Cameron is reportedly looking to use for his Avatar sequels, as is Andy Serkis for Animal Farm. 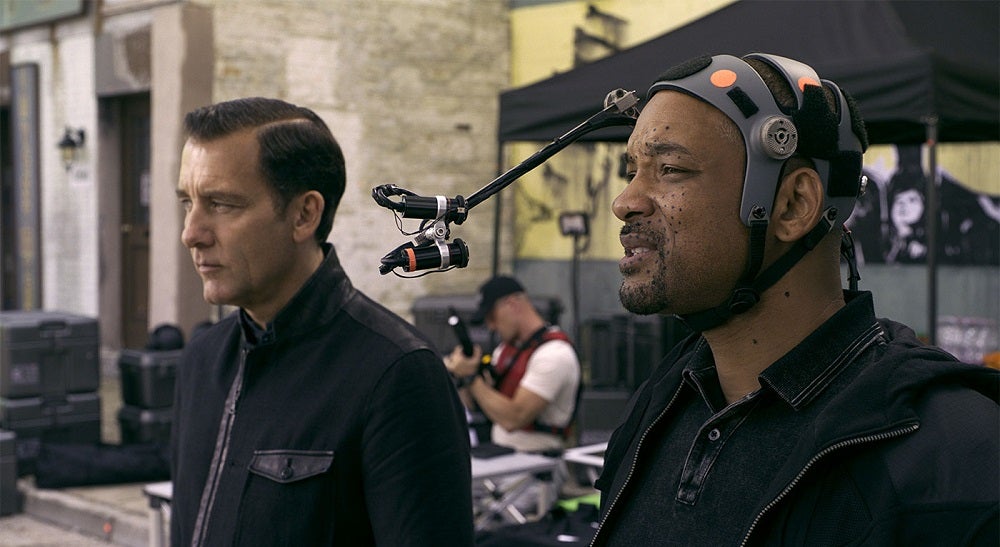 With such big-name players showing an interest, it must be a technology that delivers the goods, right? Well, that depends on who you talk to.

Reviews of high-frame-rate film releases have been divided over whether upping the frame rate helps or hinders the viewing experience. Pretty much all agree that HFR improves the clarity and detail, removing motion blur, judder and strobing from the equation. But many find this extra clarity detrimental rather than beneficial.

The case stated by most HFR movie haters is that producing an image that’s cleaner, more fluid and incredibly clear tends to make the action look more artificial – the opposite of what it’s intended to do. 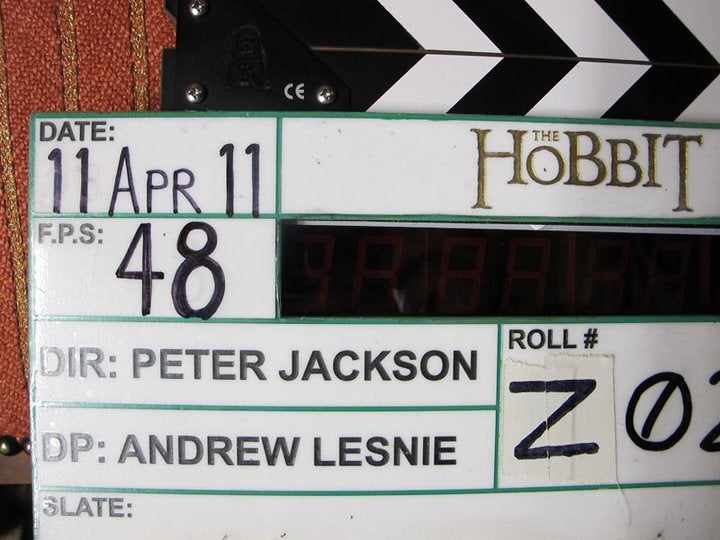 The negative audience reaction to the Hobbit films’ 48fps release was so widespread that director Peter Jackson added some gentle blurring technology to the high-frame-rate versions of the two sequels to tame the clarity of the original filmed material.

Billy Lynn’s Long Halftime Walk is available to buy on 4K Blu-ray in 60fps (Gemini Man arrives in February), and even at this reduced frame rate (from its original 120fps), it’s hard to deny that those extra frames per second leave some of the acting and staging looking painfully artificial.

The bottom line for HFR movies seems to be that capturing real image data at 48fps or 120fps leaves no hiding place for artifice. This is what seems to make HFR such a challenge in the world of cinema.

However, as with all things – where there’s a will, there’s a way. If HFR wins over more viewers, then solutions to the problems will be found. The big question is whether moviegoers will show enough enthusiasm for HFR to sustain the expense and effort associated with delivering it.

HFR on your television 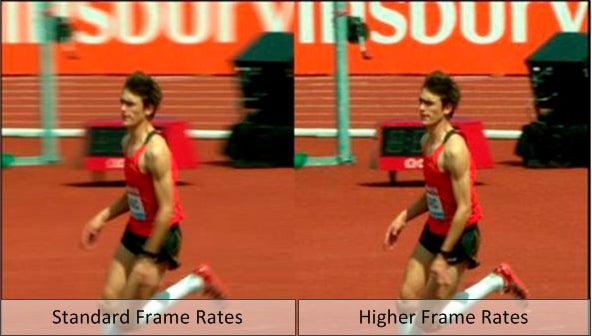 Given how effective HFR is at capturing the minutiae of reality, it makes sense that there’s plenty of interest in using the technology for TV documentaries and, especially, sports coverage. You don’t have to worry about HFR making things look artificial when you’re filming real life – HFR is just capturing reality at more frames a second.

Using HFR for sport is tantalising, since anything that consistently features a lot of movement and camera pans will likely suffer more greatly from the information loss between video frames associated with lower frame rates.

Not surprisingly, many of the TV world’s biggest players are jumping on board.

The BBC’s R&D department has been experimenting with HFR sports since at least 2014, and has publicly demonstrated Commonwealth Games footage playing at 100 frames a second. In 2016 at the IFA technology show in Berlin, LG showed tennis and athletics footage on a pair of OLED TVs at 100/120 frames a second.

Back in May 2017, LG partnered with European satellite broadcaster SES to run demos of 4K HDR video being broadcast at 120fps, proving it was already possible for broadcasters to show the likes of football, tennis and cricket in HFR.

Looking ahead, Japan’s public broadcaster NHK is to present the 2020 Olympic Games in Tokyo at 8K resolution backed up by high frame rates. 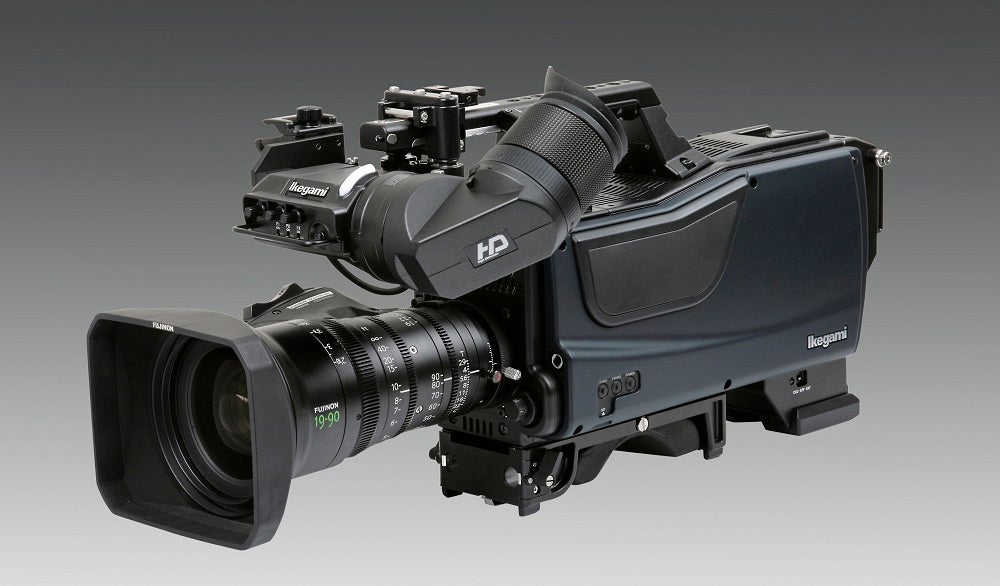 While viewer reaction to HFR in movies is mixed, reactions to HFR broadcasting – especially of sport – are more positive. In the case of the BBC’s Commonwealth Games test, for instance, only 5% of the public audience couldn’t see or weren’t impressed by the differences HFR made to the viewing experience.

At this point, you might well be thinking that your TV already displays pictures at 50 or 60Hz. Or, if you have a fairly premium TV, it may claim to be playing motion at 100Hz, 120Hz, 200Hz, 240Hz or even much higher numbers. So that means you’re already enjoying high frame rate pictures, right? Not quite.

The thing is, TV refresh rates aren’t strictly the same thing as frames per second. The native video frame rate for TV material is 25 or 30fps, depending on whether the footage is made in Europe or the US.

The 50/60Hz figures from the TV world refer to the way most TV broadcasting uses a process called “interlacing”. This is where only the even or odd lines of a frame are produced, but at a rate of 50 or 60fps. You’re not seeing 50 or 60 frames of real image data every second, but 25/30 real image frames “manipulated” into a 50/60Hz effect. 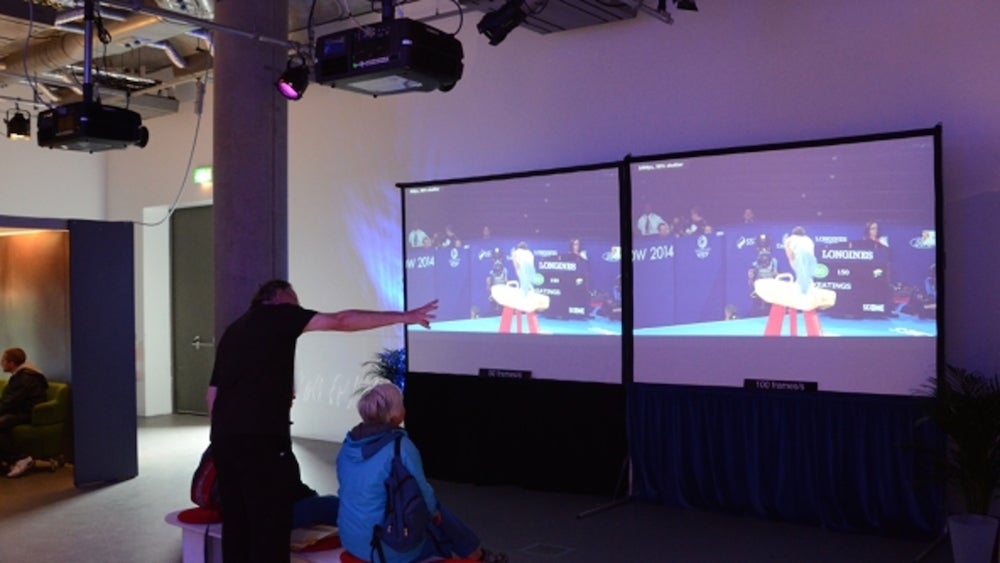 A shot of the BBC’s HFR trial

Televisions that claim to be 100Hz or 200Hz are actually using processing known as motion interpolation to calculate how extra frames of pictures should look. They insert these “made up” new frames between the 25/30 frames per second of original, actual image content.

Such motion interpolation processing can make images look free of judder and blur, as HFR is designed to do. But those processed extra frames don’t deliver the same degree of crispness and detail you’d get if there were 100 or 120 frames of actual image data.

All of which brings us back to the point that true high-frame-rate TV content – at least with sports and documentaries – yields picture quality benefits that the vast majority of the viewing public who see it in action can appreciate.

Looking at the BBC demonstration, the Beeb’s engineers had to capture around 9GB of 4K HFR data every three seconds. They had to link eight high-speed SSD drives to provide 4TB of storage and deliver data over a quad-link, 3GB per second SDI interface to a PC. And this is all before you’ve even started to think about the need to broadcast and/or stream the sort of data quantities associated with 4K HFR images.

There’s one further big hurdle to the dream of high-frame-rate TV: the current state of TV hardware. There aren’t a huge number of TVs capable of handling frame rates higher than 60fps.

As current (v2.0) HDMI standards support bandwidths of 18Gbps, that’s only enough for 4K images at up to 60fps. HDMI 2.1 supports bandwidths up to 48Gbps, can carry resolutions up to 10K and frame rates of up to 120fps. But despite HDMI 2.1 being adopted by more TV manufacturers, it’s still in its infancy and often found on more expensive sets. Plus, you’ll need to buy the new Ultra High Speed HDMI cable to take advantage of it.

Is HFR the future or a false dawn?

There’s little doubt that HFR technology is going to play a big role in the future of film and television. There’s support for it from a number of Hollywood’s biggest names for movies, and its potential for TV – at least with “real life” content such as sports and documentaries – is obvious.

However, what’s less clear is how soon we’ll be able to gorge ourselves on the mountains of high-frame-rate content in our living room.

The reality-loving TV world has the more compelling reason to embrace HFR, but those ambitions are being thwarted by hardware limitations at every stage of TV production and distribution.

In the end, it may fall to next-generation gaming consoles to blaze the high-frame-rate trail. The benefits of higher frame rates have long been understood in the gaming world, with the push for more power focused on improving frame rate consistency. It’s in this arena that we might see pressure to speed up the development needed to take HFR from dream to ultra-crisp reality.