New insights into what the UK has been getting up to online during coronavirus lockdown have shed light on how our internet behaviour compares to that of our neighbours. The figures at a glance suggest that British web-users are less interested in the news during lockdown than our European neighbours − but more interested in online shopping.

The latest figures from Comscore turned up some interesting findings. Most notably, a 54% rise in visits to news and information websites was huge, but still less than some of our European neighbours.

These figures compare the pre-lockdown week of January 13-19 with the week beginning March 23, when all of the nations examined were in the grips of the coronavirus crisis. 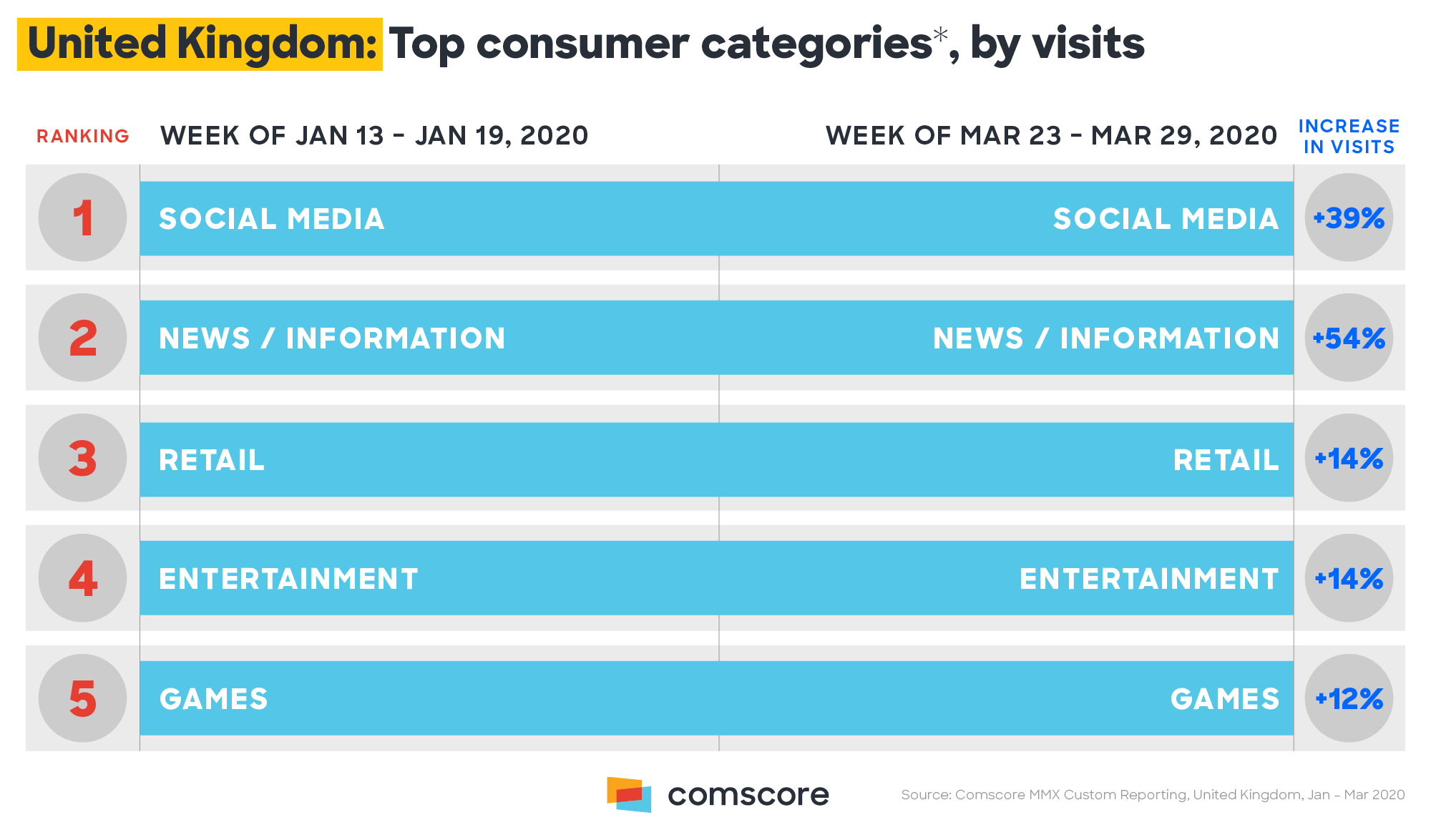 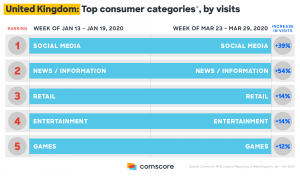 While retail sites in the UK have seen a 14% increase, making them the third most popular online destination, the same category in Spain saw a notable 18% downturn, dropping to fifth place in Spain’s equivalent ranking. 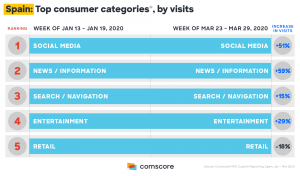 Social media use was up across all the nations included in these figures, with social media visits a dominant part of European web usage. They were the top consumer web-page category, by visit, in all of the five nations Comscore examined.

Gaming has seen a boost in every country as well, but didn’t rank quite as highly as social media visits. In the UK we’ve seen huge demand for games consoles, particularly PS4s and Nintendo Switches.

Market data from GSD shows that, for the week beginning Monday, March 16, console sales rose by 155%.

259,169 consoles were sold, with the PlayStation 4, Nintendo Switch and Xbox One all shifting a surprisingly high number of units (via GamesIndustry.biz).

Related: The PS4’s popularity has spiked ahead of the PS5’s arrival