What is Halo 5: Guardians?

We finally know when we’ll be able to play Halo 5: Guardians, with the game launching exclusively for Xbox One in October.

Coming from the same developers as Halo 4, the game aims to take “full advantage” of the Xbox One’s specs and will be the first in the series to run at 60fps.

What we don’t really know about Halo 5: Guardians is the story. Of course Master Chief is going to play a big role in Halo 5, but rumours have suggested he won’t be the main protagonist. instead, we might learn more about Agent Locke – first introduced in the Halo: Nightfall TV series.

We’ll keep this page updated with all the latest Halo 5: Guardians news as it is announced, so make sure to keep it bookmarked. 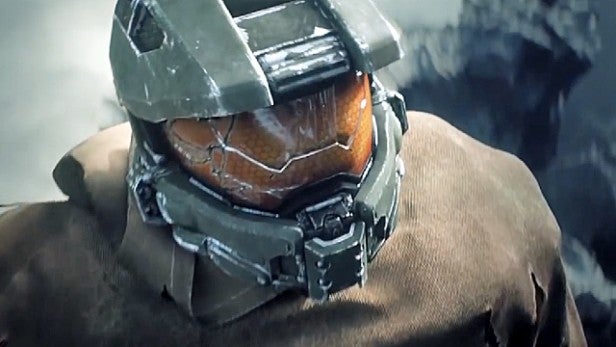 Halo 5: Guardians Release Date – When is Halo 5 coming out?

Originally scheduled to launch sometime in 2014, 343 Industries pushed the launch back to 2015.

Now we finally know the Halo 5: Guardians release date will lie on October 27.

“In the past, Halo games have pushed the Xbox forward, showcasing the console and its ecosystem in entertaining and innovative ways. Making a Halo game that runs at 60 frames per second, on dedicated servers, with the scope, features and scale we’ve been dreaming of for more than a decade, is non-trivial”, said the developer went revealing the official name. “It’s a task that we at 343 Industries, are taking very seriously to ensure we deliver the Halo game that fans deserve, and a game that is built from the ground up for Xbox One.”

“In the tradition of every Halo game since its debut in 2001, it is a massive and exciting project.”

See also: Fallout 4 release date, news, rumours and what we’d like to see 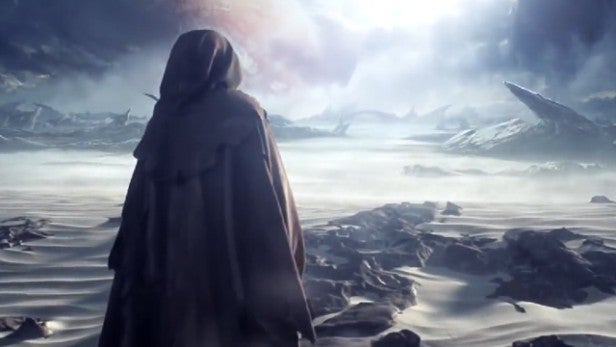 Halo 5: Guardians News – What we know so far

Available to watch through the Halo Channel within Halo: The Master Chief Collection or the Xbox One store, you might want to sit down with Halo: Nightfall.

That’s because it’ll give you the first look at Locke’s character.

“Taking place between the event of Halo 4 and Halo 5: Guardians, Halo: Nightfall is Locke’s origin story which will lend insight and understanding into the character he becomes in Halo 5: Guardians.”

“When he and his team are caught in a horrific biological attack, they unravel a plot that draws them to an ancient, hellish artefact, where they will be forced to fight for their survival, question everything, and ultimately choose between their loyalties and their lives.” 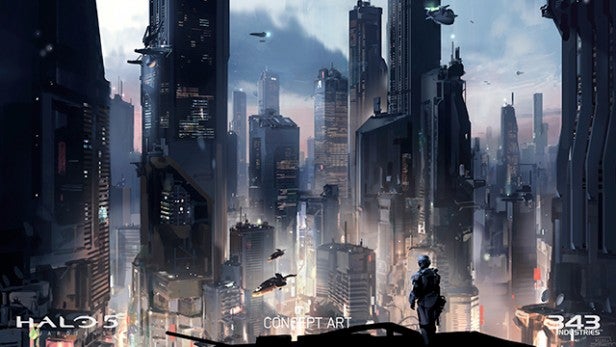 Well that’s according to Mike Colter, the voice of Agent Locke from Halo: Nightfall. In an interview, Colter revealed that Locke will be a playable character in Halo 5: Guardians, but the character will also be the main character of the next Halo game.

“Yes I’m a playable character in Halo 5. Once Halo: The Master Chief Collection is released, and then Halo 5 comes out shortly thereafter, you’re basically going to be playing a game with me as the primary character,” he said. “I’ll have some cool weaponry and some cool abilities, because by that time I’ll be a Spartan IV.”

Colter couldn’t provide any specific information on his relationship with Master Chief, apart from the fact he’ll spend a portion of the game looking for Master Chief.

“What’s not known, is whether I’m friend or foe. The relationship between Master Chief and Jameson Locke is going to be interesting. Is he dead or alive? Because that’s usually what a manhunt comes down to, dead or alive, but you won’t know what the purpose of finding Master Chief is [right away]. Or what will happen if we do find him, what condition he will be in and where he’s at mentally.”

Read more – Master Chief may not be main protagonist in Halo 5: Guardians – October 6 2014 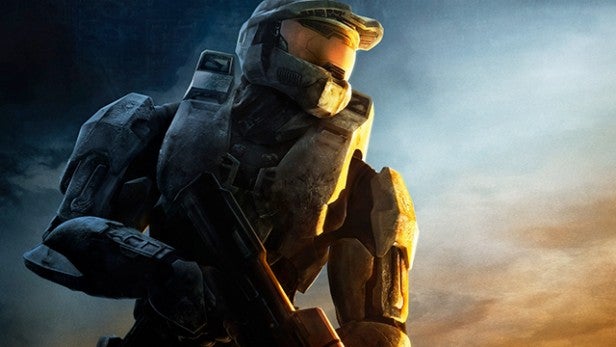 Features a brand new character
You see that new Halo 5: Guardians cover art at the top of this article? There’s a brand new blue-visored Spartan that was originally thought to be a robot version of Cortana or Sarah Palmer from Halo 4.

However, 343 Industries’ Executive Producer Josh Holmes has confirmed this is a brand new character, never been seen before in a Halo title.

“For everyone speculating about the mysterious Spartan in Halo 5: Guardians, he’s not Palmer (or Cortana!). He’s a NEW character”, said Holmes on Twitter on May 16.

Going to be bigger than Halo 4
Understandably, 343 Industries promises Halo 5 is going to be much bigger than its predecessor, Halo 4.

“Halo 5: Guardians is a bigger effort than Halo 4. That applies to the content and scope of the game, as well as the technology in what’s now a brand new and more powerful engine. Certainly there are some core elements carried over from prior games, but we’ve invested a huge effort in retooling our tech to take full advantage of the Xbox One’s hardware and ecosystem to create worlds and experiences worthy of next-gen.”

343 Industries aims to unlock the “limitless potential of the Halo universe” with the first Xbox One game in the series. 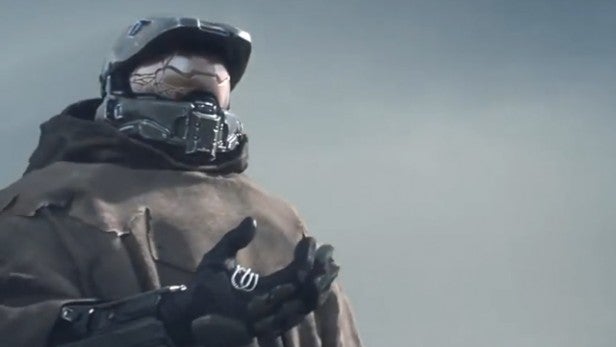 The concept art was described as “an early exploration of a new location that feature prominently in a little game project we’re tinkering with”, by 343 Industries Executive Producer John Holmes.

“We’re proud of what we accomplished with our first release in Halo 4 and now we’re focused on something much more transformative as we make the leap to the next generation of Xbox.”

Unfortunately for us Halo fans, Holmes denied any more information on the concept art, especially any indication as to how the location will be featured in the next Halo game. 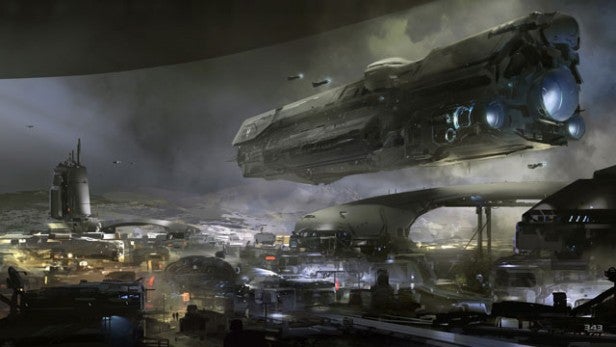 All we know about the Halo 5: Guardians storyline is what little we can glean from the E3 trailer. Master Chief is shown roaming cloaked in the desert, before being presented with a huge robotic bird that emerges from the sand.

To be honest, there’s very little details provided, and even 343 Industries said the footage is merely representational rather than direct game footage.

We did get a few more details from a Microsoft Store listing for the Xbox One title. A brief description was posted on the game’s product page, giving us a few more tiny details.

“Halo for Xbox One takes the now-legendary saga to new heights and is one of the most anticipated games for the new console,” read the leaked details.

“In possession of a mysterious data chip, Petty Officer John-117, aka Master Chief, confronts a new battery of challenges and tests in a Herculean effort to stay alive in a galaxy where sentient life is mercilessly hunted. Pre-order the next chapter in the wildly popular Halo series designed exclusively for Xbox One.”

We then had a few teaser tidbits offered by Bonnie Ross, GM of 343 Industries, on how Master Chief fits into the Halo 5 puzzle:
“[Halo 5 is] a continuation of Master Chief’s story,” said Ross. “He is human, he’s always been human, but at the end of Halo 4 he really is reflecting on who he is and why he exists.”

“That was very deliberate because the story we want to tell on Xbox One really is an important part and the main part of his hero’s journey. It’s more about what he’s searching for versus what the UNSC is asking him to do.”

“Halo 5 is a lot about his future, but as you’ll see through all of the linear pieces we’ve woven through, his past is key to his future.” 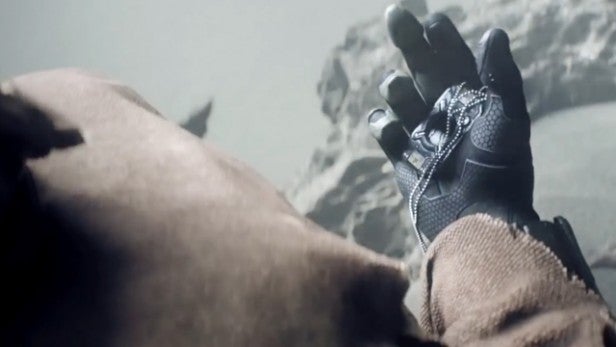 Take a look at the one and only Halo 5 trailer, released in line with the game’s announcement at E3 2013 in June last year.