Originally scheduled to launch in Spring 2018, Red Dead Redemption 2 will now be coming to PS4 and Xbox One on October 26, 2018.

“We are excited to announce that Red Dead Redemption 2 will be released on October 26th 2018. We apologize to everyone disappointed by this delay. While we had hoped to have the game out sooner, we require a little extra time for polish.

We sincerely thank you for your patience and hope that when you get to play the game, you will agree the wait will have been worth it. In the meantime, please check out these screenshots from the game. We look forward to sharing a lot more information with you in the coming weeks,” Rockstar said on its website.

It’s a delay we’re not entirely surprised by, but it certainly makes the wait for Red Dead Redemption 2 even more unbearable. Rockstar has said it will be sharing new details in the coming weeks.

The main character is a man called Arthur Morgan, a troubled cowboy who has angered groups across the Wild West intent on pursuing him. It seems this will be the driving force of the plot with Arthur befriending unlikely allies on his quest to escape.

Red Dead Redemption 2 looks utterly fantastic, and during the footage, we catch a glimpse of moving trains, intense gunfights and a cheeky bit of cattle rustling, all of which will certainly play a part in the full game.

You can check out the previous trailer below:

While the trailer doesn’t reveal as much as we might have hoped, it does give a brief and utterly gorgeous glimpse at the world that awaits us in Red Dead 2.

The sequel once again takes place in the Old West, brimming with cowboys, cattle and shanty towns filled with chaotic bars and bustling general stores. In terms of narrative the trailer is light beyond a single conclusive quote:

“Listen to me. When the time comes, you gotta run and don’t look back. This is over.”

The voice of these words is unknown, but in the trailer it is followed by the visual of seven men on horseback, the same gang found in the game’s reveal artwork. 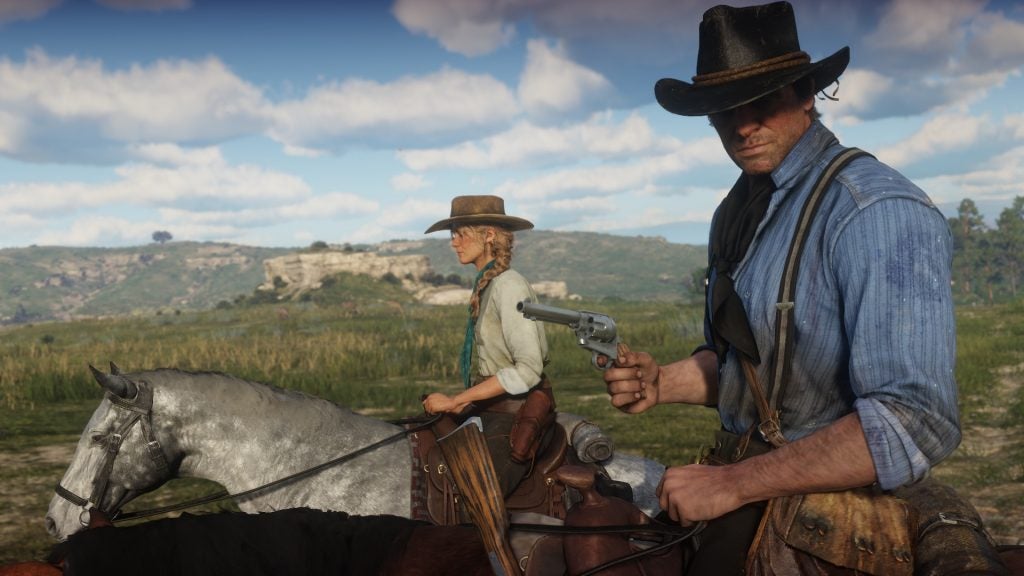 Red Dead Redemption 2 gameplay – How does it look?

The very first trailer for Red Dead 2 was a gorgeous showcase of the open world that failed to provide us with a decent idea of how the game will play. Rockstar is probably just teasing us, with plenty more of the western adventure to be shown over the coming 12 months. Judging by the trailer, the acts of horseriding, bandit shooting and desert exploring are back and better than ever, albeit in a familar form.

Red Dead Redemption 2 may offer up a total of seven playable heroes, and John Marston could well be one of them. The reveal artwork and debut trailer show seven men, who are clearly involved with the core narrative or online components. Either way, it’d be fantastic to have so many characters with their own unique traits and skills at our disposal. We’ll be sure to share more gameplay details here as they come to light. 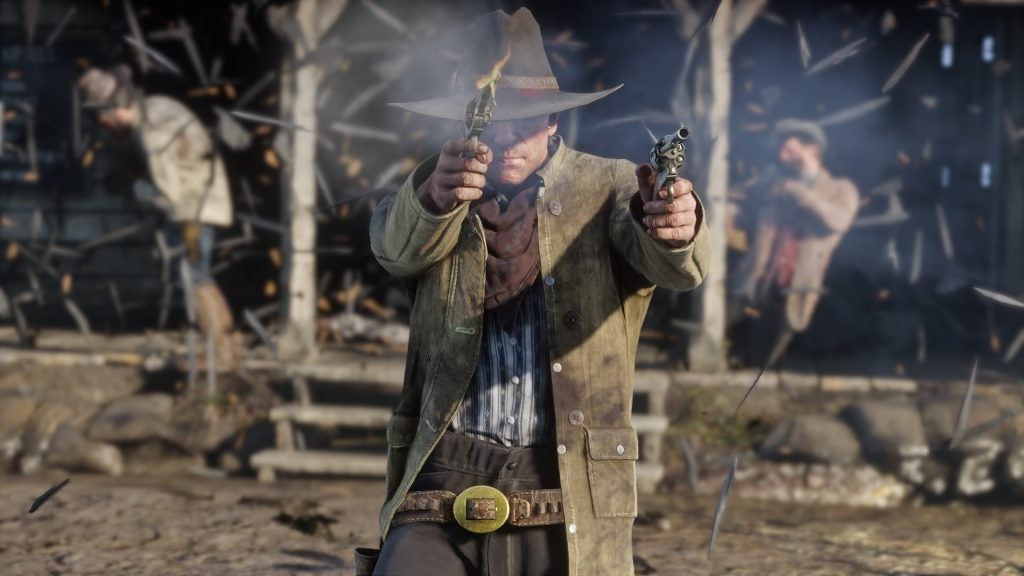 A leak seemed to provide the map for the forthcoming Red Dead 2. The image was posted to NeoGAF before very quickly being taken down, but not before being screengrabbed and shared all over the place.

A closer look at the map reveals Great Plains and multiple Caravan camps as potential locations we’ll be visiting.  There are also several islands located among the rivers and large expanses of water; let’s hope the missions centered on these aren’t as tiresome as when John Marsden had to cross ravines to new areas on the map in Redemption. 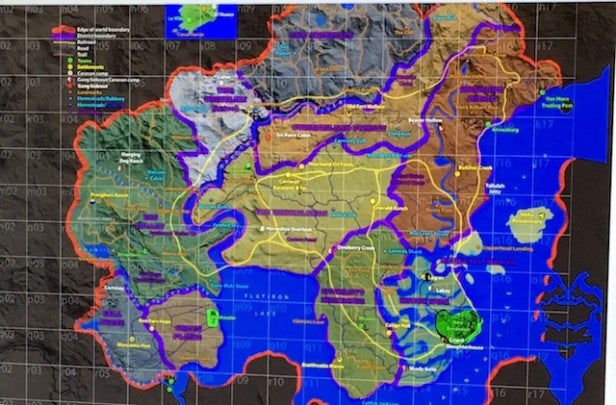