Hidden within its dozens of hours of engaging content full of amazing stories and wonderful characters, The Witcher 3: Wild Hunt also houses a surprisingly deep card game. When Geralt isn’t out slaying monsters or looking for Ciri he was touring taverns in search of worthy Gwent opponents.

This addictive card game proved a brilliant surprise, so much so that it was has spawned its very own spinoff in the form of Gwent: The Witcher Card Game.

Gwent: The Witcher Card Game at a glance

Platform: PS4, Xbox One and PC

What is Gwent: The Witcher Card Game?

Gwent is a free-to-play card game developed by CD Projekt Red for PS4, Xbox One and PC. It’s essentially a standalone adaptation of the version you played in The Witcher 3 with all new factions, modes and a multiplayer component. According to the developer, the project was inspired by thousands of emails, forum posts and over 40 fan-made versions; all culminating in the official rendition of Gwent coming our way in 2017.

Gwent: The Witcher Card Game release date – When is it coming out?

The closed beta begun on October 25, 2016, with CD Projekt Red yet to confirm a date for the full release. 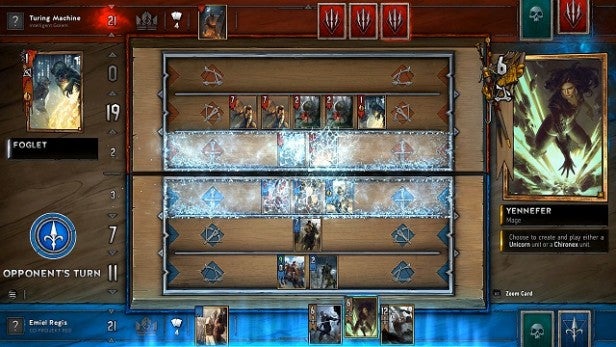 Gwent: The Witcher Card Game gameplay – How does it play?

Gwent will include five unique factions each with their own individual cards, strengths and weaknesses:

Players will have the opportunity to formulate a deck for their chosen side, opting for whatever playstyle suits alongside their favourite aesthetic. Gwent will also feature a robust card-crafting mechanic allowing you to create your own, so long as you possess the right components, that is.

The core package of Gwent: The Witcher Card Game will be a free-to-play affair, with a solo campaign being released in the form of episodes. Developed by the same minds behind Geralt’s gripping story, Gwent will thrust us into a world we can explore with new characters and locations drenched in gothic fantasy.

Upon starting the game you can choose from three different modes – Story, Ranked and Friendly – all of these will follow the same basic gameplay formula, albeit with vastly different story beats and rewards. Do you have a goofy skirmish with friends or fight through the online competition in search of victory? The choice is up to you, and Gwent seems engineered in such a way to entice both hardcore and casual players. 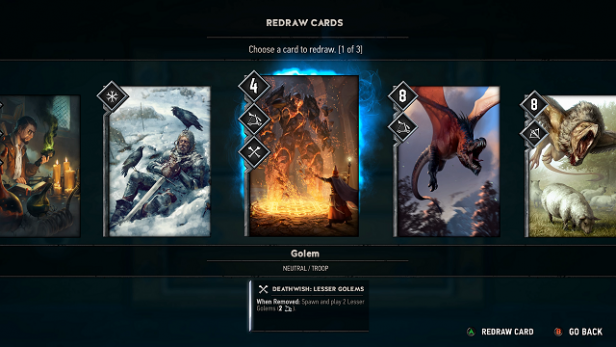 The board in Gwent is split into several areas that accommodate melee, ranged and siege units. Each card has a unique combat value and specific special abilities that will need to be used timely and strategically against your opponent. The aim is earn a higher score than your enemy without completely losing your hand. Higher totals can be achieved by stringing together cards in a series of clever, unpredictable combos.

Gwent trailers – How does it look?

If you’ve played any Gwent in The Witcher 3: Wild Hunt you may have some idea of what expect. If not, we’ve compiled some of the best trailers of Gwent: The Witcher Card Game below:

Did Gwent manage to hook you in The Witcher 3: Wild Hunt? Let us know in the comments.