It also brings several other new features, including improved audio, live-streaming to sites like Facebook, and a fancy new timelapse mode called ‘TimeWarp’.

The new Hero 7 Silver is a stripped down version of this flagship model, with a maximum of 4K/30fps recording and very similar specs to GoPro’s older Hero 5 Black. And lastly, GoPro’s Hero 7 White is its new entry-level mode, replacing the relatively new Hero (2018) camera with a ceiling of 1080p video recording.

Here’s everything you need to know about the Hero 7 Black and its new siblings. To find out our final verdict head to our full GoPro Hero 7 Black review.

GoPro Hero 7 Black price and release date: when can you buy a GoPro Hero 7?

You can buy the Hero 7 Black today for £379 with a free 64GB microSD card. That’s actually £20 less than the outgoing Hero 6 Black cost, and significantly less than the latter’s original asking price of £499.

The pricing for its cheaper siblings is also pretty keen, with the Hero 7 Silver costing £279 and the Hero 7 White only £179, which puts it at £20 less than the two-year-old Hero 5 Session and makes it one of the most affordable GoPro cameras ever. 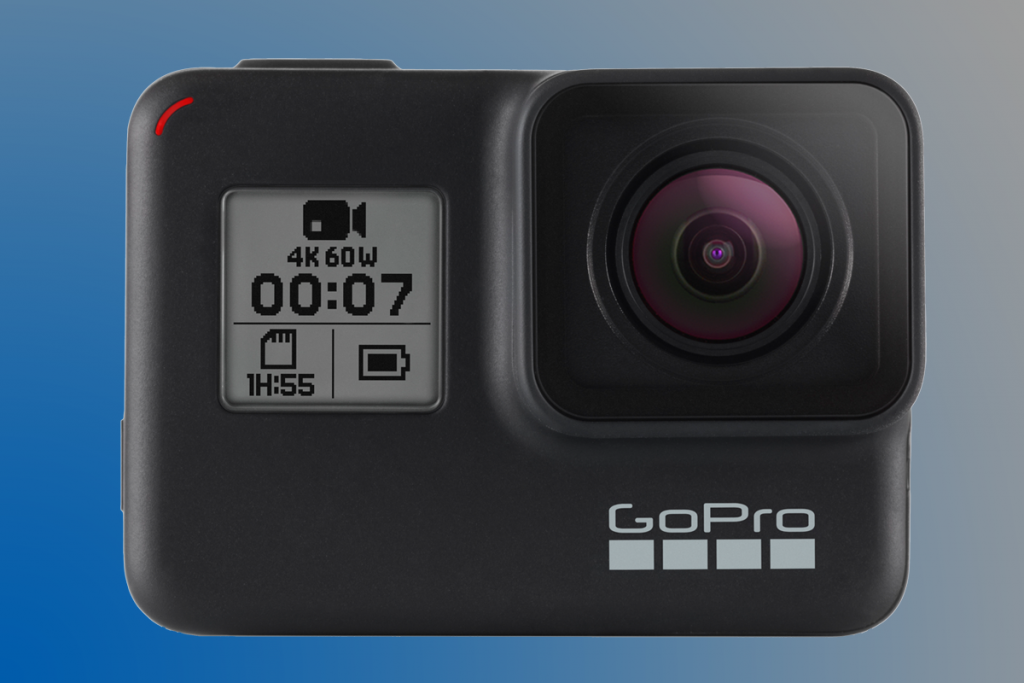 GoPro told us that it’s “putting a stop on the production of previous models”, which means the end of the Hero 6 Black, Hero 5 Black and the Hero (2018). It did also add that “for a while there might still be some retail inventory of previous cameras”, so if you’re interested in an older model it’s worth keeping an eye out for special offers.

As you can see, the Hero 7 Black looks largely identical to its predecessor from the outside. In hardware terms, the only real differences are its new black paint job and a redesigned microphone membrane, which helps provide more natural bass tones and brighter mids.

There are around five other new features, though, compared to the Hero 6 Black. The biggest one is what GoPro is calling ‘HyperSmooth’ stabilisation, which is a souped up version of the electronic image stabilisation we saw on its previous flagship and now works in its 4K/60fps mode. This is still digital rather than optical stabilisation, though GoPro reckons it’ll let you capture gimbal-like video “without the expense of hassle of a motorised gimbal”. Like its own Karma Grip. 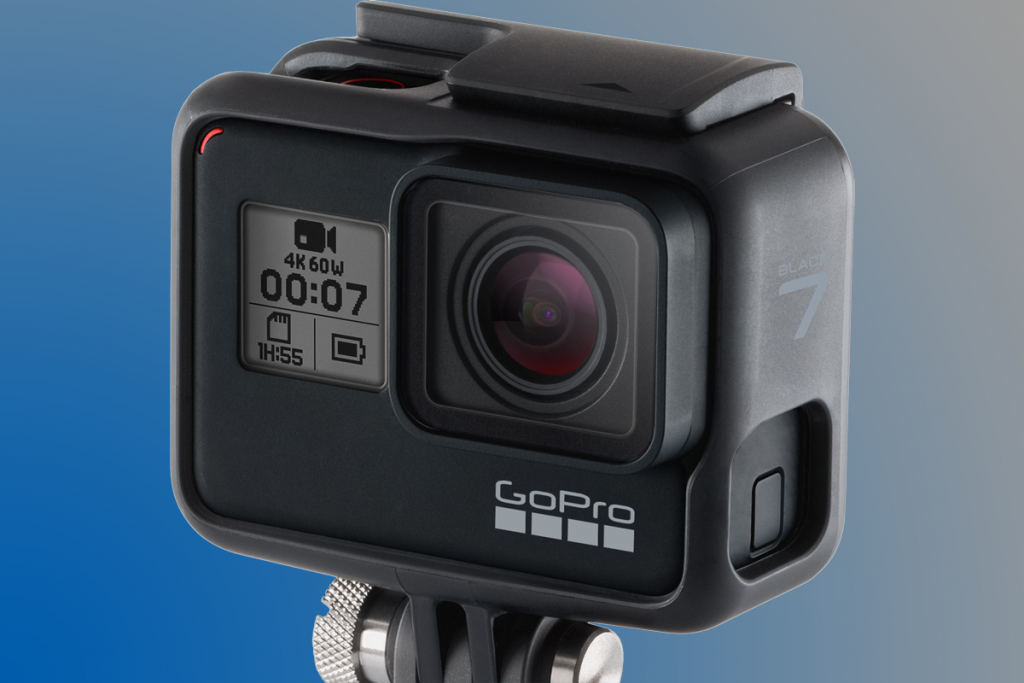 Related to HyperSmooth is a new timelapse mode called TimeWarp. This is similar to a standard timelapse, where the camera takes still photos at regular intervals then plays them back to give the impression of a scene being played in fast-forward. Only this time it adds smooth stabilisation to let you create first-person “magic carpet rides” through journeys like bike rides.

The Hero 7 Black is also the first GoPro that can livestream. You’ll initially be able to do this to sites like Facebook, Twitch, YouTube and Vimeo, with the promise of other native platforms to come.

The final two changes are a new ‘SuperPhoto’ feature for stills and a refreshed UI. ‘SuperPhoto’ is GoPro’s attempt to replicate the intelligent auto modes seen on smartphones like the Huawei P20 Pro, which can automatically recognise scenes and apply the right camera settings. In addition to recognising scenes, GoPro says the Hero 7 Black will be able detect faces and smiles, an ability that’ll also help it pick the right clips for its automated QuikStories edit, which are available in its Quik app. 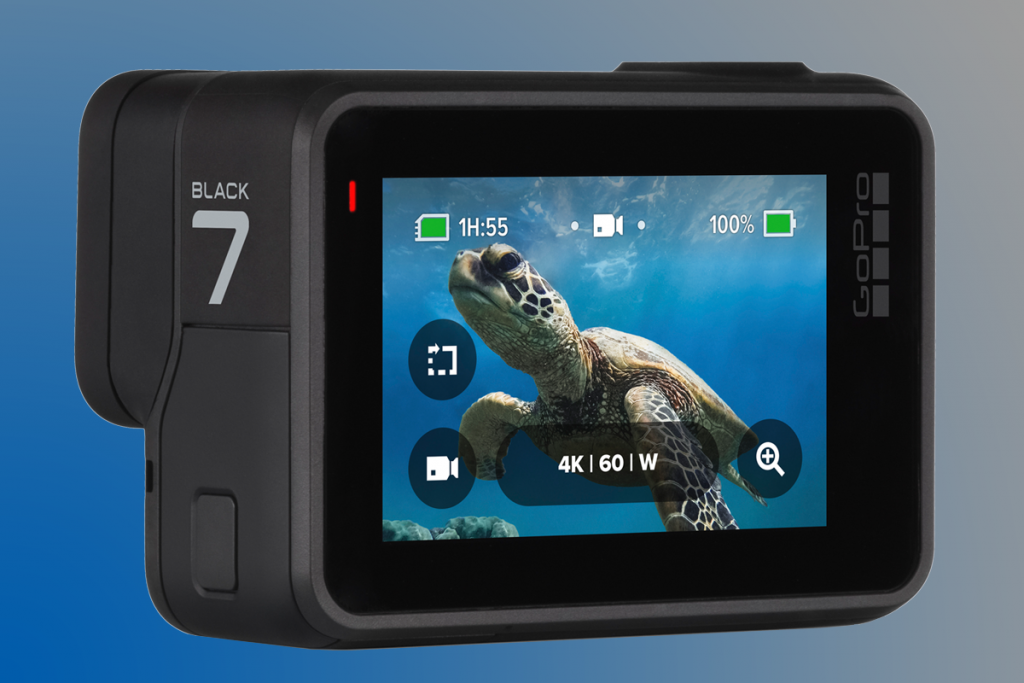 The UI tweaks are relatively minor, but include a new ‘short clips’ button for limiting the length of recordings to 15 or 30 seconds (in case you want to pass the camera round to others without the fear of filling up your memory card) and some redesigned menus based on data GoPro’s collected about how people use its cameras.

Aside from these new features, the Hero 7 Black’s specs are largely unchanged from its predecessor. It uses the same size sensor and lens as before, and records video at similar bit-rates.

Here’s how the Hero 7 Black stacks up next to its new cheaper siblings.

Which of the new GoPro Hero 7 family are you most excited about? Tweet us @TrustedReviews.