Think Australian, shoot Australian. Another year of hot and fresh Rainbow Six Siege content is upon us, and Burnt Horizon will take us to the Outback, with two new operators from the Australian Special Air Service (SASR).

Trusted Reviews has all the info on Year 4, Season 1 of Rainbow Six Siege, and we’re going to be out in Montreal getting a look at the maps, operators and how they fit into Rainbow Six Siege’s tumultuous meta. 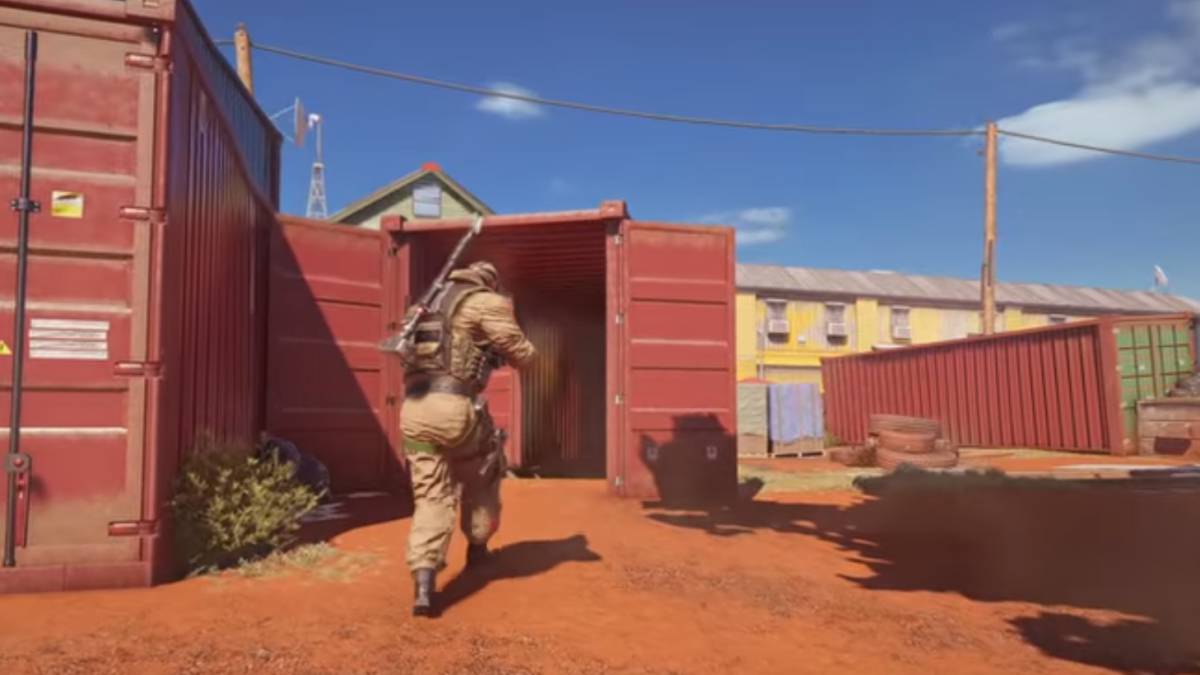 Burnt Horizon will release on Wednesday March 6, after a two week period on the technical test server. Strap in!

The defender, Mozzie mixes solid firepower with a powerful gadget to frustrate the efforts of attackers.

Mozzie’s gadget is a slingshot ‘pest launcher’ that can fire a tiny drone-hacking robot into the environment, capable of taking full control of any attacker drone that comes into range. In play, this gives you two options. You can toss it directly at a drone, taking immediate control with a direct hit. However it can also be fired at part of the map where it will lie in wait until something rolls by, at which point it’ll hop on the front of the drone. This is a major jump scare and a useful way to catch out enemies trying to drone out a room before entry.

The range seems to be just a couple of metres, and it can get hung up on parts of the scenery.When one of the drones turns “traitor”, the attacking team gets no notification or warning except through the light on the front of the drone, which will turn from red to a ghostly blue when it’s under enemy control.

When Mozzie has control, he can do anything the drone could usually do. With one of Twitch’s Shock Drones he could give you a cheeky shock or mark you, while with a regular drone Mozzie can jump, drive and scan without issue. If he sneaks by unnoticed, this is a powerful intel tool for the defenders.

The negative of this all is that Mozzie will have to put down his guns and hide away in a corner to drive his drones. This is a negative because Mozzie is tooled up, bringing a Commando 9 assault rifle which is great at mid-range or the P10 Roni, which completely shreds attackers with a ridiculous rate of fire.

In terms of sidearms he (and Gridlock) are packing super shorty shotguns which are fearsome up close, and great for trashing scenery if you need to barrel through a hatch or make a kill hole.

In play, Mozzie seems to fit into any role. With a mix of 2 speed / 2 armour, a fragger’s loadout and a powerful intel gadget, Mozzie’s run transitions during the round. I had a lot of success pushing back defenders by distracting them with a blast from a Shock Drone before pulling out a gun and flanking them while they try to disable the drone attacking them.

At other times, I anchored the defence, or used my network of drones to provide full intel on the attacker’s plans to the defending team. I’ve been leery about operators and their role before, but Mozzie is a great addition that can turn the attacker’s tools against them. 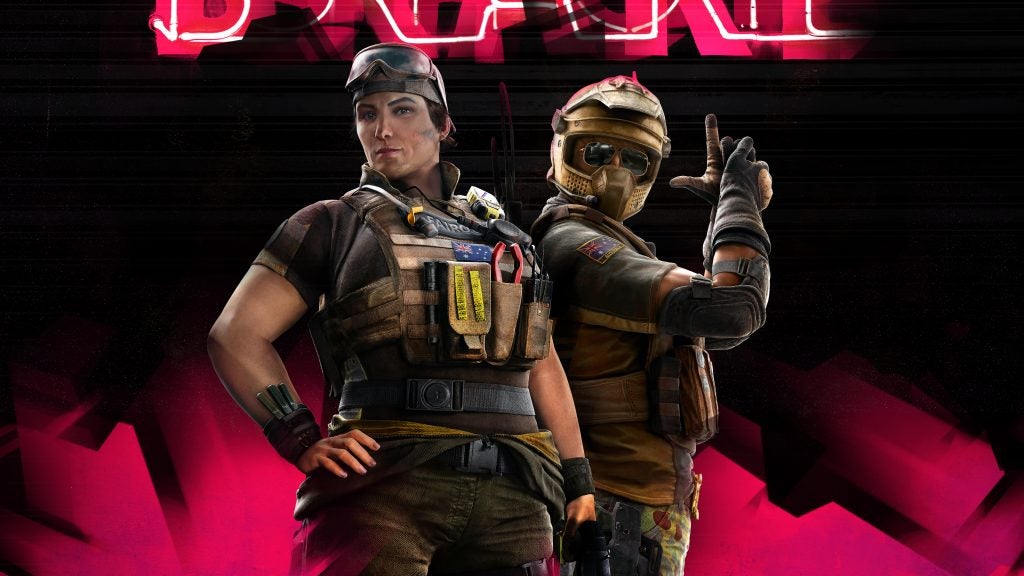 As a 1 speed 3 armour, Gridlock fits into a support role, but her gadget is absolutely wild, and can completely seal off an approach to protect a planted bomb or a possible flank route. The gadget unleashes a tiny robot that springs around the place dropping razor sharp wire, which will hurt anyone that walks over it.

Stepping onto a single trap won’t hurt you much, but it causes defenders to slow down and make noise, which are both terrible for long-term survival prospects during a Rainbow Six Siege round.

Using this during a match on House, a personal favourite for experimenting with the new operators thanks to how plain it is, I was able to plant the bomb in Kid’s Bedroom and then quickly fill the room and the balcony hallway with razor sharp surprises.

This might not work for you: this is the first time I’ve played a match in over a year where someone reinforced the wall of the kid’s bedroom. But being able to lock an area down quickly is a great feeling. Taking it to the new Outback map, there are plenty of wide-open corridors that Gridlock’s vicious little droid feels made for jamming up.

If that doesn’t work for you, Gridlock’s M249 is a great piece of kit, reloading from a STANAG magazine rather than strapping in a new box. This means you reload quickly, and you can also bolt on the scope that was used on the sidearms of Wind Bastion. The optics are clean and open, making it easy to trace rounds in on a target, even firing in full auto.

Gridlock also packs the F90 assault rifle. This is a relatively recent bullpup assault rifle that only made its public debut in 2012. This probably explains why it looks like a science fiction weapon, and it’s easy to control and keep on target, although I definitely favour the M249.

In terms of sidearms, it’s the same story as Mozzie. There’s a Super Shorty and an SDP 9mm pistol.

Gridlock seems like she’ll fill a valuable role, helping to lock down flanks and objectives, and anchoring objectives after the Attacking team has made their move.

Burnt Horizon is bringing some substantial changes to several different operators, meaning there’s a good chance one of your favourite operators has seen some big changes.

We won’t know every change coming to Burnt Horizon until the full reveal, but in a blog post on Ubisoft’s website, the developer reveals some of the operators getting a change.

You can see it all on the blogpost on Ubisoft’s webpage, but we’ve copied the raw changes below. Hit the link for the full reasoning, or scroll down to see how things are going to change.

We also got an early look at a couple of extra changes, which you can find at the very bottom .

We also saw some specifics on remakes for Mute, Glaz and Lion. We’ll share those below.

Glaz has gotten a significant rework. The way Glaz’s scope picks people out in yellow makes the Russian sniper bizarrely good at pushing forwards into tight situations, especially as he can pick people out through a layer of smoke.

This was unintended, and Ubisoft have now made it so that when moving Glaz’s scope will no longer highlight enemies. You can still hang back and pick off targets through the help of the bright yellow glow, or you can push a point. You won’t be able to do both any more.

We played a little with this, and it seems to work. It’s hard to suss out the finer details of Glaz when you’re playing a new map and don’t know the angles, but he feels much less powerful at sweeping into an area now.

Oh boy has this Lion rework been a long time coming. It’s a small change but it’s so elegantly done.

Lion’s gadget now activates significantly faster, but instead of giving you a full outline of the enemy after they’ve moved, you’ll now get a series of fast dots for everyone that’s moving, giving you a ton of information, but without allowing you to spray people through walls because they shuffled one time. In play, the amount of information is hard to parse, meaning you’ll be helping out your nearby allies, but you can’t quite build a 3D picture of where everyone on the map is.

Mute’s changes are simple but effective. Now, when you’re covered by one of Mute’s jammers, you’ll get a little tiny blue icon on the bottom left of the screen. Simple, but effective. Considering the recent changes to Dokkaebi and how useful Mute is in general, it’s a great usability change even if it’s not all that sexy. 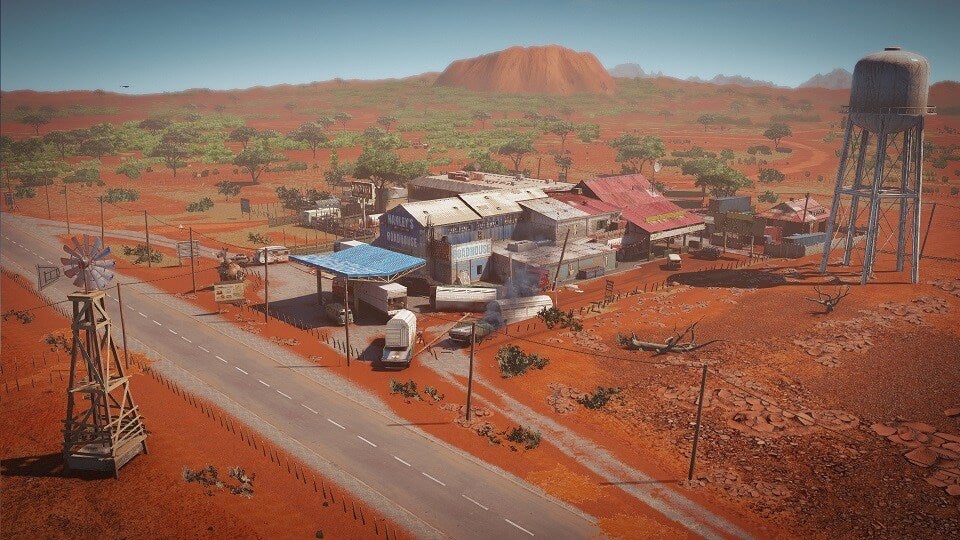 We’re getting a touch of the Australian Outback here. A passing nuclear convoy has come crashing to a halt at a small Outback service station, and team Rainbow are called in to clean things up.

I’ve long been pretty unimpressed with the DLC maps added to the game: Border is good, and I’ve played and enjoyed some of the Skyscraper, but maps like Tower, Villa and Fortress have left me cold, as sprawling corridors full of murder and confusion.

Meanwhile, Outback feels like a classic map. The team describe it as a cross between launch maps Oregon and Clubhouse, and there are three different distinct areas: a garage, a motel and a restaurant. All of these are distinctive, and after just a couple of hours of play I felt like I had a decent grasp of the map, and a deep appreciation for a lot of the elements of characterisation in the map, from the sand-racer on the lift in the garage, or the giant shark hanging over the .restaurant.

In terms of play, the game is all about broad site lines, open rooms and some extensive destruction. A lot of play centered around the garage, which has a second level that’s useful for controlling the space, but has a concealed staircase leading to a destructible wall that works for both defending and attacking the second floor. It may sound like Clubhouse’s lethal garage area, but it feels very different on the attack, even if they share some DNA.

Elsewhere, you’ll be getting stuck into some windy corridors on the first floor, and an open dorm area that saw some brutal firefights unfold. Something that impressed me was the way each of the three buildings feel like seperate buildings, with you carving an organic- feeling path through  them as assault’s go south.

Outback doesn’t have anything as unique as say, Tower’s korean vibe,  but maps don’t need to look completely original to play well. Look at Border, a generic map that plays phenomenally well. It looks like Outback will play out the same, providing you can stay quick on the trigger.

We’ll have more soon, keep it glued to Trusted Reviews for all the latest in Rainbow Six Siege action.