Mount and Blade 2 has finally arrived on Steam Early Access offering would-be knights a chance to unleash their inner warlord and carve a path to glory in a medieval fantasy kingdom.

Sound tempting? Then read on to find out everything you need to know about Mount and Blade 2: Bannerlord.

What is Mount and Blade 2?

Mount and Blade 2 is the successor to one of PC gaming’s most interesting, and challenging, RPGs. For those that missed it, Mount and Blade was an open-world RPG, with strong simulation elements that put you in the role of a medieval mercenary and would be conquered in the mythical world of Calradia.

At first glance, this may sound a little dull, and the premise has undoubtedly been done before by the likes of Crusader Kings. Recently the format’s also been revitalised in a Sci-Fi setting via Mechwarrior 5, which tasks you to do the same with a band of space mercenaries.

But, what made it special was how it pioneered for the early access release strategy that saw developers engage and tweak the game based on community feedback, resulting in an evolving title that tweaked its offering depending on its players’ mood and desires.

This eventually led the game to have a strong strategy and kingdom building focus that let you take control of entire armies, and manage settlements as well as swing an axe around. This plus its ridiculously detailed character levelling mechanics and Total War level stats systems created a complex gameplay experience like never before.

By the time its final DLC came out the game had let you recruit and command armies of multiple hundreds of troops, lay siege to giant sprawling cities and take on competing human players in giant tense multiplayer battles. 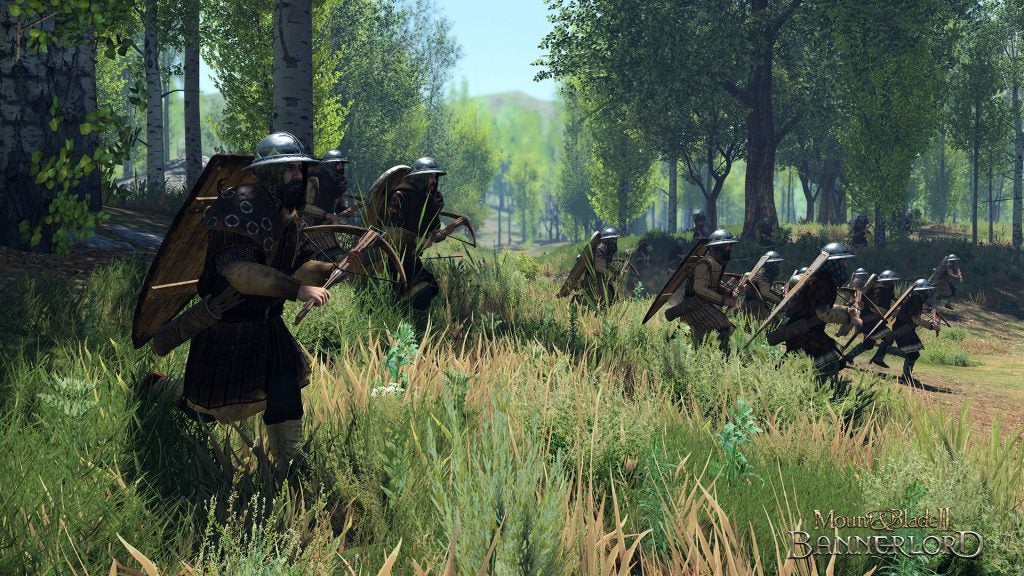 The final game was so impressive that, despite being released all the way back in 2008, to this day it has an active, and very vocal player base obsessed with it’s haphazard, ultra-brutal take on medieval combat and empire building.

Which is why it’s no surprise developer TaleWorlds Entertainment has chosen to follow the same strategy with Mount and Blade 2: Bannerlord releasing it on Early Access this week.

What can you do on Mount and Blade 2 Early Access?

Mount and Blade 2 early access has the basic building blocks of the game’s campaign and multiplayer options.

As a result, you can currently start a campaign, build a character and enjoy some of the game’s narrative. The plot is set 200 years before the original’s final DLC during “a time of mass migration and upheaval.” Not giving any further spoilers away, this tasks you to create a character and venture out into the game’s open world.

The character creation is in its early stages, but it’s already very detailed, letting you tweak every aspect of your avatar’s appearance and background. As before, the background and faction choices you make impact your character’s stats in the main game. If you pick that you were famous in your clan as a peacemaker, your charm and leadership skills will go up, for example.

As before there are a ridiculous number of stats, most of which don’t just focus on combat. In fact, the majority also influence your effectiveness as a mercenary leader and eventually, presumably lord, featuring things like strategy and diplomacy.

From there the narrative begins, and you’re thrust into a fairly lengthy, but not very helpful, tutorial about the game’s mechanics. Giving you the cliff notes the game has a worldview that sees you ride around the sandbox map and certain hub locations, like towns and hideouts. Like the original Mount and Blade quests are picked up at hubs via NPCs. What is different is the new dialogue system, which, though in its early stages, now offers various options and feels a little like the conversation mechanics in most modern Bioware games. 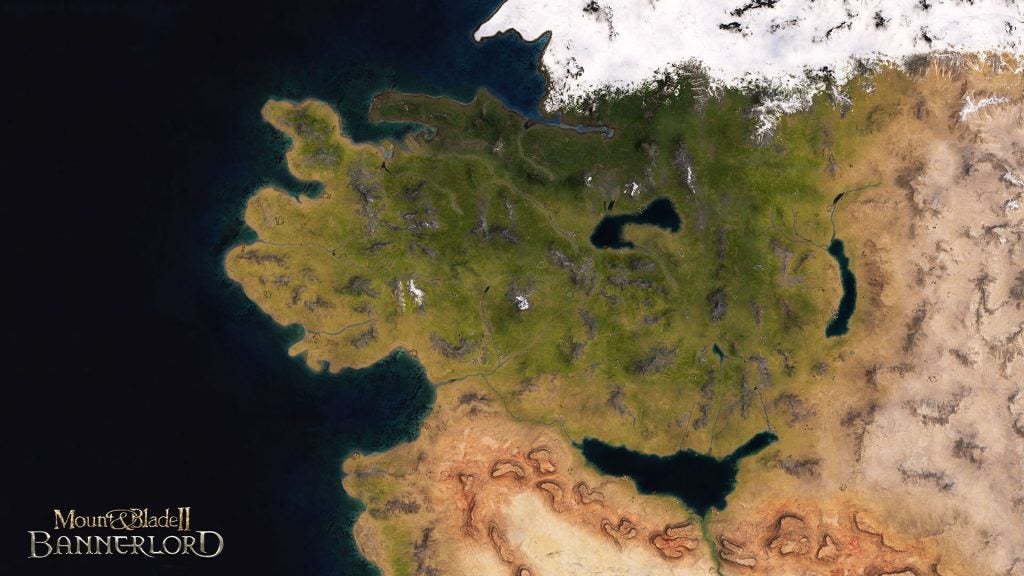 Though you can go it alone, the first order of business is recruiting soldiers to your cause, as the game’s once again got a serious focus on realism and few blows will kill your character, even at the game’s lowest difficulty. Individual combat feels a little like For Honor’s system, where you can move your shield and weapon to strike or defend at different angles. But it’s made more difficult by the lack of any lock-on functionality.

Early on this’ll lead to several embarrassing losses where you die awkwardly flailing into thin air while a bandit leader precision kills you from behind. The mounted functionality also returns, letting you opt to ride a steed or run into battle on your own two feet. Whichever you do be prepared to swing many misses, as combat, once again isn’t all that precise at the moment.

While this is all very cool, you have to remember the game is still in development. As it stands the game featured duplicate placeholder settlements and entire parts of the main narrative aren’t playable, and NPCs still don’t feature voice acting across the board. Even if they do, they are missing animations, making it feel like you’re talking to a human-sized doll. After a few hours, you will find yourself messing about in the open world, ignoring the main quest line as a result.

Even with these limitations, there’s plenty of fun to be had as the core mechanics are still wonderfully addictive and entertaining. The game’s missions follow the same format, seeing you ride in the world map to enemy hideouts or strike competing raiders and warbands that are roaming in your vicinity.

From there, you enter a battle mode, and the game’s robust strategy elements kick in. Once in a mission of fight, you’ll enter a third-person view where you can fight as an individual or command your troops. As it stands, you can tell your warriors to follow you, charge, or defend specific positions using the keyboard’s F-keys (tested on PC). The system works similarly to the commands in Mechwarrior 5 and makes for a compelling, but intuitive experience.

You’ll also be tasked to feed and supply your soldiers and buy or loot, supplies to keep your troops paid, fed and watered along the way, which is the main factor limiting the size of warband you can command.

The game will also eventually let you buddy up to factions and already has the barebones of a reputation system that’ll inform how specific NPCs and groups respond to you based on the decisions you make. But at the time of publishing, we hadn’t played enough to see what impact it has on the story. 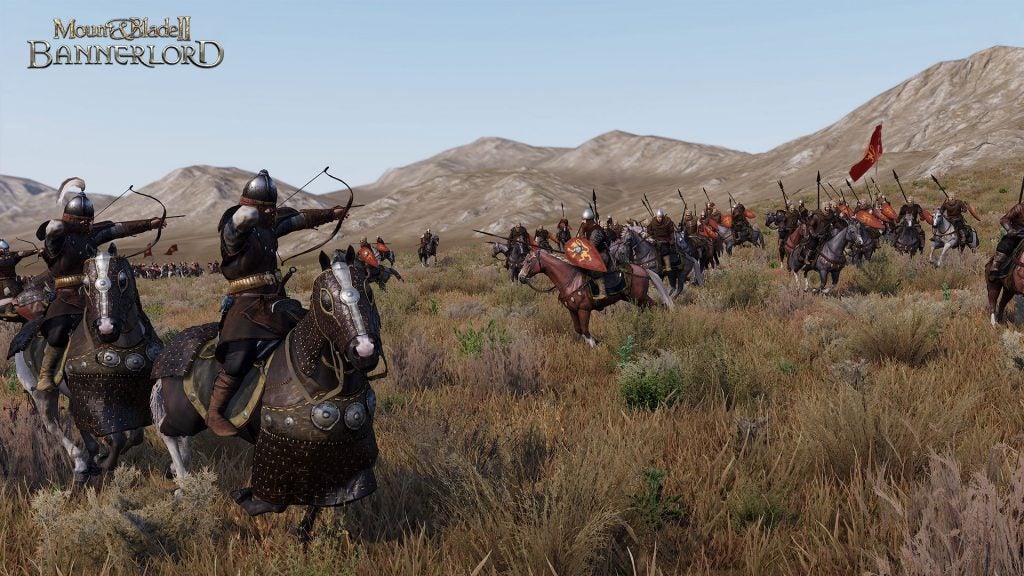 Does Mount and Blade 2 have a multiplayer campaign?

Mount and Blade 2 will have multiplayer when it fully launches. There is a multiplayer option in the Early Access menu, but Trusted Reviews couldn’t get it to work at the time of publishing.

At launch, the developer plans to make multiplayer separate to the main campaign, and let players fight in isolated matches. There are rumblings it will add a multiplayer element to the campaign at a later date via DLC, however.

Does Mount and Blade 2 have controller support?

The game doesn’t currently have full controller support, but Xbox controllers do have limited functionality. Specifically, you can navigate the game’s menus and control your character using an Xbox or Steam Controller, but you can’t use it to enact most of the game’s strategy elements, like commanding troops.

Will Mount and Blade 2 ever come out?

Mount and Blade 2 was made available on early access on Steam on 20 March. It doesn’t currently have a release date, but the developer diary says the firm plans to keep it in Early Access for at least a year. The final version will launch Mark 2021 at the earliest, as a result.

Mount and Blade has always been a labour of love, and that shows in the Early Access build of Bannerlord. Though it’s still incredibly rough around the edges, it’s clear the core mechanics that made the original great are already in place.

Existing fans will find more than enough content to keep themselves entertained as a result. However, new players may struggle to find their way in the game’s current state, with the combination of high difficulty and a slightly lacklustre tutorial making it hard to find your rhythm early on.