Final Fantasy 14 has made history by being the first videogame to participate in the Gay and Lesbian Mardi Gras Parade.

The float was taken through the city during parade night with the help of members of Sydney Gaymers and other players of the popular MMORPG.

Fans of the series will immediately recognise the distinctive inflatables decorating the float such as a Moogle, Cherry Bomb and Cactuar.

“FFXIV is another world that continues to grow and expand online. In that world people become adventurers, known as the Warriors of Light, and can continue to be free. I would like to continue developing this world, hand in hand with communities across the globe,” said game director Naoki Yoshida. 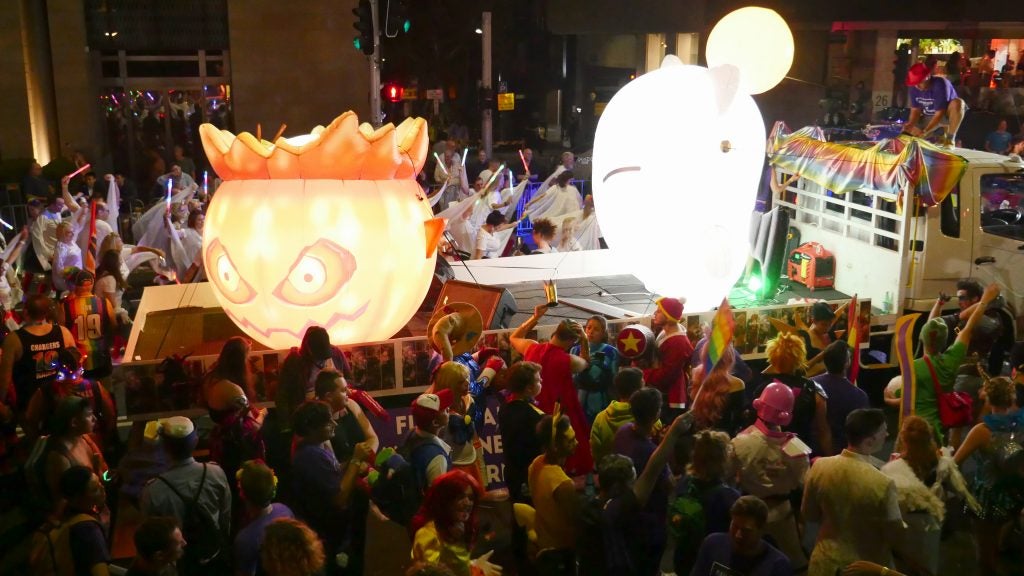 For years, MMORPGS have fostered communities across all manners of genders, sexualities and orientations, and seeing people come together outside of the game to celebrate is brilliant.

More specifically, Final Fantasy 14’s popularity has led to the creation of ‘Gayorzea’ which is both a clever pun on the game’s world and a growing community where gay, lesbian, bisexual and transgender people can play, chat and feel like they belong.

At the time of writing, Final Fantasy 14 is the second biggest subscription-based MMORPG in the world behind Blizzard’s World of Warcraft.

The latest expansion, Shadowbringers, is set to launch on July 2, 2019. If you’re eager to catch up, The Starter Edition is available for free on Twitch Prime right now.