Everyone has an opinion on Apple products, but few are as contentious as the long-rumoured Apple Car.

A senior Ford executive has revealed the carmaker believes that Apple has the potential to build a lucrative automotive business.

We asked Don Butler, Executive Director for Connected Vehicles and Services at Ford, whether he thinks Apple and Google could create successful car franchises.

“We welcome others joining. We welcome the activity that’s in the space. We think it’s exciting. It’s actually changed that we are embracing,” said Butler, speaking to TrustedReviews at the CES 2016 tradeshow in Las Vegas. “So I think Apple can do it. I think Google can do it.”

Ford’s connected vehicles lead continued: “I think that what you will most likely see is a number of partnerships with companies that bring different skill-sets to the table working together to deliver solutions that neither of them could have done possibly on their own.”

Despite not being formally announced, the Apple Car – an electric, autonomous vehicle rumoured since early 2015 – has already drawn its fair share of skepticism from industry veterans.

Lutz went on to nail down exactly why he doesn’t believe Apple can build a successful car empire:

“First of all, Apple has no expertise in batteries. They don’t make batteries. The specialized electrochemical companies make batteries and Apple is going to buy batteries like everyone else. And when it comes to actually making cars, there is no reason to assume that Apple, with no experience, will suddenly do a better job than General Motors, Ford, Volkswagen, Toyota, or Hyundai.”

“If I were a board member of Apple, I’d ask some serious questions about this thing,” he added.

But Lutz isn’t the only member of the car industry’s top brass to disparage Apple’s yet unconfirmed car plans.

Dan Akerson, retired CEO of GM, told Bloomberg that he “wouldn’t be very happy” if he were an Apple shareholder.

“I would be highly suspect of the long-term prospect of getting into a low-margin, heavy-manufacturing business,” Akerson explained. “A lot of people who don’t ever operate in it don’t understand and have a tendency to underestimate.” 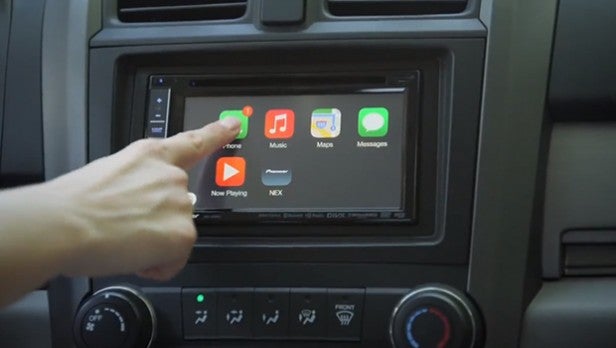 The former car boss added: “They’d better think carefully if they want to get into the hardcore manufacturing. We take steel, raw steel, and turn it into car. They have no idea what they’re getting into if they get into that.”

Apple has already shown interest in the automotive industry with CarPlay.

The Apple technology, which lets you control an iPhone using your in-car display, launched in 2014. The company says all major vehicle manufacturers are now on board with the platform.

And financing isn’t an issue either. Apple is currently the most valuable publicly traded company in the world, with a record market capitalization of $723 billion.

That’s more than double the second and third place firms, which are Microsoft ($357bn) and Exxon Mobil ($347bn). What’s more, last October it was revealed that Apple has a staggering $206 billion in raw cash reserves.

Check out our full Ford interview below:

But most of the doubts about Apple’s automotive credentials relate to the actual manufacturing of a vehicle.

“The long-standing tradition of making cars is something that is a significant learning curve, and even with a company that’s as sophisticated as Apple – and Google – that process still takes time.”

It’s not all doom and gloom, however. In 2015, prominent economics journalist Matthew Yglesias, of Vox, defended Apple, writing:

Of course, Apple has yet to confirm any such plans in the automotive sector, so all anyone can do is speculate for now.

Let us know what you think of Apple’s car prospects in the comments below.