Baldur’s Gate 3 has finally launched into early access, giving eager fans a chance to pre-order and get a sneak peak at Larian Studio’s much sought after new entry to the iconic RPG franchise.

But, with the full game still far from finished and the studio having been rather tight lipped about what to expect from the full game and its early access release, you may justifiably have some questions about Baldur’s Gate 3.

Here to help we’ve created this definitive guide detailing everything you need to know about Baldur’s Gate 3 including the release date, news and our hands-on impressions from the early access version of Larian Studio’s latest. 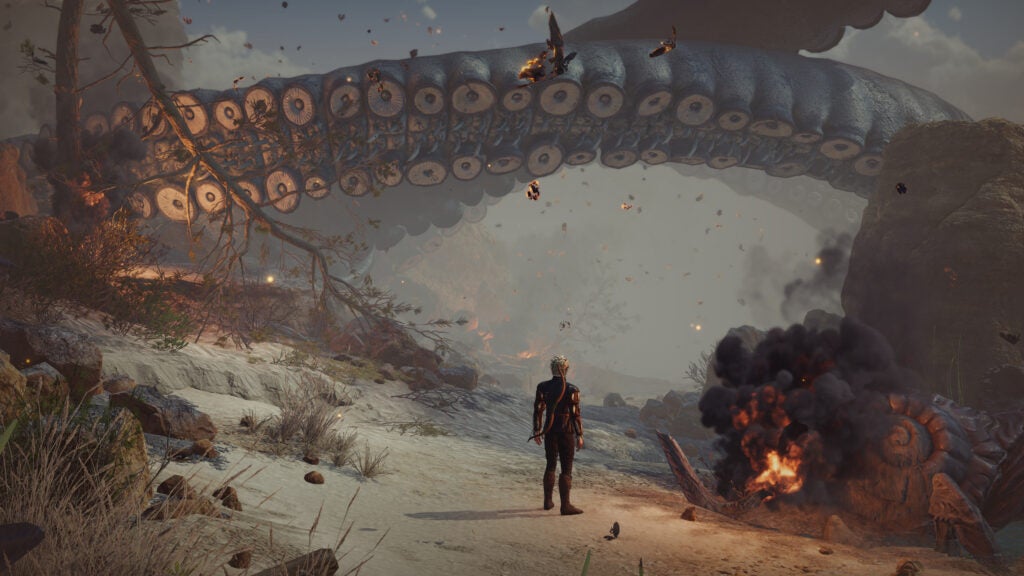 What is Baldur’s Gate 3?

Baldur’s Gate 3 is a strategy RPG in the same genre as Larian’s previous Divinity: Original Sin series of games. It tasks you to take control of a pre-built, or custom character, build a party and navigate a hostile world set in the Dungeons & Dragons universe.

In terms of story, as the name would imply, it’s a sequel to the iconic Baldur’s Gate 2 that launched all the way back in 2000. However, rather than being a direct follow-up to the previous game’s narrative, Baldur’s Gate 3 is set 100 years after the first games’ epic story concluded.

Larian hasn’t confirmed if there’ll be any direct overlap, and downplayed all questions from Trusted Reviews about if we’d see some familiar faces, but it’s likely trying to keep such reveals a surprise for hardcore fans.

Editor’s Note: No Minsc and Boo, no deal.

All we know is that the game tasks you and your party to fight, or help, a new race of Nautiloid, Cthulhu-esque, monsters after they “infect” your main character with a parasitic “Tadpole”.

As a result the build on offer is constantly changing as the developer updates it, so what you’re playing may not be representative of the full, final release. This is particularly true on the current build of Baldur’s Gate 3 which currently includes a playable version of the game’s first act and online multiplayer so you can raid dungeons with up to three friends. 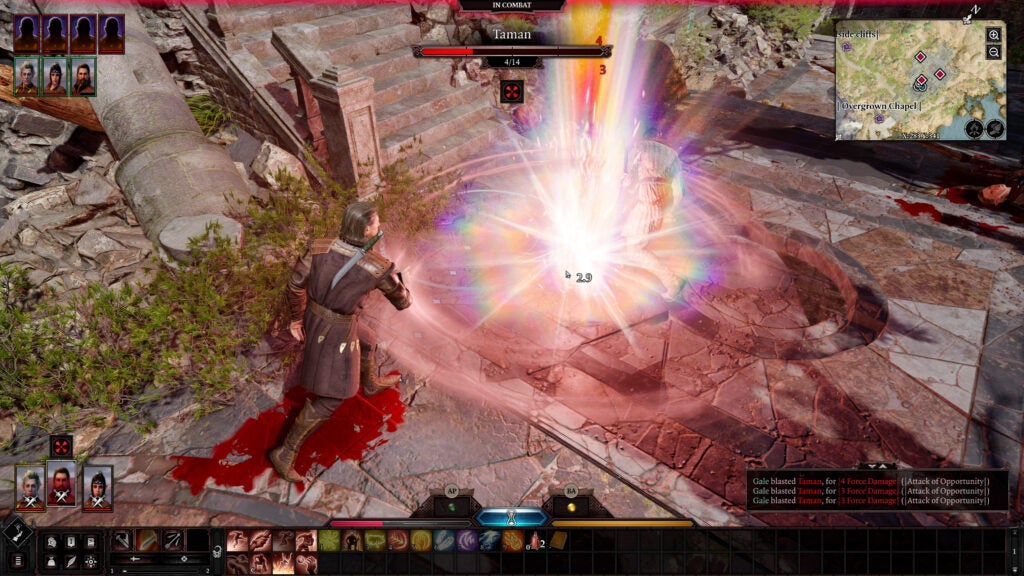 This may sound small but, for early adopters and people looking to experiment with different custom character builds ahead of the full release, there’s still plenty to sink your teeth into.

Larian has confirmed you will also be able to play as one of several pre-made protagonists, with more bespoke narratives in the final game or your own custom character. But in the current build from the opening sequence you only have the option of creating a custom character. There’s currently a choice of 8 Dungeons and Dragons races/subraces to build off and a selection of 6 classes.

More are planned to be added as early access continues. But what’s on offer is already more than good enough with the build taking full advantage of existing and suitably epic lore. Seasoned fans of the franchise will be happy to know you can also customise your custom characters appearance origin, name and gender.

From there you’ll be taken through an opening cutscene to establish the opening premise before being dropped into the first act’s map. Once in you’ll be treated to classic Larian gameplay many players will recognise from Divinity: Original Sin 2. Specifically, you’ll be tasked to explore a hostile landscape full of enemies to battle and NPCs to chat to, all of which unfolds in different ways depending on decisions made and actions taken.

Movement works in the same way it does in Divinity, letting you play in third-person or zoomed-out isometric-like views. The only difference is that there’s a new, more advanced jump ability and increased focus on “building”. The latter lets you carry out tasks such as stacking crates to create ad hoc staircases or bridges to reach otherwise inaccessible areas.

Combat is also incredibly similar at first, though there are already a few key elements differentiating Baldur’s Gate 3 from Divinity. Battles are turn-based and look near-identical to Divinity 2’s. The only difference is that the skills and spells on offer now follow Dungeons & Dragons rules.

This is no bad thing. Like Divinity, combat focuses on stacking actions and using the environment. During combat you can do everything from pushing enemies off ledges, to creating fire arrows on the fly by dipping them into torches.

Larian claims it’s already got 146 spells and 80 combat actions built into the game and, having played through the entire build, I can confirm there are all manner of bizarre and wacky ways to burn, electrocute, bludgeon and transmutate your foes on offer. 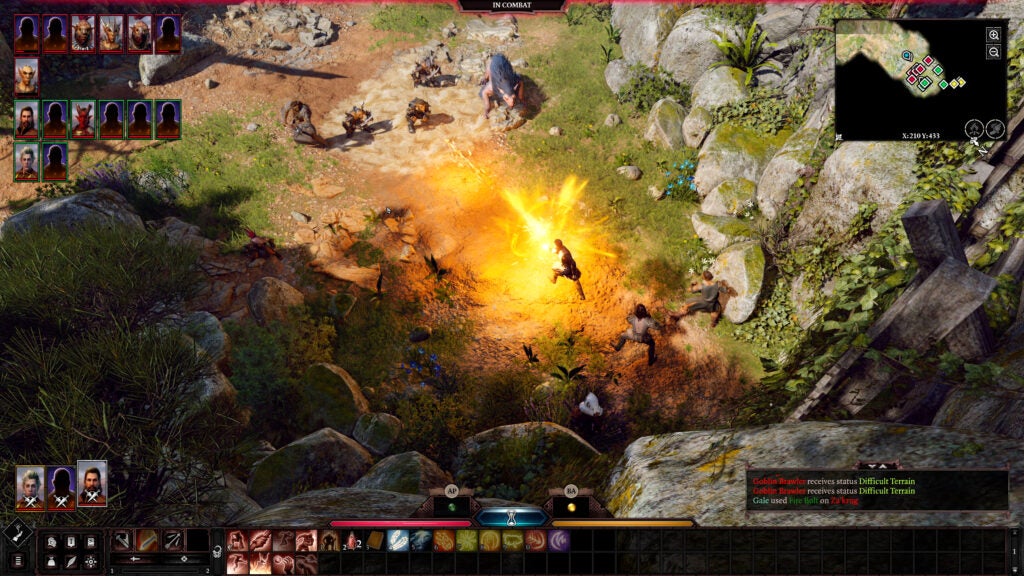 But, the bigger changes relate to what goes on outside of combat. Like Dungeons & Dragons, spells can only be used a certain number of times; the only way to replenish them is to rest at your camp.

The new “turn-based mode” is another key change that opens up a lot more opportunity for pre-battle strategy. This is a fresh option that lets you activate combat’s turn based mode at any time.

Such a tweak sounds small, but it makes it far easier to enact detailed plans involving sneaking past guards to preposition party members in advantageous positions, or solve puzzles, of which there are many. I’ll be curious to see how far Larian pushes this part later in the game as it opens the door to much more advanced puzzle and stealth mechanics which felt a little unpolished or simplistic at times in Divinity.

One of the only concerns I have so far is that, while the game looks awesome and combat is fun, as an early access title, it’s too early to know if Baldur’s Gate 3 will fix our biggest, and pretty much only serious issue with the studio’s Divinity games: how vanilla the plot becomes using custom characters.

While creating a custom build is awesome fun in Divinity, if you did so you’d miss out on excellent parts of the narrative that were tailored to one of the premade heroes, making the plot feel a little hollow by comparison.

Baldur’s Gate 3 features a robust set of dialogue options and the current build’s cast of 600 NPCs are well written with each faction bouncing off the other. It also does a decent job representing the Dungeons and Dragons universe with some races reacting with hostility to others or dishing up old dirt when you talk to them.

But, the coolest and most promising update relates to how you interact with your party members. This is most evident in the rest system, which looks a little like the original Dragon Age’s. It sees you jump to a hub where you and your party are huddled around a campfire. While resting you can chat, or perform certain actions on party members – who react with plus and minus approval ratings depending on what you do. How you talk to them directly informs how they react to you and their performance in combat. A disenfranchised party member won’t bring their A-game to battle and will carry negative status effects until you fix their mood.

The “Tadpole” also helps mix things up, granting your character psychic powers that let you do things like read minds. You can even invest in these abilities as you level up, though this can put your character in danger as it helps the Tadpole take over more of your body/soul, putting you at risk of becoming one of the monsters you’re fighting. 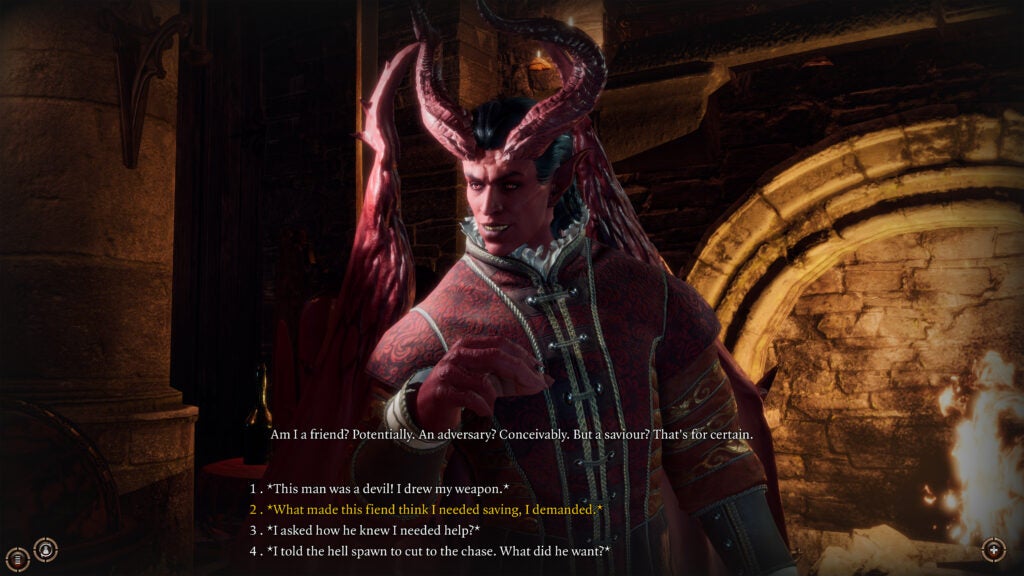 These are nice touches that help mask the fact the custom characters are effectively blank slates for players to create their own stories. Hopefully this will continue as the narrative progresses. Though it’s too early to call if that will definitely be the case at the moment.

People thinking about investing in Baldur’s Gate 3 this very second should also be aware, it is very much a work in progress. Despite being built on the next-gen Divinity 4 Engine, it’s still fairly unstable, full of missing features and more than a few bugs. In the five days I’ve been testing Larian’s released a new build radically improving the graphics and identified a critical bug that caused the game to repeatedly crash when played using the Vulkan API mode on one of Nvidia’s RTX 3080 graphics cards.

Even swapping out to an RTX 2080 Ti and switching to Direct X 11 I experienced frequent frame rate drops and issues with the game’s save functionality. This is part and parcel of investing in an early access game, but it doesn’t mean any player should go in knowing they are purchasing a work in progress.

The full version of Baldur’s Gate 3 doesn’t have a formal release date, though Larian has reported plans to have the final build in 2021.

How much is Baldur’s Gate 3? 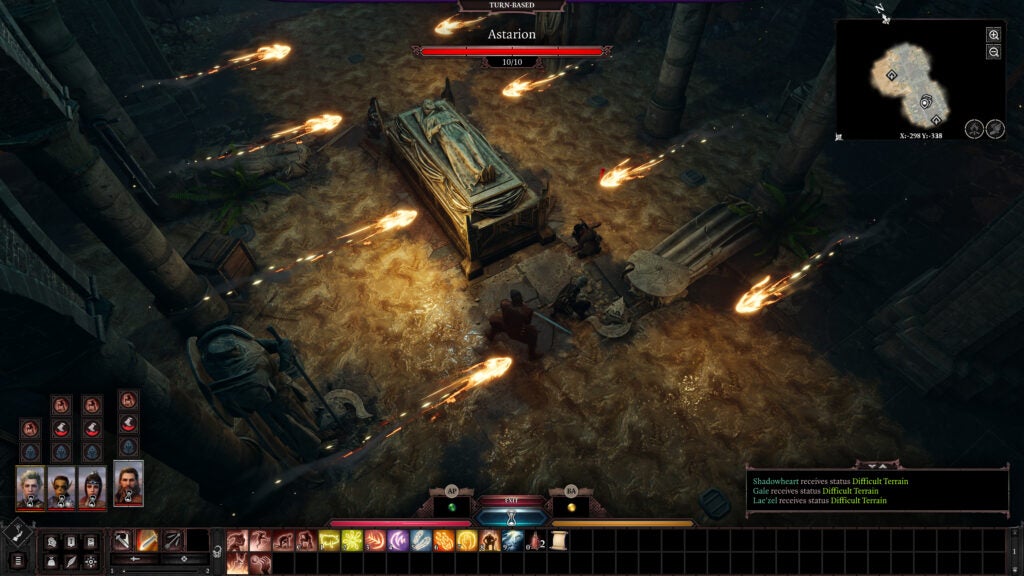 Baldur’s Gate 3 is still very much a work in progress. But the early access build oozes potential, featuring great character creation dynamics, amazingly varied combat mechanics and a rich and vibrant premise that looks set to do the epic RPG franchise justice.

But, it is not a full game yet. As a result, if you just want to play for its story you will be better off waiting and hitting it fresh when the final product finally appears sometime next year. The only players that will really benefit from it in its current state are hardcore fans that want to be part of the game’s development by offering Larian direct feedback as it’s made.