Virgin Active’s Mansion House club has become the first in the UK with Apple Watch GymKit integration. We went along to put it through its paces and see how it fares on the treadmill.

To say the Apple Watch began finding its footing when it started focusing more on fitness is probably an understatement. Since the launch of the more exercise-oriented Apple Watch Series 2 – which introduced water-resistance and built-in GPS – the Apple Watch has become more of a hybrid device that’s a fully-fledged sports watch and a smartwatch combined.

That focus continued with the Apple Watch Series 3, which looked to remove more of the reliance on an iPhone carried in tow. The latest Series 3 model has an altimeter for elevation data and optional LTE connectivity so you’re never disconnected even if you leave your phone behind. 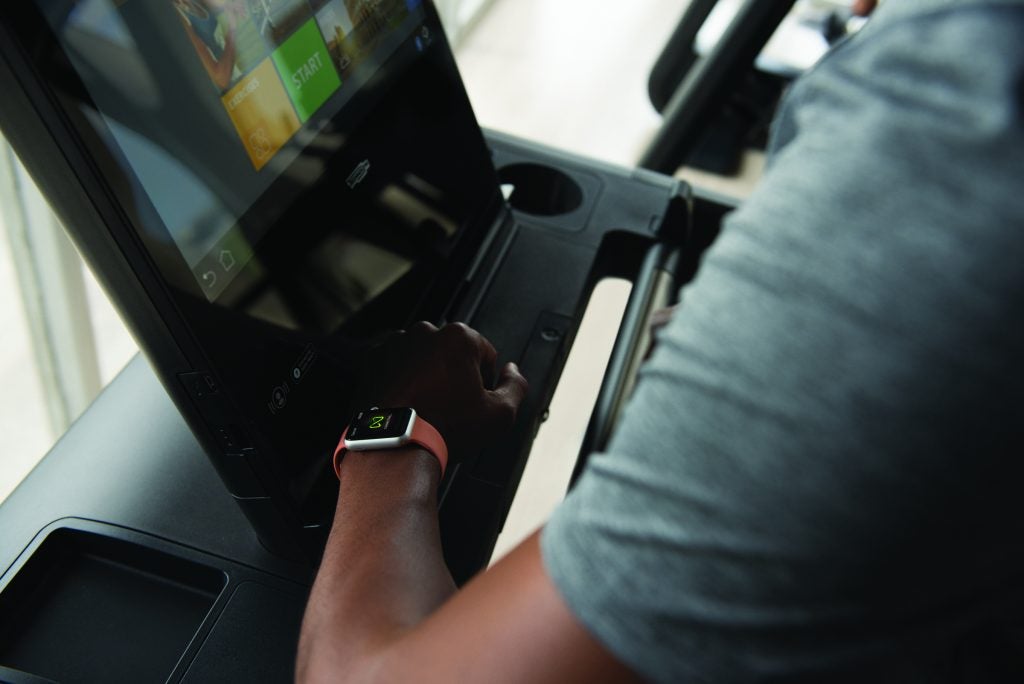 Another new feature Apple showcased at its Series 3 reveal was its GymKit integration, which is a part of the latest watchOS 4.1 operating system, meaning it’s available across all Apple Watch devices. The new functionality allows the Apple Watch to communicate with compatible gym equipment, allowing two-way exchange of relevant information. For now, the focus is on cardio-based machines, such as treadmills, ellipticals, indoor bikes and stair steppers.

Speaking with Jay Blahnik, Apple’s Senior Director of Fitness for Health Technologies, he sees integration very much as a way of removing some of the pain points of beginning any indoor workout. After all, go for a run outdoors and distance and pace are all measured by the built-in GPS of the newer Apple Watch models. Go for a run on a treadmill in the past and all of this information and more, such as incline, is being accurately measured by the treadmill but not on your Apple Watch. Conversely, your Apple Watch is capturing lots of data not seen by the equipment, such as your heart rate.

It’s this disparate information that means accuracy is lost. Jay Blahnik told me that Apple’s own research show that most users simply hop on gym equipment and begin a Quick Workout. This means that important user data isn’t being provided to the equipment, such as age, height and weight, meaning any calorie burn estimations are going to be way off the mark. Now, through GymKit, this user data is instantly shared with the equipment.

Related: How the Apple Watch stacks up against dedicated fitness trackers 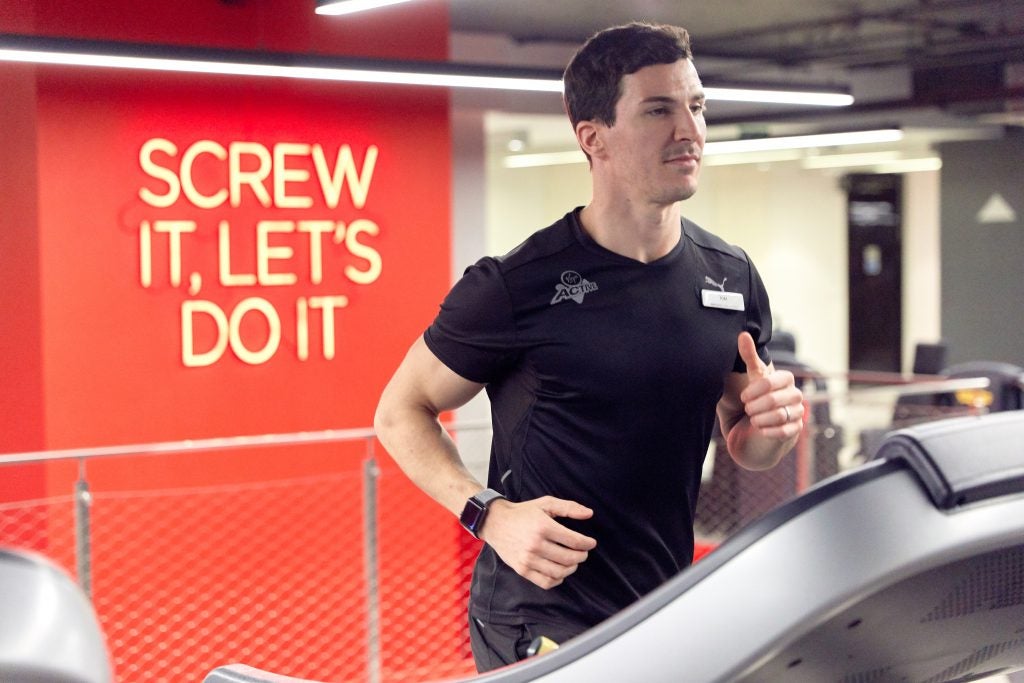 Similarly, while in the past your Apple Watch could detect an increase in effort when you crank up the incline on the treadmill due to heightened heart rate and perceived effort, there was no cause and effect element. Now the equipment can deliver this extra layer of information to the Apple Watch, as well as therefore providing information on elevation gain. It means runners perhaps relying on indoor treadmills in colder months can more closely emulate the variable elevations of their outdoor runs – and have the data to back it all up.

Blahnik also used the stair stepper as an example of how users value certain data more depending on the activity. With the stair stepper, Apple’s studies have shown that exercisers care more about the distance climbed, whether that’s as high as the Empire State Building or Big Ben, rather than calories burned. Now, that stairs climbed figure can be shared with the Apple Watch and stored in the Workout app, just like any other exercise tracked directly on the watch.

Enrico Manaresi, TechnoGym’s Global PR Director said that retro-fitting recent existing equipment was low cost and pain-free, in fact the Virgin Active branch that’s debuting the GymKit integration was only done in a few hours. I popped along to the Mansion House branch to see all of this in action using the club’s Technogym equipment, and the experience really couldn’t be any simpler. Just tap the Apple Watch against the NFC reader on the relevant equipment then confirm the on-screen prompt on your watch and you’re off. Wireless two-way synchronisation is then seamlessly happening between the two, intelligently sharing whichever metrics are more accurate. 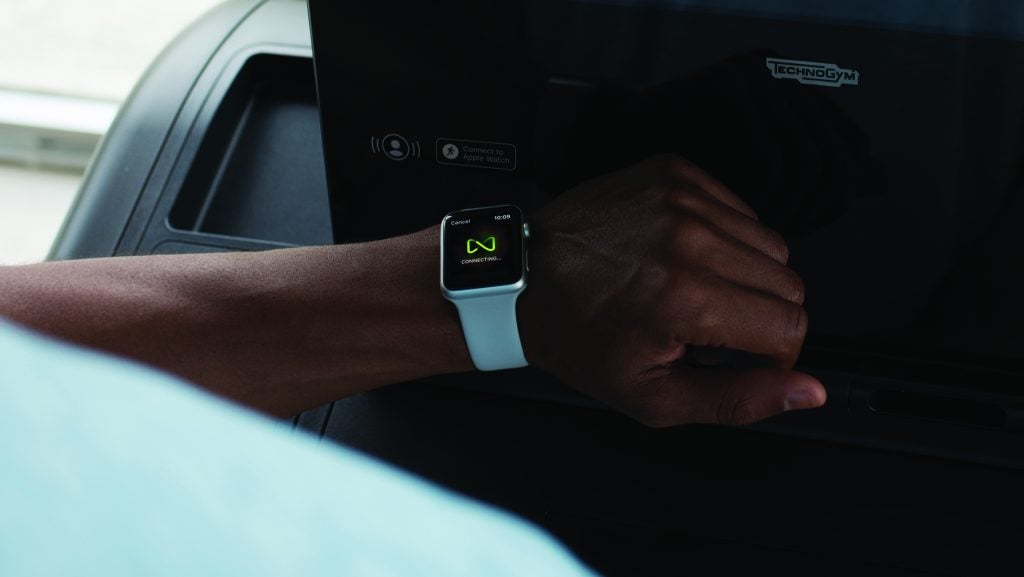 So your heart rate, captured by your Apple Watch, is delivered to the equipment and shown on screen. Jay confirmed to me that the heart rate data can be sourced from external sensors, which is great news for anyone like me who often wears a separate HRM strap (in my case currently a Polar OH1 on my upper arm). When the Apple Watch is paired with a Bluetooth HRM, it takes the place of its own optical HRM, so the GymKit-paired equipment sees no difference.

In the case of the Technogym treadmill I used, the heart rate data also means that it can now also display both Active and Total Calories, two figures familiar to anyone who has used the Apple Watch’s native Workout app before. While the Total Calories figure is the complete number of calories burned during that period, which includes those that would have been burned as part of your Basal Metabolic Rate (calories burned just existing), Active Calories show the calories burned as a direct result of the exercise you’re currently conducting. 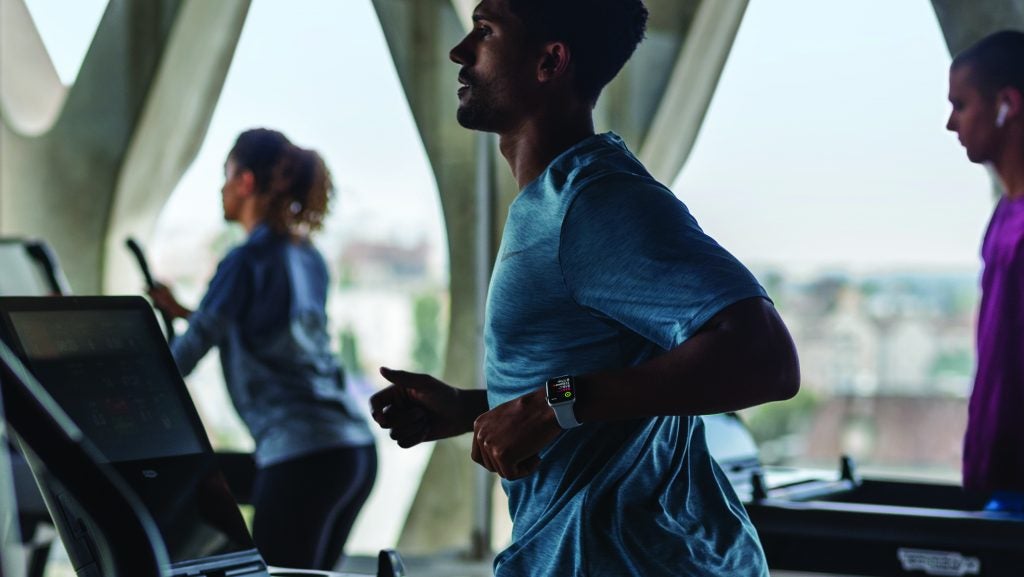 All of the information is being synced in complete real time between the Apple Watch and equipment, so any glances to your watch relays the same data as on the screen of the treadmill. In this scenario, there’s really no reason to glance down at your wrist but it’s reassuring how quickly everything syncs. Similarly, pause a workout on the treadmill and you feel an instant buzz from the haptics of the Apple Watch to tell you it’s paused your workout.

But what happens if you forget to pair the two devices at the beginning of your treadmill or elliptical session? Apple has thought of this. You can still tap your Apple Watch at any time and the treadmill’s already captured data is sent to the watch, a new workout is started and all of the data synchronised to the point of the treadmill. So whether you’re a minute into a run or 60 minutes into an endurance session before you remember, none of that data is lost. Any data the treadmill has incorrectly estimated at that point will also be updated to reflect any more accurate data from the Apple Watch. You can even do this GymKit pairing process at the end of the workout, provided the workout summary is still on the screen of the equipment. 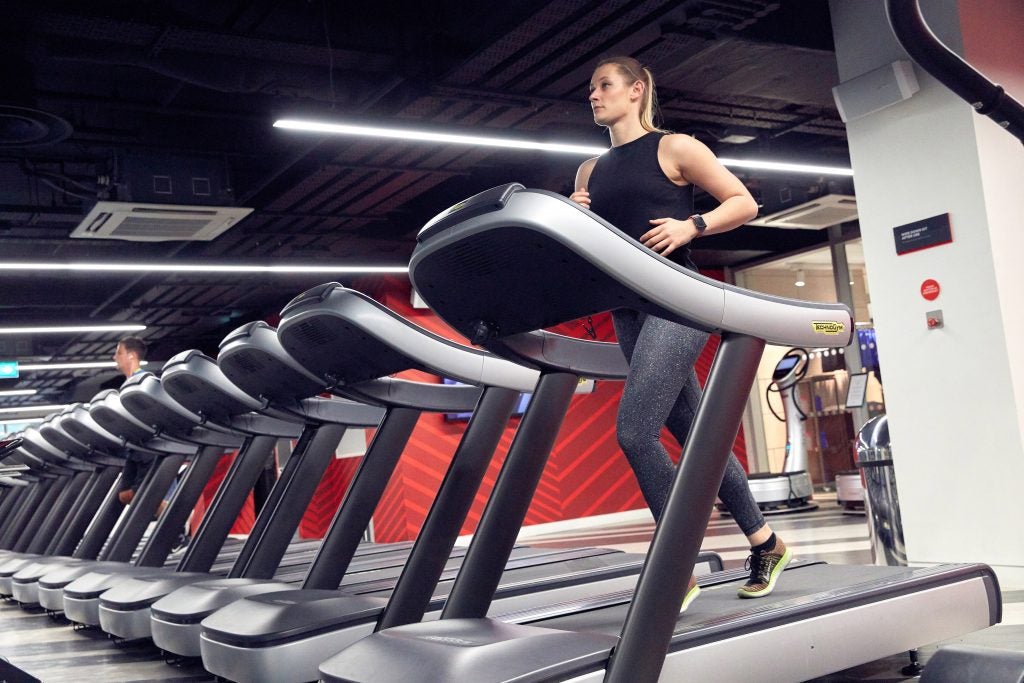 I honestly could see myself more inclined to jump on the treadmill or elliptical as part of one of my gym-based workouts due to how seamlessly all of this data is captured. In the past, all of my cardio was outdoors and the gym was my strength training domain. But now I can tack on some of my conditioning work without the feeling that some of that effort is being ‘wasted’ by not being captured.

The next step I hope, is a move beyond purely cardio-based equipment. While wearables geared towards free weights training still have some distance to go and are admittedly a much more difficult prospect to accurately capture, I feel like there’s potential for GymKit to work with fixed strength training equipment. Imagine GymKit working with the chest press, automatically syncing the weight racked and the reps achieved. Logging workouts would be a much simpler prospect. Happily, this is something that Jay Blahnik wasn’t ruling out.

With Apple working with the vast majority of manufacturers, and the supposed ease of retrofitting equipment, it should hopefully not be too long before you see GymKit available in more gyms across the world. In a very Apple way, my GymKit taster session left me wondering why something like this hasn’t already happened years ago.

Have you tried Apple GymKit yet? Tweet your experiences to us @TrustedReviews.