Google has launched the public beta for the Android 11 operating system and users with compatible phones can try out new features today.

If you have a Pixel 2, 3, 3a, or 4 series phone you’ll be able to enrol in the Android 11 beta program and download the first version of the public beta today.

Until now the beta releases have been limited to registered developers, but now the public can get involved too.

Given this is the first public beta, we wouldn’t advise installing this on your primary phone, but if you have a second Pixel knocking around, then now’s the perfect time to get involved.

You can enrol in the Android 11 Beta Program and get started with the operating system here. Even if you’ve enrolled in previous beta versions, you’ll need to enrol again. Once that’s complete, you can follow instructions to download the public beta onto your Pixel phone.

You’ll be able to sample new features based upon the three points of focus for Android 11: People, Control and Privacy.

Starting with People, Android 11 will offer a new section of the notification shade dedicated to Conversations, with rich features that enable replies, reminders and the ability to set shortcuts to threads on your lockscreen. 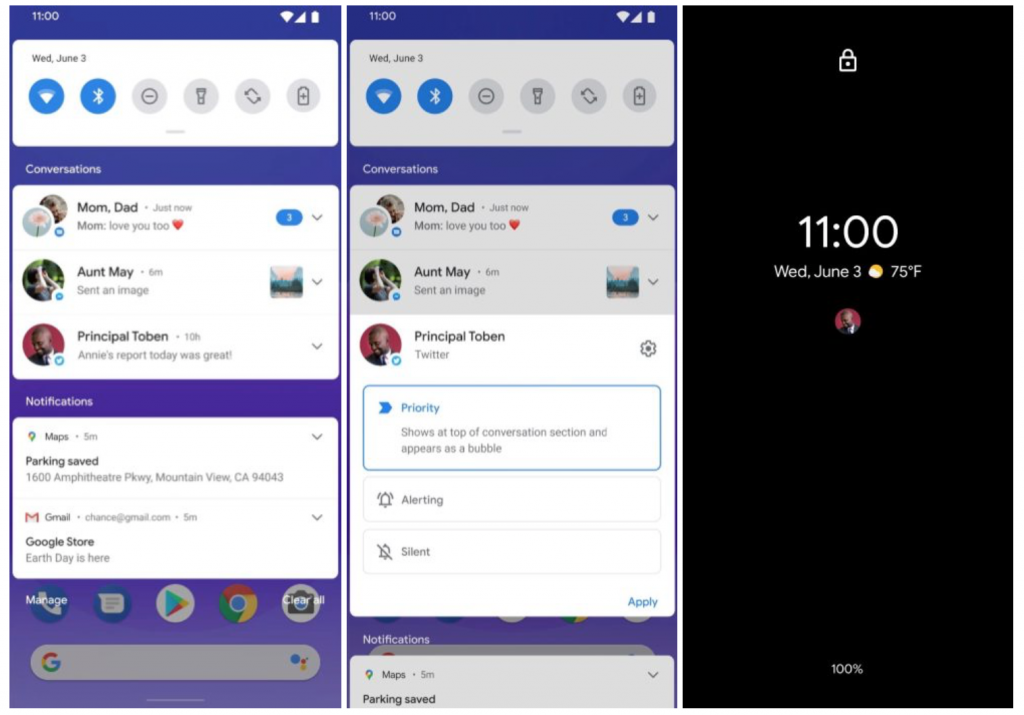 Google is also talking up the new Bubbles interface, which will place shortcuts to full conversations atop the current activity when a new message comes in. New voice access and consolidated keyboard selections to “securely offer context-specific entities” are also enabled.

Next up, it’s Controls. Google is prioritising your connected devices in Android 11 with a new panel accessed by a long press of the power button. It’s the power menu we recently saw in a developer beta, offering access to the Google Pay wallet too. Media controls are also getting an upgrade with Google making it more convenient to switch between output devices for audio and video content, which we’re sure to hear more about in the coming days.

The new Privacy features in Android 11, many of which we’ve already heard of, is the ability to give an app one-time permissions, new controls over background location use, and auto-reset of permissions after an extended period of time without use.

Following last week’s postponed online launch event due to the ongoing protests over racial injustice in the United States, Google has decided upon a low key release with a number of blog posts and short videos explaining new features.

In a blog post, the company wrote: “The global community of Android developers has always been a powerful force in shaping the direction of the Android platform; each and every voice matters to us. We have cancelled the virtual launch event to allow people to focus on important discussions around racial justice in the United States. Instead, we are releasing the Android 11 Beta today in a much different form, via short-form videos and web pages that you can consume at your own pace when the time is right for you.”