AMD has officially revealed the Ryzen 9 5950X processor, which AMD has labelled as the ultimate desktop processor for both content creation and gaming.

The Ryzen 9 5950X is the most powerful processor in AMD’s new Ryzen 5000 range, which is built upon the next-gen Zen 3 architecture.

The flagship processor features 12 cores and 24 threads, with boost frequencies up to 4.9GHZ. AMD claims the new Ryzen chip has broken the Cinebench R20 single-threaded record with a score of 640. AMD also revealed the new chip sees a 105W TDP (thermal design power).

Keep reading on for more details on AMD’s most powerful desktop processor yet.

AMD has also revealed that if you purchase the next-gen processor before 31 December, you’ll bag yourself a free copy of Far Cry 6 Standard Edition (PC digital).

AMD Ryzen 9 5950X specs and performance – How powerful is it?

AMD claims the Ryzen 9 5950X is the ‘ultimate desktop processor for gaming and content creation”.

That’s a bold claim, but AMD has the benchmark figures and specs to back it up. In a Cinebench R20 single-threaded benchmark, the Ryzen chip achieved a better score than the Intel Core i9-10900K. 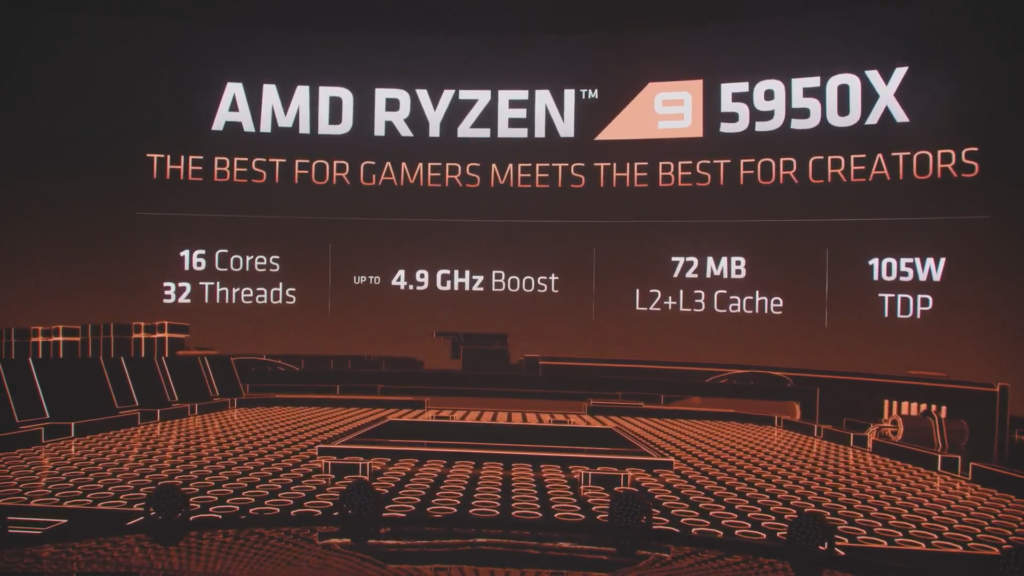 Of course, the likes of core counts and frequencies don’t paint the whole picture, with the performance efficiency of the architecture making a huge difference. We’ll have to wait until we’re able to review the Ryzen 9 5950X processor before getting a good idea of its performance power.