The Nothing Phone (1) has just been launched, but how does it compare to Google’s older and equally affordable alternative?

The Google Pixel 5, despite being long in the tooth, is still a reliable and strong performer that has been on many shopper’s wishlists if they’re looking for a decent all-rounder with a good camera that doesn’t cost the earth. However, will it be usurped in that position by the brand new Nothing Phone (1)?

The Nothing Phone (1)’s design is one of its strongest assets, and has generated considerable excitement among enthusiasts. The reason for that is its collection of LED lights on the rear panel, which can indicate when there’s an incoming call (with specific patterns for specific callers) or show the extent of charge than the phone has taken on when you’re juicing it back up.

Other than that though, we found that is physically resembled the iPhone 13 quite a bit, with its flat sides, rounded corners, and dual camera module.

On the other hand, you’ve got to admit that the Pixel 5’s design is rather pedestrian. There’s nothing that really stands out about it in terms of its looks, but we did like the fact that it’s small and manageable with just one hand, weighing just 155g.

The Nothing Phone (1) has a 6.55-inch OLED screen, and it’s enriched by a few premium features. First off there’s a 60-120Hz adaptive refresh rate, so it can run very smoothly for supported content or more efficiently when not needed, and there’s 10-bit colour and HDR10+ support there too for punchier colours. It looks like a promising panel for the price.

The Pixel 5’s OLED screen is a significantly smaller 6-inches, which may be a good or bad thing depending if you prefer a petite phone, but fortunately it does still have HDR10+ support. However, the refresh rate is capped at 90Hz, so you might notice that it’s not quite as smooth as the Phone (1) in some contexts. The resolution of the two devices is the same, at 1080p, but the Pixel 5 has tougher Gorilla Glass 6 rather than 5.

We described the Pixel 5’s screen as “a bright, colour accurate panel that really shines”, and our only complaint was that the auto-brightness was irritatingly slow to catch up with its environment.

The Nothing Phone (1) has got two sensors in its camera set-up, wide and ultrawide, and both have got 50-megapixel resolutions. We’ve not yet been able to try these out just yet, so we can’t comment on how good they are. None the less, there is at least some versatility on offer with a duo of options even if there’s no telephoto sensor thrown into the mix.

The Pixel 5 has a similar wide and ultrawide combo, though with different resolutions; the former is 12.2-megapixels and the latter is 16-megapixels.

We were highly impressed by the realistic bright colours that it produced, along with its natural bokeh effect that was expertly applied to photos, making them look thrillingly appealing. What’s more, if you like taking pictures in lowlight conditions then the Pixel 5’s excellent Night Mode makes it one of the best in the business for doing just that.

We’re looking forward to seeing how the Phone (1) stacks up, but it’s got a big challenge ahead of it if its camera is to perform as well as that of the Pixel 5.

The Nothing Phone (1) runs on a Snapdragon 778G+ chipset, which is an upper-mid-range tier chipset that’s likely to fall short of flagship standards but still offer good performance across most tasks. Similarly, the Pixel 5 doesn’t run on true flagship-standard silicon either, with a Snapdragon 765G processor on board.

The Phone (1)’s chip is likely to boast higher performance credentials, built on a 6nm process rather than 7nm and boasting higher clock speeds, but neither are likely to keep up with the best Android phones around for sheer muscle.

We’re looking forward to seeing how the Phone (1) stands up directly against its rivals when it faces our thorough benchmarking tests.

The Phone (1) has a 4500mAh capacity battery, while the Pixel 5 has a lower 4080mAh capacity. You might expect the latter to underwhelm, but actually we found its endurance to be pleasantly surprising, easily giving us 6 hours of screen-on time on a single charge and getting us through a busy 24 hours without a problem; this may well be due to its smaller screen.

We’re intrigued to see how the Phone (1) performs in daily life, since the bald numbers rarely tell the full story when it comes to battery performance. We’d have preferred to see a 5000mAh cell on board, but this one may well still do the business for all we know.

It certainly has better charging credentials for one thing, delivering 33W wired charging and 15W wireless charging, compared to 18W and 12W respectively for the Pixel 5.

It’s too early to pick one handset over the other at this stage, since we’ve not had the opportunity to fully test out the capabilities of the Nothing Phone (1). However, it’s a promising device in a few key areas, particularly with regard to its design and screen, so it might offer a tempting alternative to the Pixel 5. Nonetheless, Google’s smartphone absolutely shone when it came to the camera, and that’s where the Phone (1) may – or may not – struggle to keep up, so stay tuned to hear what we make of it once we’ve put it through its paces. 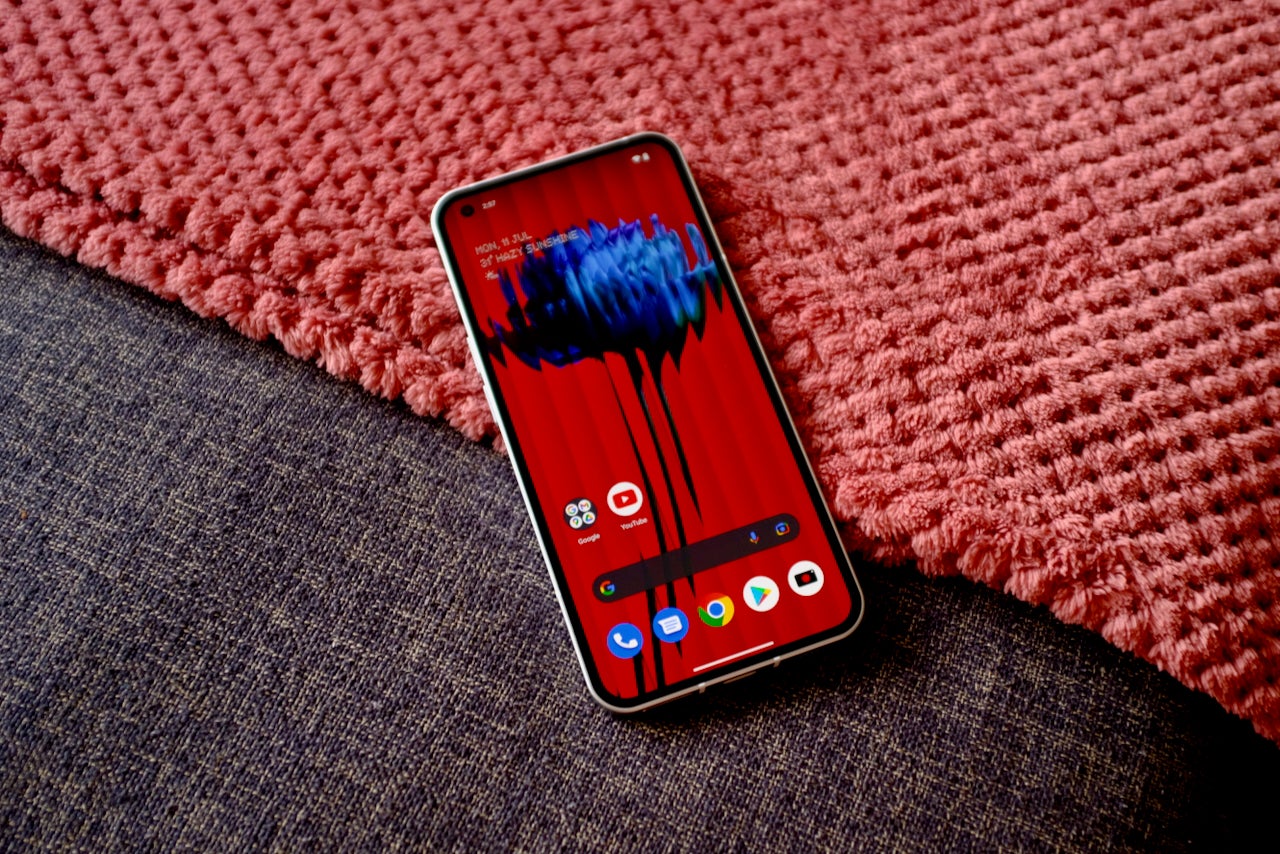 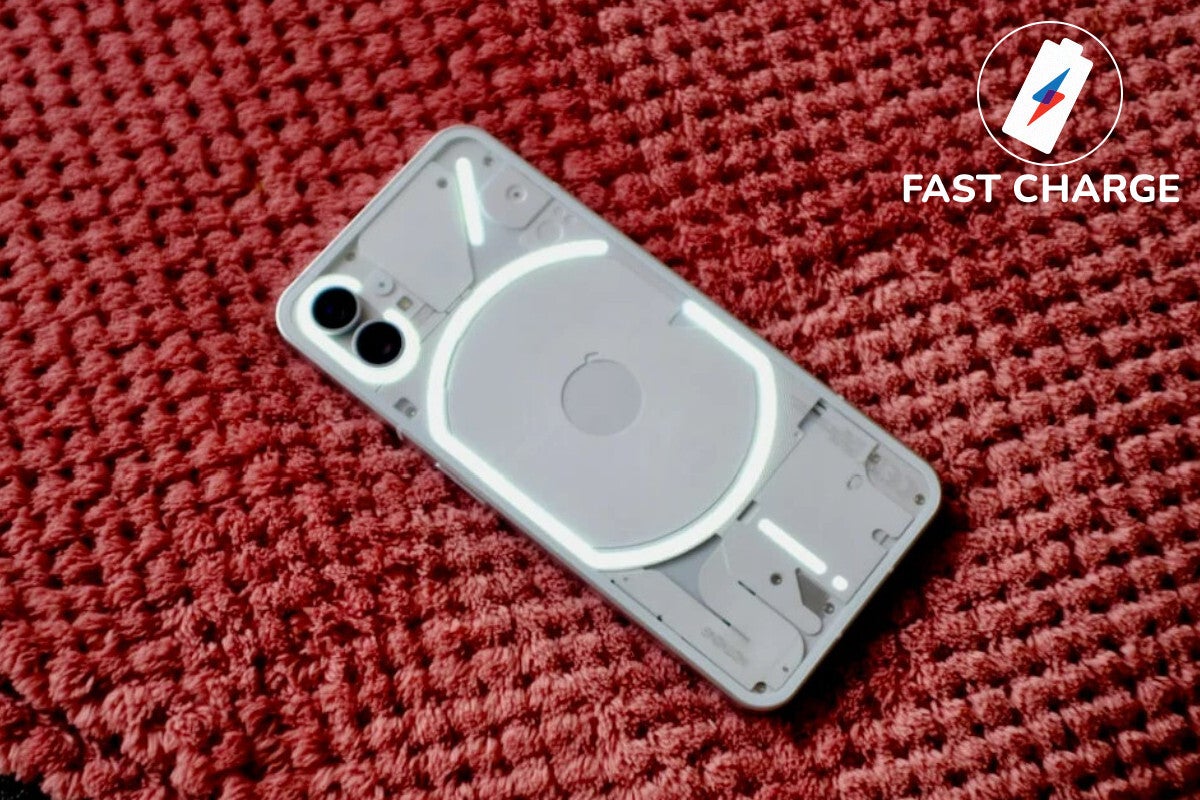 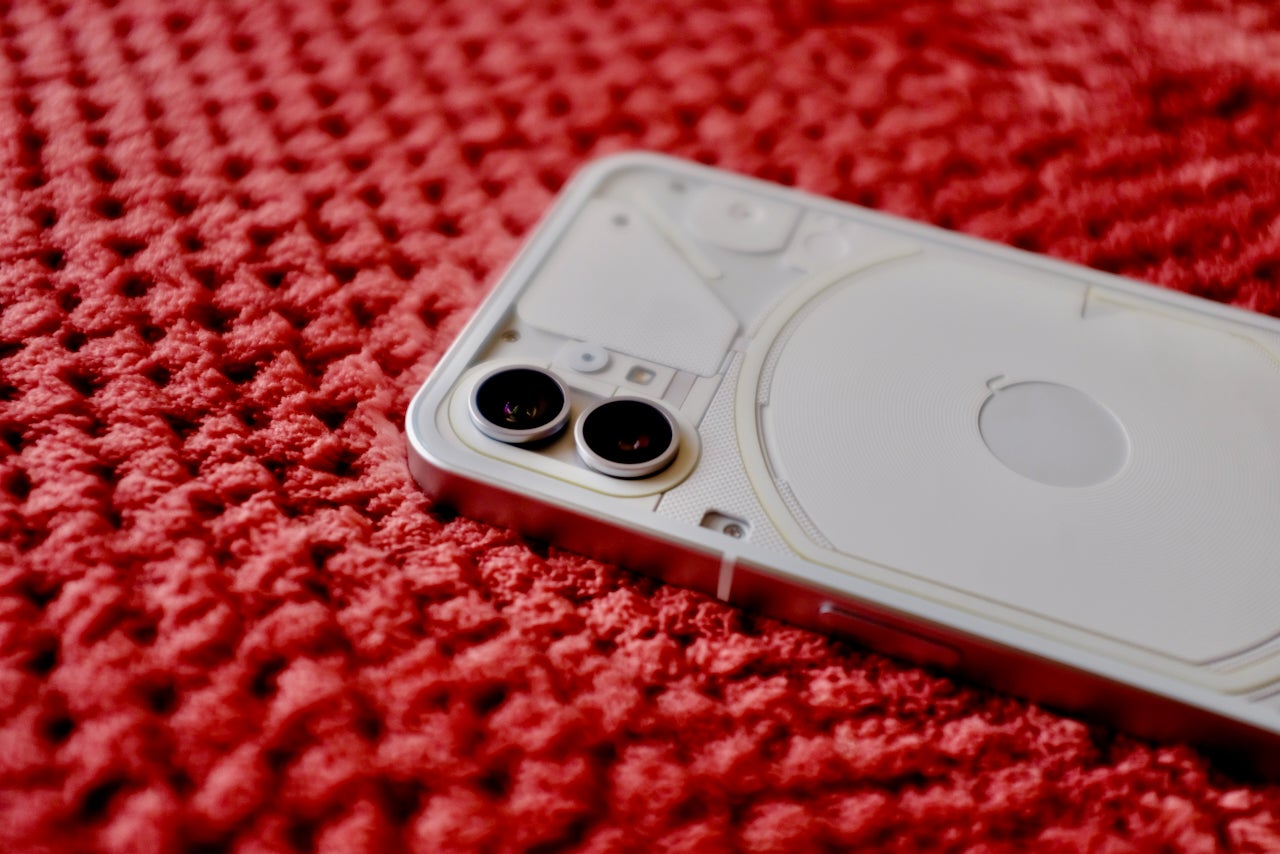 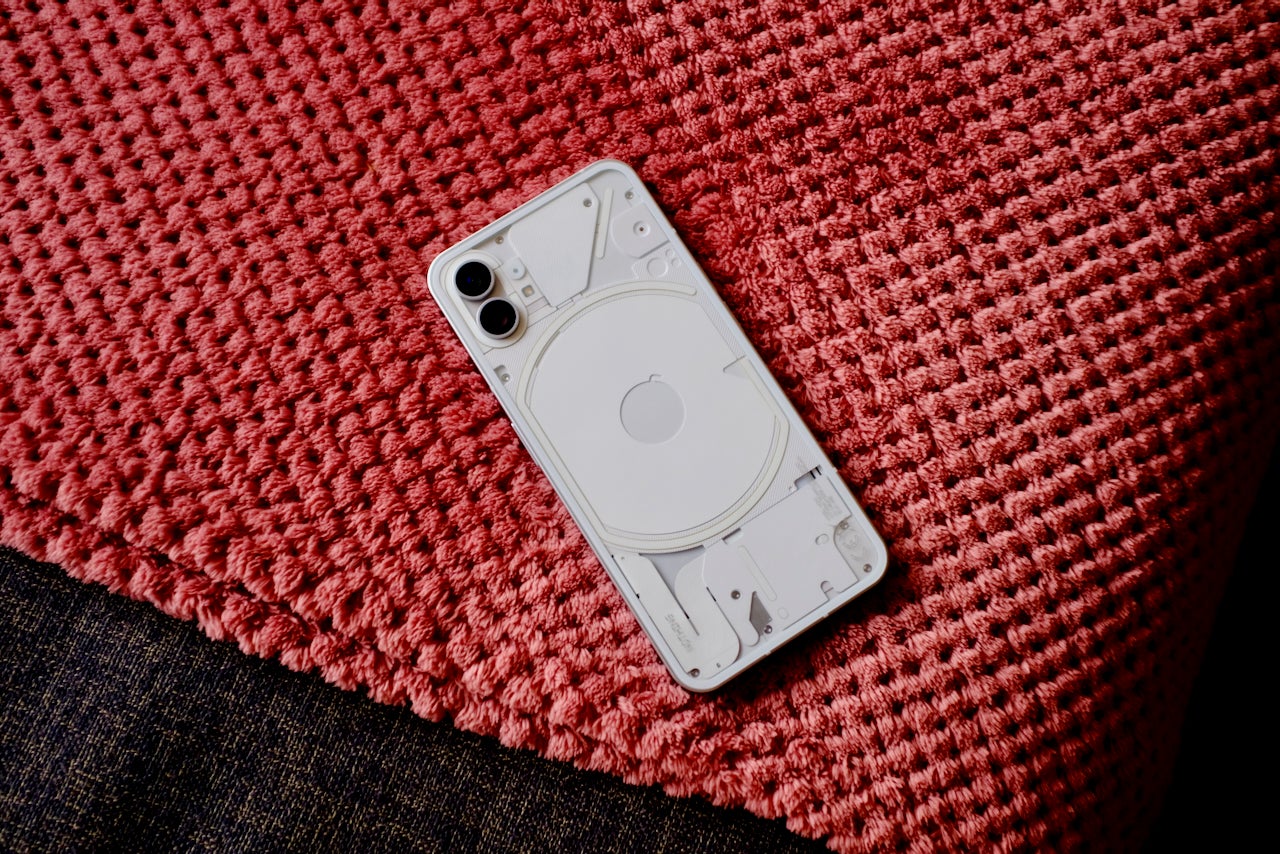