The Zotac’s cut-back GTX 1060 is still an impressive performer in games tests, with slick 1080p speed and the ability to play at 1440p, too.

It managed to beat a 50fps minimum benchmark in all three of Trusted‘s test games at 1080p, with its lowest average framerate coming in at 80fps in GTA V. It was consistently a little quicker than most laptops with the GTX 1060.

That gives the Zotac enough power for large displays and widescreen panels. It’s also enough to handle VR headsets, although not at the same fidelity as its more powerful siblings. 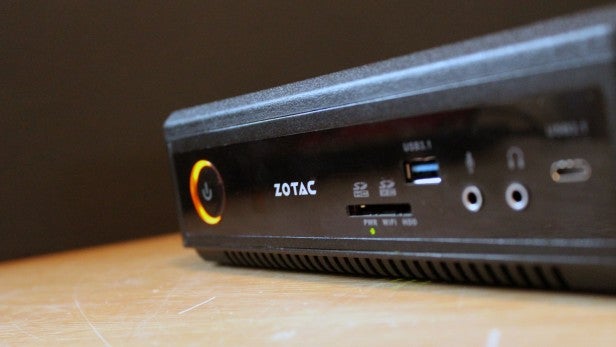 Remember that this is a cut-back version of the GTX 1060: here it scored 8,586 in 3DMark Fire Strike, but a desktop PC with the proper card will score a couple of thousand points more.

The low-power Core i5 processor is a decent general-purpose chip. Its Geekbench multi-core score of 9,161 is about level with laptops that have mid-range parts, and its PCMark 8 result of 4,438 is similarly average.

The i5-6400T scored only 2,914 in Geekbench’s single-core test, which is lower than most Core i5 laptops and desktops. This isn’t a surprise, however, since this low-power chip has a reduced clock speed – and that illustrates the limits of this machine. The Zotac can handle daily computing and general-purpose office tasks, but it won’t be a speed demon in tasks like video rendering.

The Zotac offers decent performance, then, but thermal tests reveal that it isn’t always plain-sailing. This machine’s GTX 1060 is rated for a peak boost speed of 1,671MHz, but it never got beyond 1,600MHz during testing. That’s only a tiny bit of speed, but it does show that the GTX 1060 is at its limit in this tiny chassis. 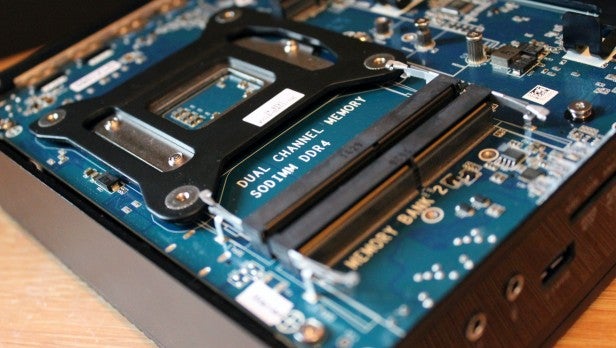 At least the Zotac kept cool and quiet. Its CPU and GPU peaked at a reasonable 76oC, and was a tad quieter than the current consoles. The exterior was never too warm, either – just ensure the machine’s vents remain uncovered and it will be fine.

Should I Buy the Zotac ZBOX Magnus EN1060?

The ZBOX Magnus EN1060 puts a huge amount of power inside a ridiculously tiny space. The GTX 1060 is a little cut-back but continues to blast through 1080p and 1440p games, and all while staying relatively cool and quiet.

The processor is fine, and there’s scope for good components elsewhere. It’s also sturdy and easy to access all the bits you’ll need to install yourself. 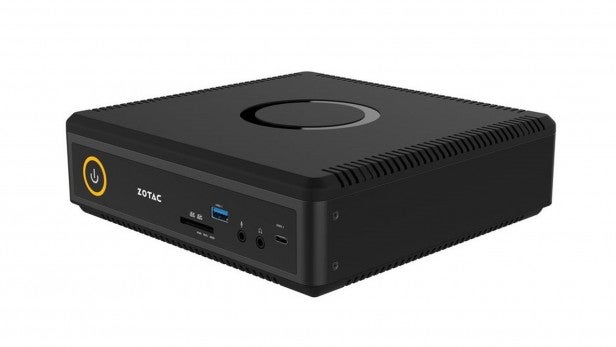 But it’s expensive. The EN1060’s £890 price is high, especially if you have to buy components and an OS on top – for similar cash you can build a better machine, or buy a pre-made mini-ITX desktop with comparable components.

The Zotac’s high price is a clear cost of miniaturisation, and if you’re after a console-sized gaming PC then it’s worth paying. It also makes more sense if you have components that can be recycled into this system.

Be aware, though, that other small machines offer much better value for money – even if they’re not quite as compact as the Zotac.

Zotac’s machine packs a huge amount of gaming power inside a small and discreet box, but the price of building such a tiny barebones system is clearly high. It’s great if you’re after a tiny living room gaming PC, but check the other options first.