What is the Zotac ZBOX Magnus EN1060?

The Magnus EN1060 is one of the smallest gaming PCs Trusted has ever seen. At just 210mm wide, 62mm tall and weighing less than a kilogram – this is a ridiculously impressive gaming desktop. But, of course, that small size comes at a cost.

Related: The Greatest VR Games for PC and PS4

Let’s get this out of the way first: the GTX 1060 inside this machine isn’t quite as powerful as the full-fat desktop card that was released in late 2016. 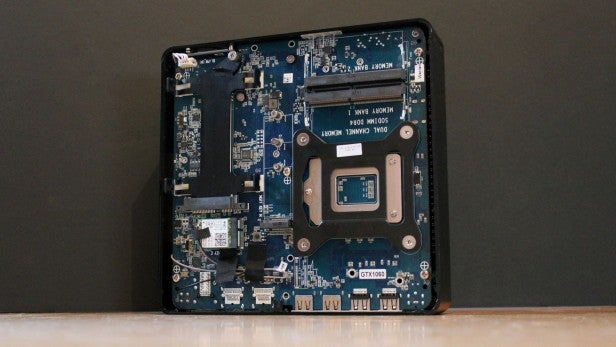 That slight reduction still leaves the GTX 1060 with higher clocks than every GPU from last year’s 900-series range, and it continues to be accompanied by 6GB of GDDR5 memory clocked to 8,000MHz. The slight down-clocking is a fine price to pay for such compact performance.

A closer look at the specification reveals just how Zotac has been able to cram the GTX 1060 inside such a tiny PC. The move to a 14nm manufacturing process increases efficiency, and the focus for Nvidia’s new Pascal architecture was on power saving as well as performance.

As a result, the GTX 1060 isn’t just physically smaller than its predecessor, the GTX 960, but has many more transistors and the same thermal design power (TDP) of just 120W.

This is a barebones machine, which means the processor is the only other main component. It’s a fine chip, although it’s more obviously cut back for the Zotac’s tiny design. 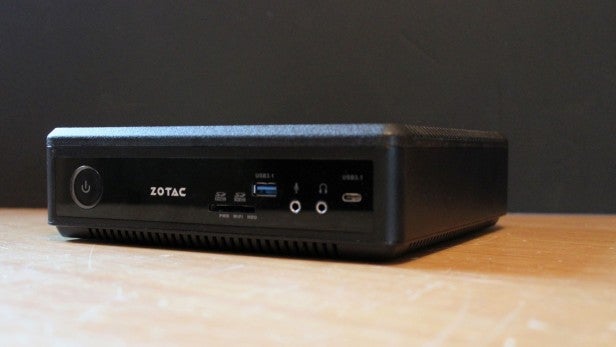 The only other main component is the dual-band 802.11ac wireless model – after that, you’re on your own.

The Zotac supports two SO-DIMMs of DDR4 memory, but only at 2,133MHz and only up to 32GB – even mini-ITX boards support 64GB at higher speeds. There’s an NVMe M.2 slot for fast storage, and a 2.5-inch bay for hard disks and SSDs.

Those specifications allow you to build a decent mid-range system, or to load up the Zotac with ultra-high-performance storage. The choice, as ever, is yours.

That’s good for versatility, but it’s potentially expensive. The Zotac costs £890 before the cost of components or an operating system.

A basic configuration would include two 4GB SO-DIMMs and a 500GB hard disk, at a cost of around £80. A better rig would require 16GB of memory, a 256GB M.2 SSD and a 1TB hard disk – but you’re looking at about £400 for all of that. Neither of those prices include Windows 10.

The high initial price and extra component costs make the Zotac hundreds of pounds more than the consoles, of course, and mini-ITX machines from a host of manufacturers are cheaper or better. Of course, if you’re a bit of a PC kit hoarder or have some spares from a previous build, your initial outlay won’t be so high. But if you’re starting afresh it’s a big ask.

The Scan 3XS Bulldog costs £1,100 and has a better Core i5 processor, an SSD and a GTX 1060, and PC Specialist and CyberPower both sell systems with similar specifications using the familiar Syber Vapor chassis – for less than £1,100. 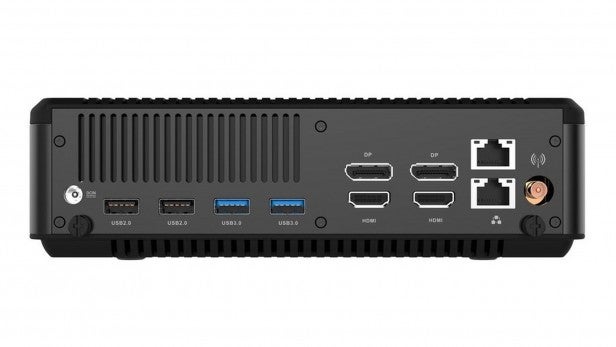 These rival machines are all a lot bigger than the Zotac, but they offer more power and versatility, and include the full set of components and copies of Windows 10.

Think about building your own, too: I’ve put together this rig, which has the same CPU, a Zotac GPU, an SSD, a hard disk and Windows 10 in a living room chassis – and it’s ten pounds cheaper than the Magnus EN1060 barebones box.

None of this is a definitive alternative to the Zotac, which remains smaller and easier to use than many of these options – but it’s certainly a busy part of the market that makes the Magnus very much an enthusiast’s piece of kit.

The Zotac is a sturdy and modest box that will prove inconspicuous under a TV. The glossy front panel has a power button ringed with light alongside a card reader, audio jacks and a USB 3.1 Type-C port, and the back panel has more USB ports and pairs of HDMI and DisplayPort outputs. There’s also a pair of gigabit Ethernet ports for high-speed networking.

Two sides of the machine have slatted vents, and the top has a subtle Zotac ring. It’s smart and won’t be obvious beneath your TV, but it certainly isn’t as stylish as the consoles.

Fitting components is simple. Once two thumbscrews are removed, the base panel slides away to reveal the upgradable ports and sockets. The SATA port connects to a plastic 2.5in drive bay, and the M.2 connector courses across the middle of the board. The two SO-DIMM slots sit in one corner.

Everything else is on the other side of the motherboard, which is almost impossible to access. Going beneath the board voids the warranty, and there isn’t really much point – the CPU and GPU are soldered to the motherboard.