ZombiU has risen from almost nowhere to become the third most important title in the Wii U launch line-up. While Mario has the long-term Nintendo fan covered, and Nintendo Land can woo both them and the Wii’s mainstream crowd, ZombiU demonstrates that the new console isn’t just for cute stuff – it can also handle big, innovative, hardcore-friendly adult games. In fact, it does this arguably too well. This is a game so hardcore that it’s going to be like marmite even amongst more serious game fans.

Read the full Wii U review. 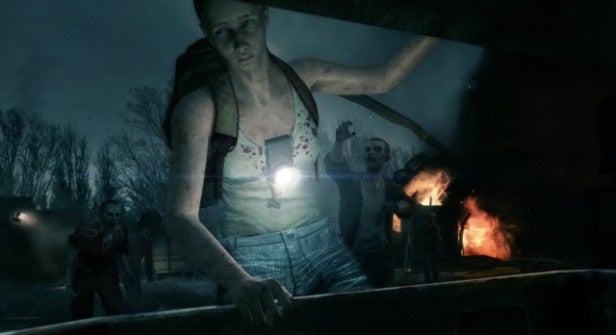 ZombiU – A New Style of Horror

When you hear the words Zombie, Horror and first-person in a sentence, you might be led to believe that ZombiU is a shooter in the vein of F.E.A.R. or Left 4 Dead. In fact, it’s quite a different experience; a blend of the original Resident Evil, Dark Souls and modern Zombie fiction like 28 Days Later or The Walking Dead.

Just as you could see Dark Souls as a counterpart to The Elder Scrolls: Skyrim, with a darker, more brutal atmosphere and an unforgiving difficulty level, so you could see ZombiU as a counterpart to the Resident Evil series. This isn’t the Zombie game as all-action blockbuster, but the Zombie game as a gritty and desperate struggle for survival. In other words, it’s not a game that rewards heroism or feats of derring do. 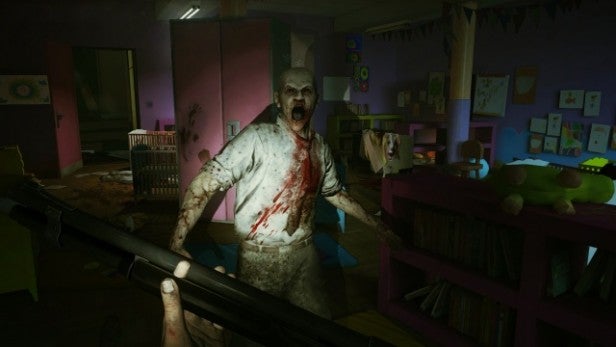 You play one of a chain of survivors, fighting for a living on the streets of a fictionalised London in the grip of a Zombie plague. Guided by the mysterious voice of ‘the Prepper’ you take shelter in an underground safe house in return for going on missions that might help the Prepper fight the outbreak.

You’ll explore the hidden underbelly of London, from secret bunkers beneath Buckingham Palace to old tunnels underneath the Tower of London, and there’s an interesting plot involving secret societies and Elizabethan man of mystery, John Dee.

Here’s the twist: In ZombiU, death means death. There are no checkpoints, no restarts and few really safe hiding places. If your current protagonist succumbs to the shambling undead menace, he or she becomes a zombie, and another survivor takes their place. The survivor’s first task is then to locate and dispatch their predecessor and grab all the valuables in their bag, lest these be lost for good.

This in itself poses a challenge, but ZombiU makes things harder because you’re initially so weak in combat. Each survivor starts with a pistol, around six rounds and a cricket bat. Your average zombie takes one and often two shots right to the head before they go down, and around four-to-six good blows with the bat.

The zombies, meanwhile, can take you out with just a handful of clawing attacks, or if you’re really unlucky, one good grab and chomp. As a result, single zombies don’t pose much of a challenge, but groups or surprise attacks can be absolutely lethal. 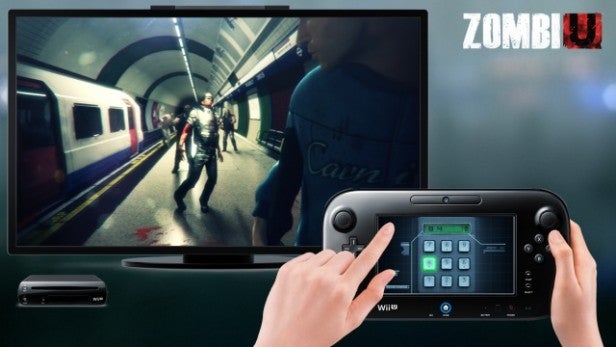 ZombiU is tough. You have a sonar-like device to spot nearby hostiles, and a scanner you can use to check out the vicinity by pointing and aiming the Wii U Pad in front of the TV – the big screen changes to a third-person view, while the pad shows you the scanner screen as you’d see it in real life.

ZombiU is all about self-preservation through preparation, carefully gathering flares, grenades, molotovs and the painfully inadequate supplies of ammo, and watching for any signs of zombie action. Loud noises tend to attract your brain-hungry chums, so shooting is frequently unwise, and the same even goes for your torch. Play as a Zombie-blasting hardnut and you won’t last long.

The payoff comes in the fact that the atmosphere and tension are exquisite. Ubisoft’s smartest trick is to force you to look at the Wii U Pad while involved in many commonplace activities – scavenging for kit, scanning the area, picking locks or checking your gear – meaning you end up flicking your eyes nervously from pad to TV, TV to pad, just to make sure no flesh-eating goons are on the approach.

Each new area has to be explored gingerly, and this alone can be genuinely nerve-wracking. There are some cheap scares and some irritating set-piece battles – which themselves make you feel like you’re doomed to fail – but in most cases ZombiU plays things smart, dark and brooding. 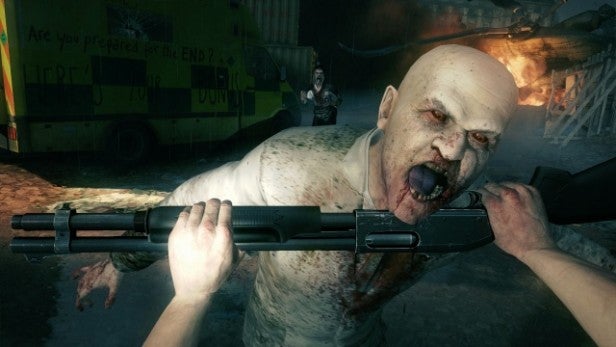 The downside of all this is that the difficulty level can be too formidable. Unlockable manhole covers work a bit like checkpoints, allowing you to move quickly from the safehouse to a specific part of London, but dying inevitably means retracing steps, and in some cases you’ll have to return to areas and scavenge for equipment before tackling the current mission, because otherwise you won’t survive.

Every now and then you’ll die repeatedly just because your last character went down in a zombie-infested area, and if you die before you retrieve their kit, it’s lost – a real nightmare when you’ve only just found a handy new weapon. It’s safe to say that ZombiU requires a level of commitment from the player. 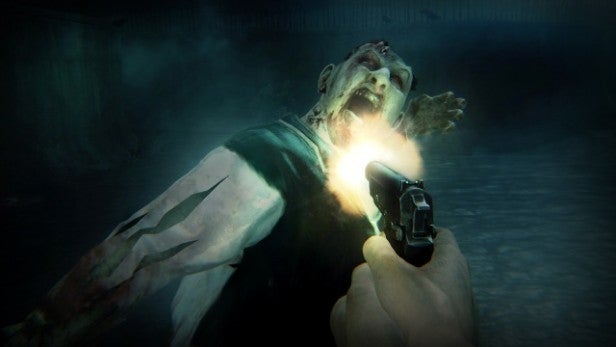 And while it’s a good showcase for the Wii U Pad’s capabilities, it’s not such an awesome showcase for the console’s graphics. The look and feel is more reminiscent of older Xbox 360 horror games like the original F.E.A.R. or Condemned than cutting-edge greats like Halo 4 or Gears of War, and while it’s all torchlit, well-designed and richly atmospheric, it’s not what you’d call a looker. 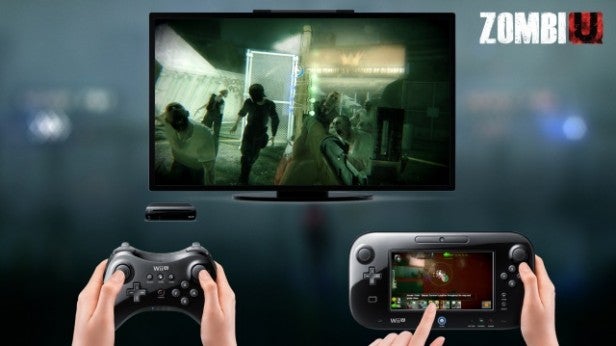 ZombiU also packs in an interesting take on the Wii U’s asymmetric multiplayer. Here a player with the Wii U Pad seeks to hold objective points on a map by deploying different types of zombie, while a player with a Pro controller attempts to capture them. The controls are a little too slow and stiff to make the experience work brilliantly, but it’s good to see Ubisoft thinking outside the box once again.

On balance, neither the average graphics nor the difficulty level should put you off if you like the sound of ZombiU. In a world of me-too shooters and action games it’s a genuinely different and memorable experience, with the capacity to scare, amaze, immerse and make you think. It’s a game that would be unimaginable on any other format. It’s not quite good enough to make the Wii U an essential purchase, but it is good enough to make any hardcore gamers who might have dismissed the new console think twice.