2012’s ZombiU was one of the Wii U‘s most interesting launch titles, as it made excellent use of the console’s GamePad controller and offered a tantalising glimpse at what second-screen gameplay could offer. Sadly, it was also a commercial disaster for publisher Ubisoft and when the company confirmed that a sequel was off the table, it seemed like this interesting take on the survival horror genre would end up little more than a corpse-filled dead-end.

Thankfully, Ubisoft has decided against abandoning the franchise and has re-tooled the game for next-gen consoles, minus some of the key features which made the Nintendo edition so unique and compelling.

Set in a London gripped by a catastrophic plague which brings infected people back to life as flesh-eating undead, Zombi is primarily about survival in a world where every dark corner could conceal a walking cadaver intend of munching your brains.

The game opens with your character rushing into a fortified tube station at the behest of a mysterious individual called The Prepper. He speaks to you over a radio link and uses the many CCTV cameras dotted around the crumbling capital to track your progress and offers assistance, such as opening doors and the like. However, when you’re out in the misty, grime-filled streets you’re very much on your own, with little more than a battle-scarred cricket bat to keep the slavering hordes at bay.

Guns are available but ammo is ridiculously scarce when compared to the sheer number of enemies stalking the streets, and therefore blasting your way through crowds of zombies is rarely a viable option. Instead, you fall into a pattern of creeping through the game and taking down enemies individually with melee weapons. 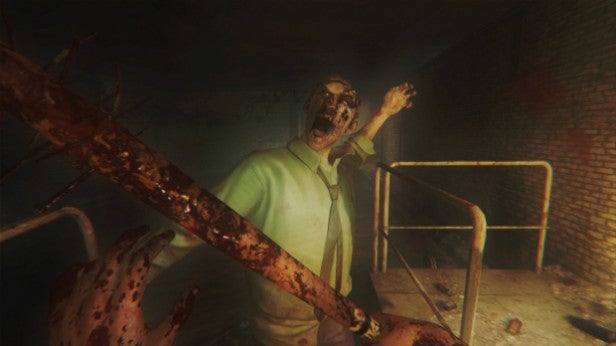 Your “Prepper Pad” soon becomes an essential item and is used to scan the area for points of interest and send out radar-like pings to spot potential threats. On the Wii U version, the GamePad controller assumed the role of the Prepper Pad, and you could use its motion controls to scan rooms for a truly immersive experience.

Naturally this isn’t possible on the Xbox One and PS4, and instead the scanning action is confined to the screen, with Prepper Pad movement being handled by the analogue stick. It’s a less convincing system and one which most betrays Zombi’s status as a port from radically different hardware, but after a while it becomes second nature. The mini-map – another feature which was previously restricted to the GamePad – is now in the bottom-right corner of the main screen, which is arguably more convenient, if a little less realistic.

However, there are other points where the absence of the GamePad’s second screen becomes more apparent, such as segments when you need to interact with environmental objects, such as numerical keypads on doors. On Wii U, the keypad would appear on the GamePad touchscreen where you could type in the code using your finger, while the main TV would shift to a third-person view showing your character’s immediate surroundings.

One of the most terrifying sections in the Wii U version saw you frantically tapping in the code while a zombie is clearly seen advancing towards your defenceless character. Because you had to take your eyes off the TV screen to tap in the numbers. It ramped up the tension dramatically, but that is lost slightly here as all of the action takes place on the same screen. 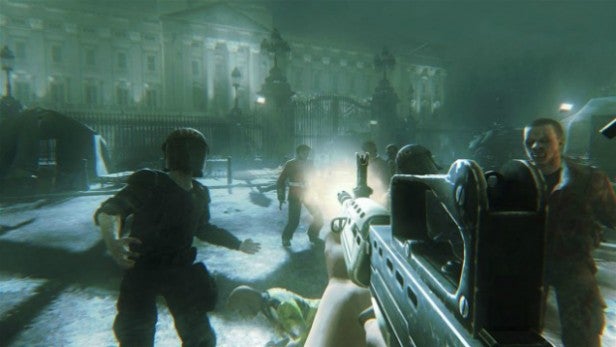 The use of a second screen as a device to create thrills worked in the original game because when your character dies, they really die. Zombi features permadeath, respawning you at the tube station in the shoes of an entirely different survivor. London remains largely as it was before, but any items you’ve collected remained ensconced in the backpack of the reanimated corpse of your previously-controlled character. That means you’ll have to trek to the point of your death and retrieve them, Dark Souls-style – although the difference here is that you have to kill your old avatar before it gives up its valuables.

The Wii U’s multiplayer mode has also been chopped off, which isn’t as big a loss as you might expect as the core single-player campaign was always the biggest draw of the original. On the plus side, Ubisoft has made a minor attempt to spruce up the game visually, with sharper textures and slightly more detail. Zombi looks moderately better than its 2012 counterpart, but it’s still a long way off the kind of graphical quality you’d expect on a next-gen platform. Character models lack detail and animation is awkward, while the environments are unimpressive and spartan. The grainy filter which was present on the Wii U version is also gone – personal preference is likely to dictate whether or not you see this as a good or bad thing, but we felt it added to the grim atmosphere. 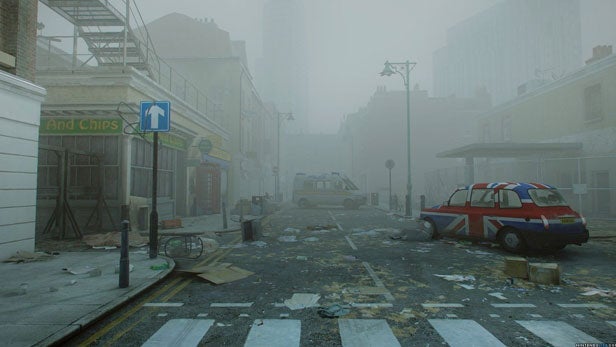 What Ubisoft hasn’t made any attempt to fix is the rather clunky gameplay, which at best creates unintentional scares and – at worst – can totally ruin your enjoyment. Landing melee attacks often feels like a hit-or-miss affair and there are many instances where you’ll be taken down by a zombie after hours of progress because the game triggered the wrong attack animation or your swipe passed harmlessly through your enemy thanks to suspect collision detection. You’ll also notice zombies apparently walking in thin air as they ascend staircases or doors which magically trap you as you attempt to pass through, making you a sitting duck for advancing flesh-eaters. These bugs made our lives hell back in 2012, and it’s a shame they haven’t been squashed in this update.

Verdict
ZombiU certainly deserved better than it got on the Wii U, and thematically the game is arguably better suited to the Xbox One and PS4 audience than Nintendo’s family-focused userbase.

However, by cutting away the second screen functionality supplied by the Wii U GamePad the overall impact of the title is undeniably lessened. The visual upgrade isn’t significant enough to be apparent to anyone but the most dedicated ZombiU fan, and there are elements of the game’s mechanics which feel slightly clunky in 2015.

At £15 it’s still well worth a look if you didn’t experience the Nintendo original, but despite the leap to the next-generation of consoles the sad fact is that the Wii U edition remains the definitive one.