As any true tech fan will tell you, robots are cool. This is why every time a toy firm releases a remote-controlled robot toy, such as Sphero’s stellar BB-8, we outright salivate at the prospect of playing with it.

Which is why, when I saw ZeroUI’s new robotics kit at CES, I couldn’t resist the urge to have a play. This kit not only let you assemble your own robot, but you can also control it using a nifty smart glove. What’s more, having done so, I can safely confirm that the kit has the potential to be one of 2016’s best toys.

Check out our Ziro hands-on video

Ziro Robotics Kit – I can finally build my robot army!

A spokesman told me that the kits are expandable, but didn’t provide any further details about what would be included in the kit. But from what I saw on the CES showroom floor, the kits will enable buyers to create a variety of droids.

On the company’s stand I saw everything from a basic Mars Rover-like wheeled robot, to a fully sized Star Wars R2-D2 – although the spokesman conceded that they had custom-made the shell surrounding of the droid. 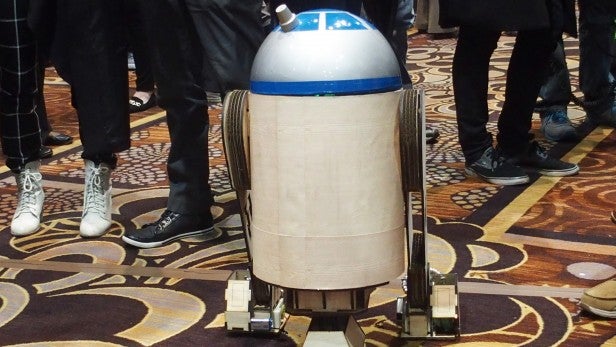 The kit can also reportedly be used to create “humanoid” robots and a dog-bot, although I didn’t see these at the show. According to ZeroUI, the entire robot-building process takes around 30 minutes.

Once set up, the robots are then configured and linked to the smart glove control using a custom iOS or Android smartphone app. The app pairs the glove with the robot and requires a Wi-Fi network to work.

Once configured, you’re free to take your creation for a spin using the kit’s smart glove controller. The smart glove is available in various sizes, all of which feature a fake leather and spandex finish. It includes a wealth of sensors that enable the glove detect its users, movements, as well as the angle and orientation of their hands.

When connected to a Ziro robot, the motions are then translated into movement commands. The app will reportedly let you choose which motions are attached to which commands, although I didn’t get a chance to test this feature. 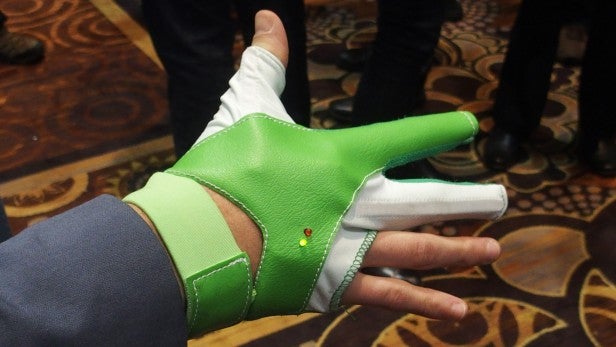 All I was able to do was to take one of the Rover-shaped robots for a spin around the CES showroom floor – but even this tepid introduction was hilariously fun.

With the glove I was able to send the Rover zooming forward simply by angling my hand downward. Reversing simply required me to raise my hand. Similarly, the Rover steered left and right when I tilted my hand in either direction.

The controls worked a treat during my demo and I didn’t notice any significant delay between my hand’s commands and the Rover’s actions.

The only slight hiccup was that on occasion, for split seconds, the Rover and glove would stop communicating; I was informed by the spokesperson that this was a result of both units being low on battery.

This isn’t too much of an issue, since both the robot and smart glove run using rechargeable batteries. Fully charged, ZeroUI quotes the glove as offering five hours of play time. The robots are quoted as having a more modest 2.5-hour battery life. 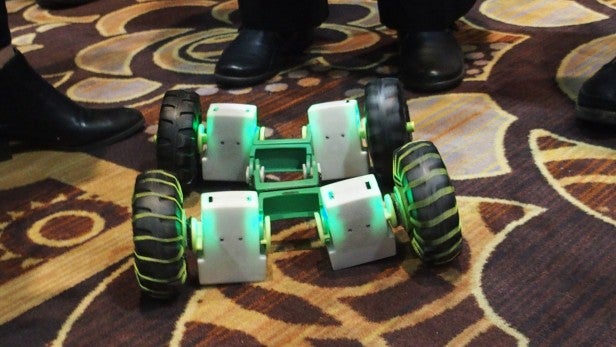 The Ziro Robotics Kit is one of the most exciting toys I’ve seen is some time. The customisable modular building system looks pretty intuitive, and the accompanying instructions appear clear enough for most children of seven years and over to follow.

Combine this with the smartphone app’s customisable control option and I can see this robotics kit being a great gift for any child, or young-at-heart adult interested in engineering or programming.

ZeroUI is yet to announce pricing, but confirmed that the Ziro Robotics Kit will launch in the UK at some point later this year.