What is the Sphero BB-8?

The BB-8 is a fictional droid set to appear in the seventh Star Wars movie, The Force Awakens, which hits cinemas on 17 December. In the film, the BB-8 droid is a physical prop rather than CGI (much like R2-D2) and for the Force faithful this is a welcome revelation.

As such it’s no surprise this interactive toy version of BB-8 has been greeted with great interest by both the Star Wars and toy communities. Created by Orbotix, the company famed for Sphero, and available on Firebox.com BB-8 is designed for entertainment purposes and has no discernible educational aspects – which is a good thing.

This item is currently on sale on Amazon, meaning you could save £50. Check out our Black Friday deals for more savings, and get a deal on the Sphero BB-8 below:

As this is an app-enabled toy, you’ll need a smart device such as an iPhone or Android phone. Without one the Sphero BB-8 is just an expensive desktop ornament that’ll twitch its head from side to side occasionally, and attract occasional admiring glances, but little else.

See also: These are the 15 best Android apps ever 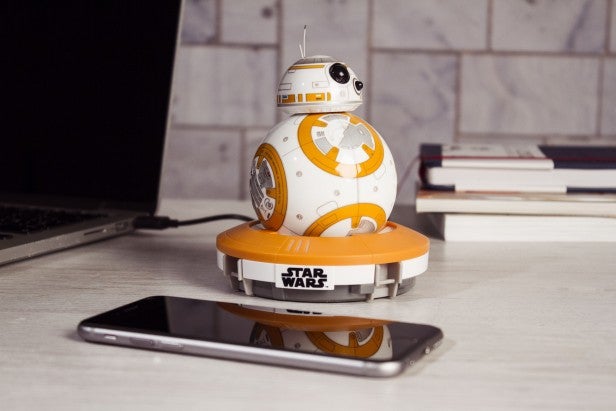 After an initial three-hour charge on the induction base – a charging unit that feels more like a display stand – the BB-8 is ready for a pairing with your iOS or Android controller of choice.

This requires you to open the Sphero BB-8 app and place the droid in close proximity to your smartphone or tablet. Once close together they’ll pair instantly, with a satisfying glow on the BB-8 and the launch of the control screen on your device – as an added perk you’ll be treated to the original Star Wars theme tune to get you into the zone during setup.

Once paired you’re ready for a roam around the room. I did try BB-8 on a tabletop, but without training I found it’ll quickly go flying towards the edge and succumb to the curse of gravity – luckily BB-8’s a tough little droid that survived the falls without marks or breakage.

As a result we’d advise people to keep it close to terra-firma and only use it on wooden, laminate, tiled, concrete and carpeted (preferably not shagpile) surfaces. For the more adventurous, tended lawns are also traversable, though the tiny droid moves faster than you’d expect and will often end up in shrubbery.

You control BB-8 using a simple on-screen joystick. The stick lets you steer the droid by moving the button within a circle. On the other side of the display an outline of BB-8 indicates which way it’s facing. Alongside this there’s a speed boost button for temporary acceleration. 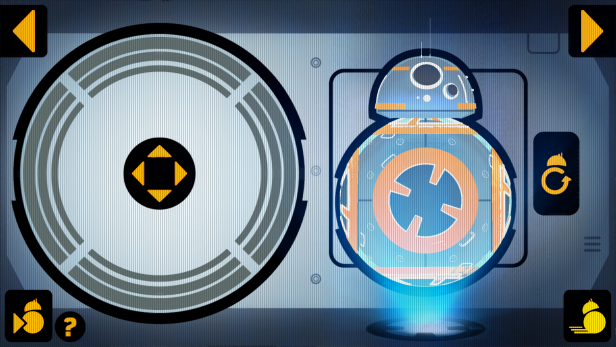 The head and body are two distinct pieces that are attached by magnets. Most of the time the head stays in place and the magnets and small wheels on the underside of the head offer realistic movement, but be warned, catch something with not quite enough head clearance space and you’ll have to reunite the two parts.

For those who want a truly immersive experience, BB-8 will sporadically make authentic sounds from the movie, though you’ll need a pair of headphones plugged into the paired tablet or smartphone to hear them.

Sphero BB-8 – Anything else to consider?

After you’ve steered at speed, created an obstacle course out of LEGO, had BB-8 chased or been chased by pets, and created small ramps to launch BB-8 skyward, there’s a handful of voice commands to master.

To make them work, you grab the droid’s attention by shouting “OK BB-8” and then proceed to your chosen command – of which there are many. The “Run away” command sends BB-8 speeding in a straight line, “Look around” prompts it to wander about, and “How are you feeling?” will be rewarded with a dance move if BB-8 is fully juiced.

Patrol Mode offers plenty of fun, sending BB-8 to roam around on his own. During this patrol session BB-8 gathers information for you. Key bits of data include his acceleration, the temperature of his surroundings, proximity warnings and collision alerts. None of the data is detailed for actual mapping, but it’s entertaining to watch BB-8’s progress while exploring the world. 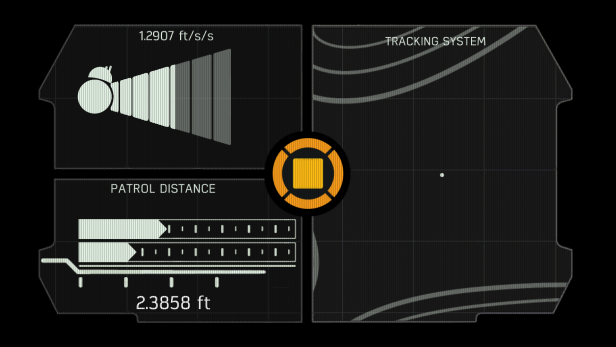 BB-8’s also meant to have an adaptive personality feature that lets it get smarter the more it’s used. However, I’ve not had BB-8 long enough to see its “adaptive personality” form – though being honest, I’m not that bothered about the feature, as shooting around home-made obstacle courses is so fun.

I’d heard about the holographic imagery capabilities of the Sphero BB-8 ahead of its arrival. I was a little disappointed that the feature doesn’t include an actual “Help me, Obi-Wan Kenobi, you’re my only hope” moment with life-size projection, but that was a case of bad expectation management.

What you can do is record a clip onto the app, then hit play, and your recording will be projected from the BB-8 on your smart device’s screen. It’s way off the “real” thing, but deeply satisfying nevertheless.

Should I buy a Sphero BB-8?

The Sphero BB-8 does a stellar job of imitating its on-screen inspiration. Featuring a wealth of vocal commands and intuitive controls, the BB-8 is an ideal choice for Star Wars fans of all ages.

The Sphero BB-8 is an entertaining gadget that any Star Wars fan with a smartphone or tablet should check out.