Most of the time when it's hot, it's more important to cool yourself than deal with an entire room, which is where the tiny Zaahn Ultra Chill Deluxe comes in. It may look a little like a toy, but this fan is surprisingly effective, particularly when you turn on the water mist feature to reduce the temperature of the air that's blown at you. A low price and rechargeable battery make the fan more interesting, but the high noise levels take the shine off a little.

Zaahn’s Ultra Chill Deluxe personal cooler looks a bit like a toy Dalek. It combines evaporative cooling with an ultrasonic mist-maker, and the Deluxe version reviewed here adds, over the standard version, a multi-colour mood light, a plug-in LED reading light, a rechargeable battery and a small sponge for essential oils or perfumes.

Although it’s noisy, the Ultra Chill proved surprisingly effective at short range, but only with mist mode enabled. This review sample was provided by ThaneDirect. 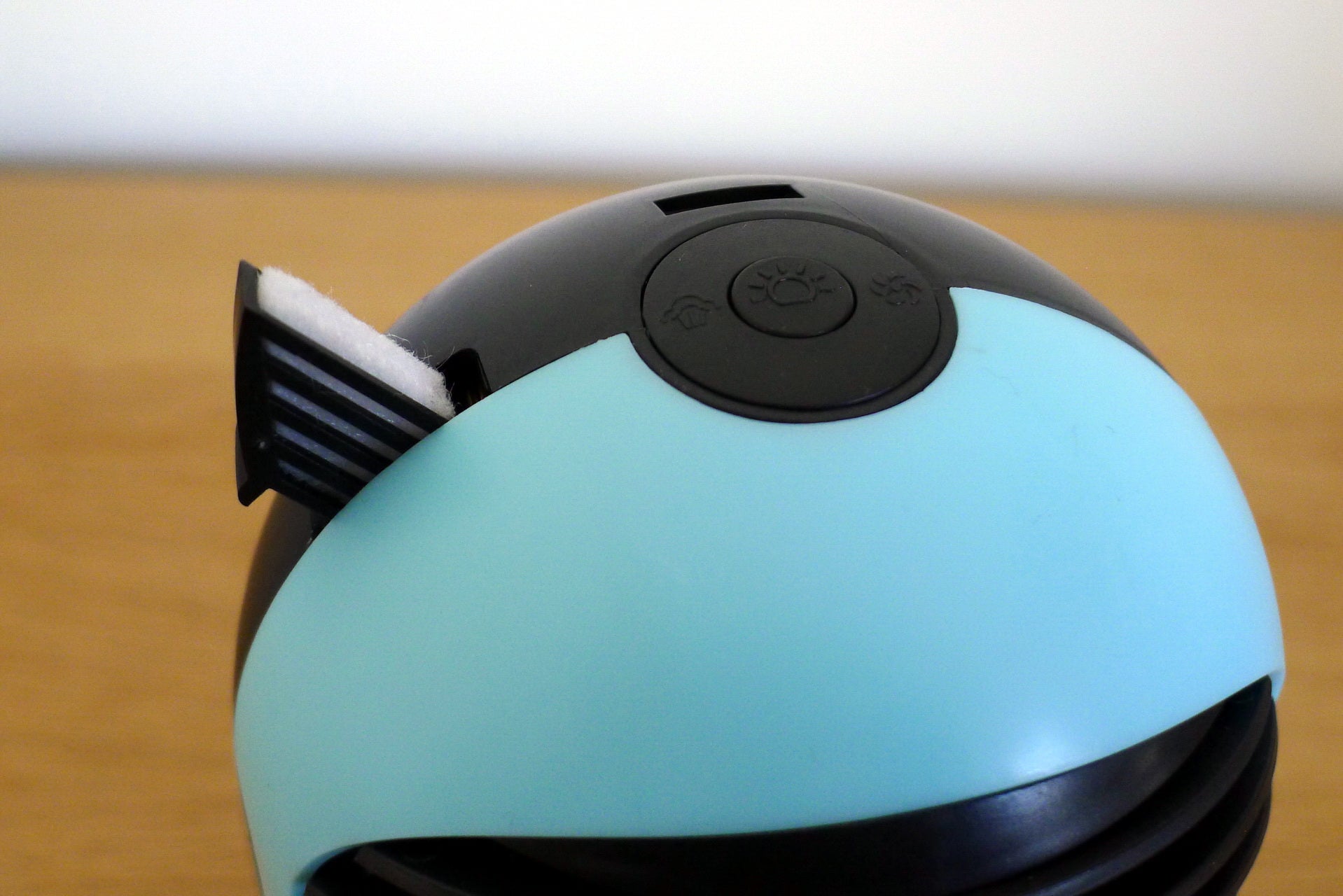 You can add essential oils to the fan’s sponge

The Zaahn Ultra Chill Deluxe doesn’t provide much cooling, until you turn on the mist maker

The Ultra Chill sits on a 315ml water reservoir, easily filled from a tap. The main unit contains a fan behind an adjustable grille, at the base of which is a mysterious looking silver disc. At the top there are buttons to cycle through various light colours for the clear window on the water tank, and choose one of three fan speeds – all are noisy.

Initially, air passing through the Ultra Chill seemed barely cooler than room temperature, but a third button on the top turns on the ultrasonic mist maker. This causes the silver disc to drop a stream of mist into the airflow, a bit like a jet’s vapour trail. At close range the air immediately felt cooler, although there was initially a musty smell, which disappeared after 30 minutes or so. 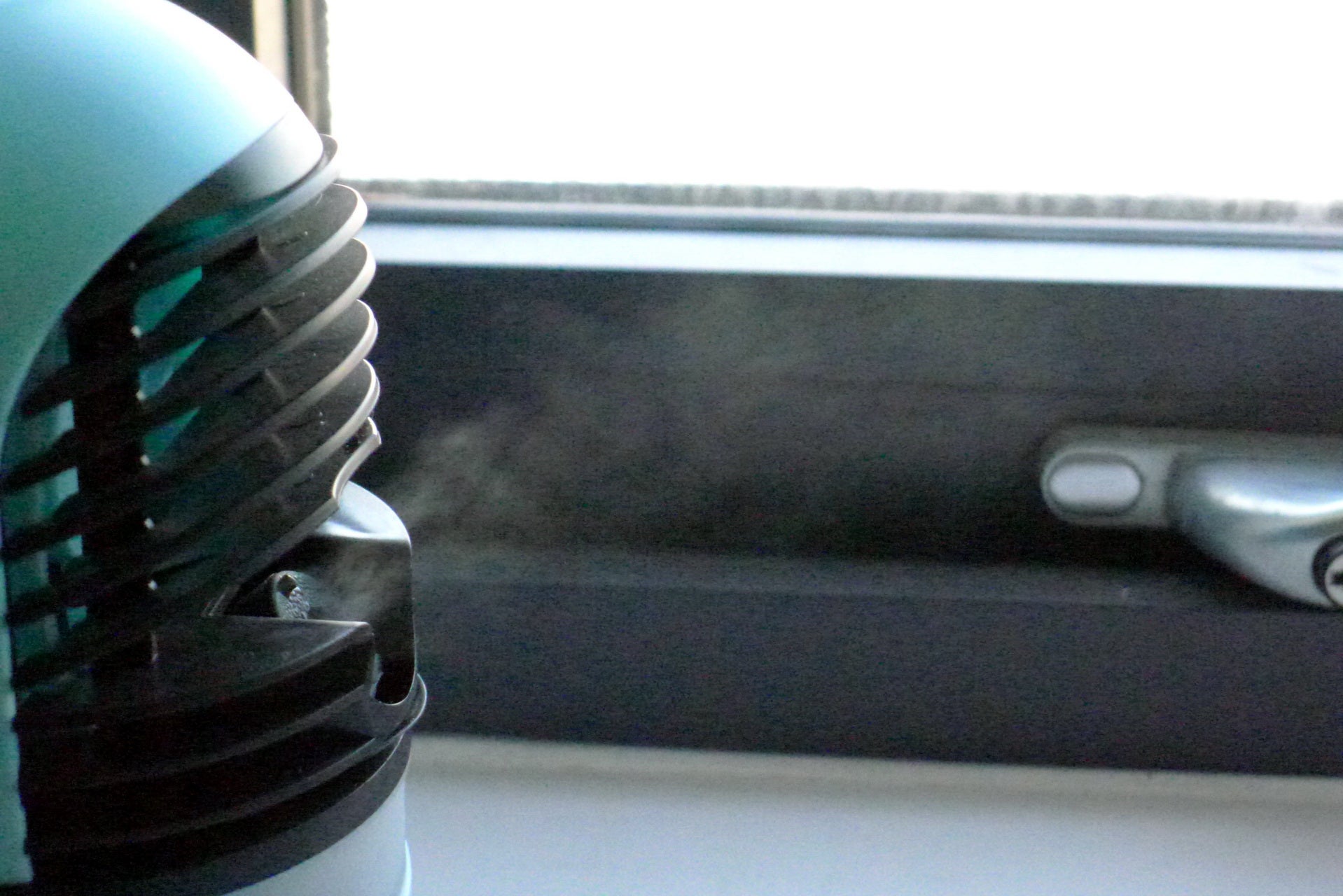 The Ultra Chill Deluxe includes a rechargeable battery, so you can use it for short periods away from a power source. There’s also an aroma filter that lets you blow essential oils into your face, and a white LED reading light that slots into a USB port on top – both feel slightly gimmicky.

The Zaahn Ultra Chill Deluxe is surprisingly effective, but only up close

The Ultra Chill is noisy. Even at 1m on the lowest fan speed, we measured sound at 50.0dB, although this only rose to 52.2dB at full power. The 80mm fan looks like a standard PC cooling fan, and shifts only a small amount of air. At 15cm we measured wind speeds of 1.9m/s to 2.2m/s, but only a metre away the wind had dropped below the 0.8m/s threshold of our anemometer, even at full power.

In the standard mode, cooling was minimal, with the Ultra Chill knocking only one degree off the 23℃ room temperature. However, we tested at a slightly raised humidity of 60% – we’d expect more effective results at a more typical summer humidity of around 50%.

With the mist maker turned on, our measurements backed up our initial impression of surprisingly effective cooling. The Ultra Chill cooled air to just 18.2℃ – a drop of almost 5℃ – although by one metre the temperature had returned to a less impressive 21.3℃. From fully charged, the Ultra Chill lasted for 53 minutes with the fan on low and the mist maker on, although for the last five minutes or so the fan speed began to drop markedly. On full power, with the mist maker on, the water tank lasted for more than 11 hours, but we’d expect a shorter runtime in less humid conditions. 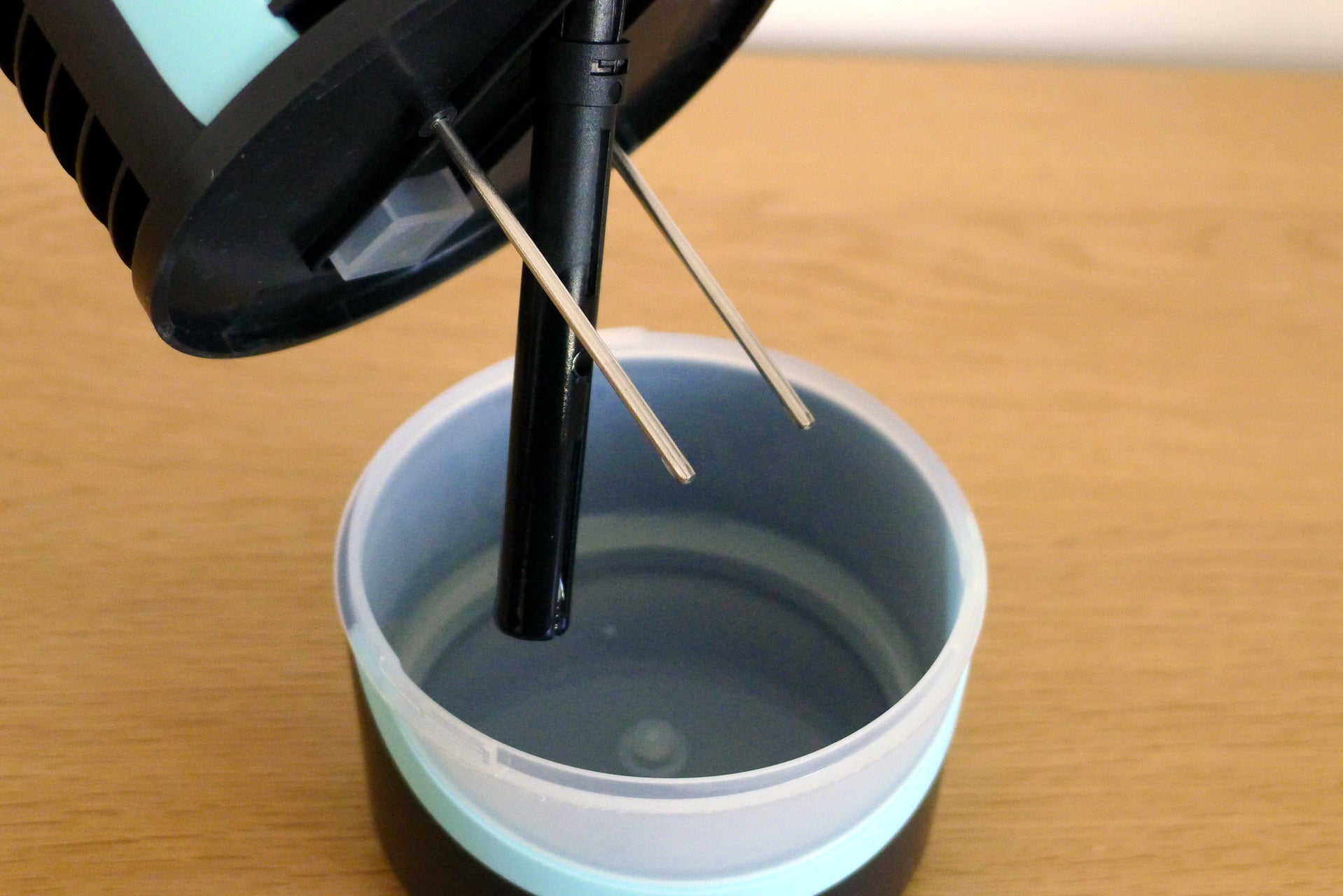 The Zaahn Ultra Chill Deluxe has a standard micro USB power connector and comes with a 180cm USB cable. There’s no power adaptor, however, which could pose a problem. We tested mains power consumption ranging from 3W with the battery fully charged and the fan on minimum, up to 13W with the battery charging, the fan on full and the mist maker switched on.

This is beyond the range of the typical USB adaptor bundled with mobile phones or other gadgets, which can top out at just 5-6W. A quality item should have overload protection, so there shouldn’t be a danger of overheating, but if you don’t have a USB adaptor with at least a 2.0A output rating, you’d need to buy one to get the best out of the Ultra Chill Deluxe.

Should I buy the Zaahn Ultra Chill Deluxe personal cooler?

Despite its pint-sized, toy-like appearance, the Zaahn Ultra Chill Deluxe is a surprisingly effective personal cooler. It’s got plenty of features, even if some of them feel gimmicky. It’s far from perfect, however. Despite being most effective within a range of just a metre or so, it’s noisy enough that you’d probably want to keep it at more than arm’s length, or block it out with a good pair of noise-cancelling headphones, making the Evapolar Personal Air Cooler a better choice for many. That said, if you need the flexibility that the Zaahn Ultra Chill Deluxe’s battery provides, it’s a good choice.