While it might be a letdown as a fitness tracker, the ScanWatch’s health tracking features, long-lasting battery life and gorgeous design make it the best smartwatch for people who don’t like smartwatches.

Withings is back with the brand new Withings ScanWatch, aimed at bringing style and health tracking together in one elegant timepiece.

Even if you didn’t own one, there’s a good chance that the Withings Steel HR commanded your attention at one point or another. As a huge departure from the typical smartwatch blueprint laid out by the likes of Apple and the variety of Wear OS devices, the Steel HR sought to bring together the traditional timepiece aesthetic and the core functionality of a smartwatch.

We were huge fans of the Steel HR upon release, but the concept still had a way to go to prove that Withings’ wearables were must-have devices. Well, heeding the call for improvement, Withings is back with a new smartwatch that boasts an updated design and high-end features like a medical-grade ECG monitor. Here’s our final verdict on the new Withings ScanWatch.

If you didn’t know any better, you could easily mistake the Withings ScanWatch for a traditional analogue timepiece. In fact, during testing, I had several friends mistake the ScanWatch for a classic device, only to be taken aback when I showed them its smart functionality.

The ScanWatch features a stainless steel case with a textured, rotating crown, chrome watch hands (on some versions) and an ever so slightly curved sapphire glass panel above the watch face. Everything here just yells luxury, making the ScanWatch the ideal wearable for a professional, adding a finishing touch to a stylish three-piece suit. 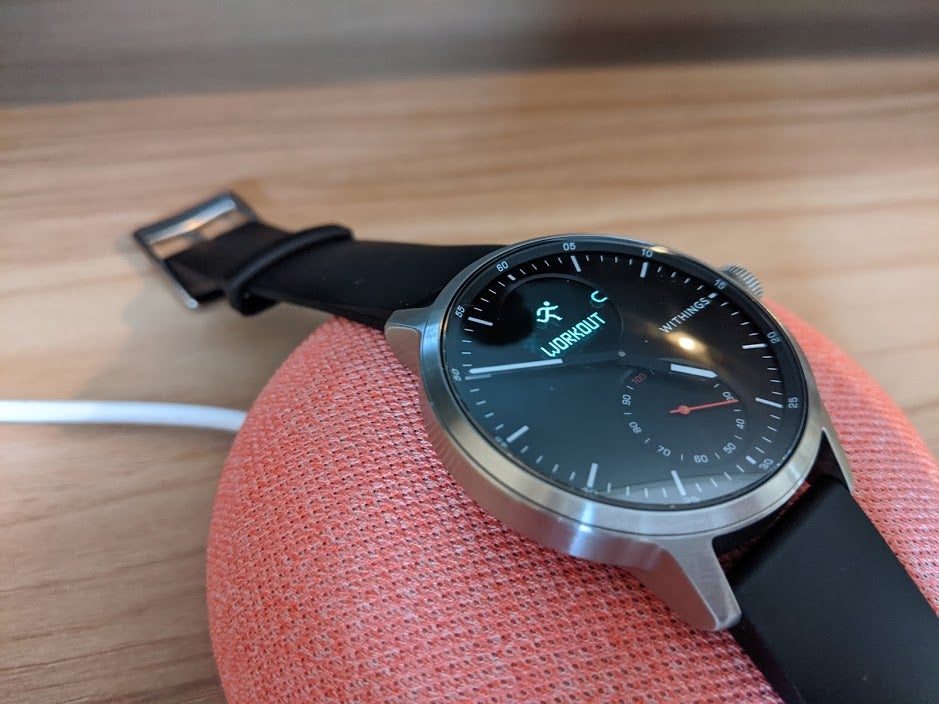 This aesthetic also extends to the included watch strap which bears a deep black palette alongside a silver single-pronged clasp for adjustment. From a distance, the watch strap appears to be made of real leather, when in fact it’s actually comprised of fluoroelastomer. The result is a watch band that offers the same breathability as rubber, but in a sturdier form.

For the black, 42mm option tested in this review, the watch hands boast small white panels which, at glance seem to be placed to help you spot the time, but actually serve a whole other purpose. Once you step into a dark room, those same panels light up naturally so you’ll never be left pining for the bright displays of traditional smartwatches.

A point worth noting however is that while I had no trouble in reading the time on the ScanWatch, I can definitely foresee anyone with vision impairments having a hard time looking at the watch’s rather small markings.

Screen – more to look at but simpler for it

Unlike most other smartwatches, any discussion regarding the ScanWatch’s screen isn’t quite so simple, with the visual interface being broken down into three parts. At the forefront of your attention is the traditional watch display, but lying just below the watch hands are two smaller segments of equal size, one at the bottom and one at the top.

The segment at the bottom is a simple subdial which lets you know how you’re currently faring against your daily fitness goal. This is a handy piece of information to have present at all times as it serves as a constant reminder to get up and move around if your daily step count is suspiciously low. 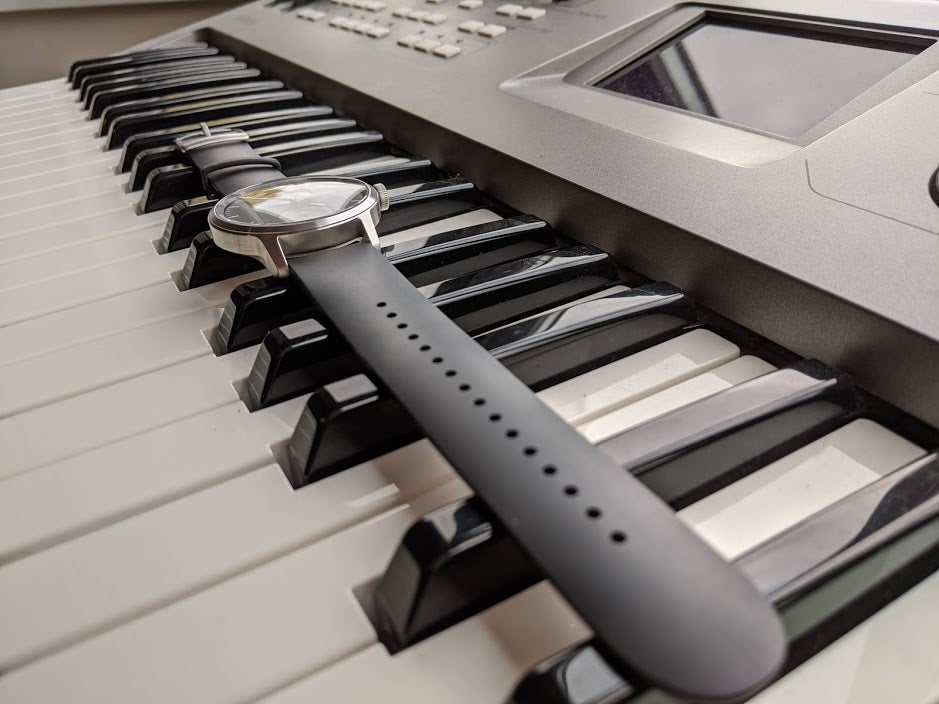 The upper segment on the other hand is in fact a small digital display, and it’s exactly here that the ScanWatch’s smart functionality comes into play. A quick press of the crown awakens the display, and if the watch hands are in the way, they’ll quickly part to either side to give you an unobstructed view.

This PMOLED display functions solely in black and white, but it’s sharp and bright enough that it can still be read in direct sunlight. Obviously, it doesn’t hold a candle to a modern AMOLED display, but if you’ve ever found yourself longing for a simpler smartwatch experience, the Withings ScanWatch might be exactly what you’ve been looking for.

Features and performance – medical-grade health tracking from the get-go

The Withings ScanWatch is being directly marketed as a health wearable, and it’s hard to disagree when you glance at its feature-set. Front and centre is the brand new, medical-grade ECG scanner for detecting signs of atrial fibrillation – irregularities in your blood flow. After finding runaway success on the Apple Watch, it’s becoming increasingly common to see the electrocardiogram feature built into more premium handsets, and it’s a welcome addition here.

To find out your heart health stacks up, all you have to do is relax, activate the ECG scanner and stay still with your other hand holding the watch for 30 seconds. This process did take some getting used to, as it also requires a quiet environment and even the sound of a TV can throw it out of whack. When everything works as it should, the ECG is a welcome – and potentially lifesaving – feature to have, encouraging users to pay greater attention to their heart. 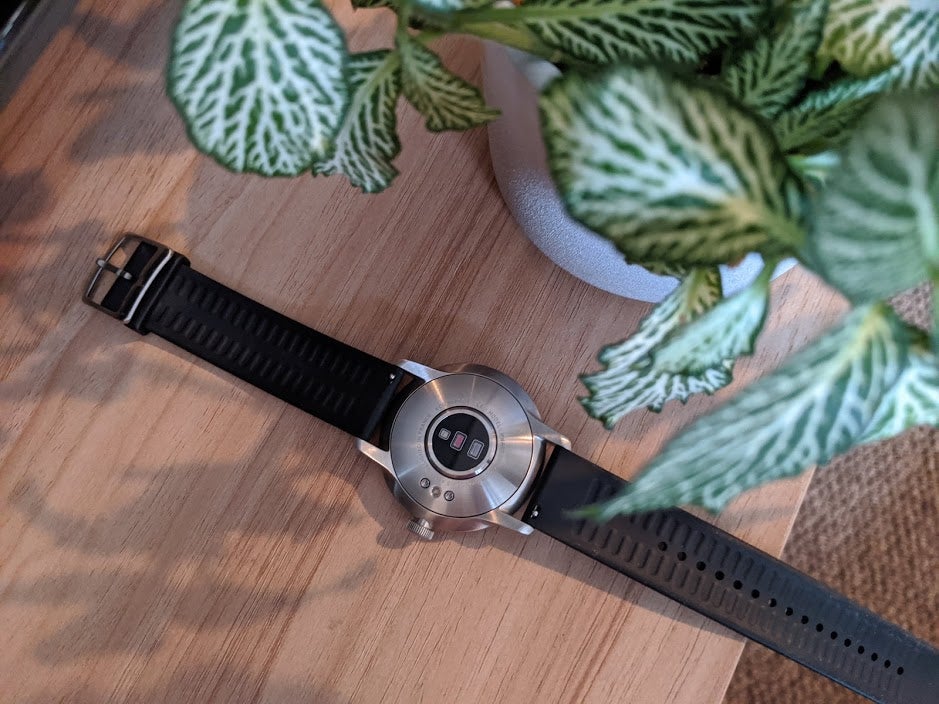 SpO2 tracking makes a return with the ScanWatch, having been introduced via the Withings Steel HR Sport, and it’s a welcome addition. After all, a low blood oxygen count can signify an underlying illness, so it’s definitely worth having the feature around.

All of these metrics get funnelled into the Health Mate app which does a fantastic job of replicating the basic principles of the ScanWatch’s design. By that, I mean that once you boot up the app, you’re not bombarded by a bunch of graphs and pie charts, but rather a simplified tile interface that shows you what the latest measurements are. Everything from sleep tracking, workout recordings and more are collected here, and it feels far more akin to scrolling through a social media timeline than anything else. If you want more detailed information then you can dive into each tile, but I like how easy it is to see everything at a glance.

The app also includes a list of different reminders that you can sign up for, sending prompts directly to your smartwatch and encouraging you to lead a healthier lifestyle. The reasoning behind each reminder is also explained with a fair amount of detail, giving the user a better understanding of the effects that an unhealthy lifestyle can have on the body.

From a health tracking perspective, the ScanWatch has got it all down to a fine art, I only wish that the device had a few more smart features to sweeten the deal. For instance, there’s no untethered GPS tracking which is a big letdown for the price, and it would have been nice to see the inclusion of NFC. 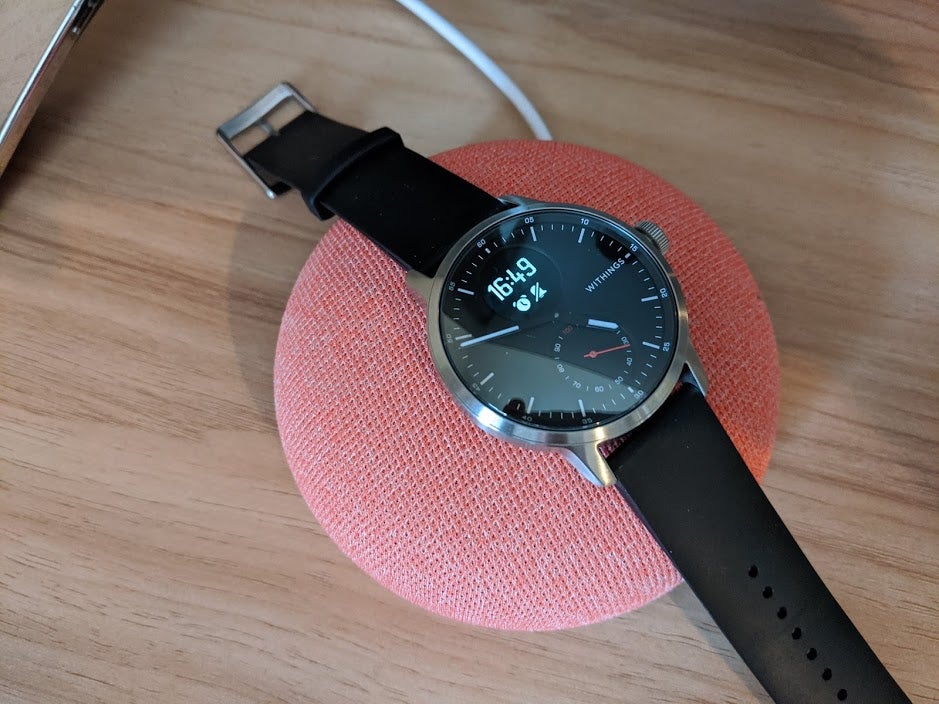 On the surface, everything seems fine. There’s a good amount of workouts that can be tracked, with several sports making the cut, including boxing and snowboarding. It’s only when you get out into the field that you notice several issues with the ScanWatch’s heart rate monitor.

To be fair to the ScanWatch, the experience is fairly competent when it comes to cardio based exercises. On a run and during a cycle, the ScanWatch largely stayed in line with the results provided by a dedicated heart rate strap, but began to fly wildly out of proportion when it came to weightlifting.

In most instances, the ScanWatch had my heart rate clocked at a chill 60-70bpm, and on a few occasions simply dropped off completely. To my knowledge, I have yet to keel over from a dumbbell curl, but maybe the ScanWatch knows something I don’t. 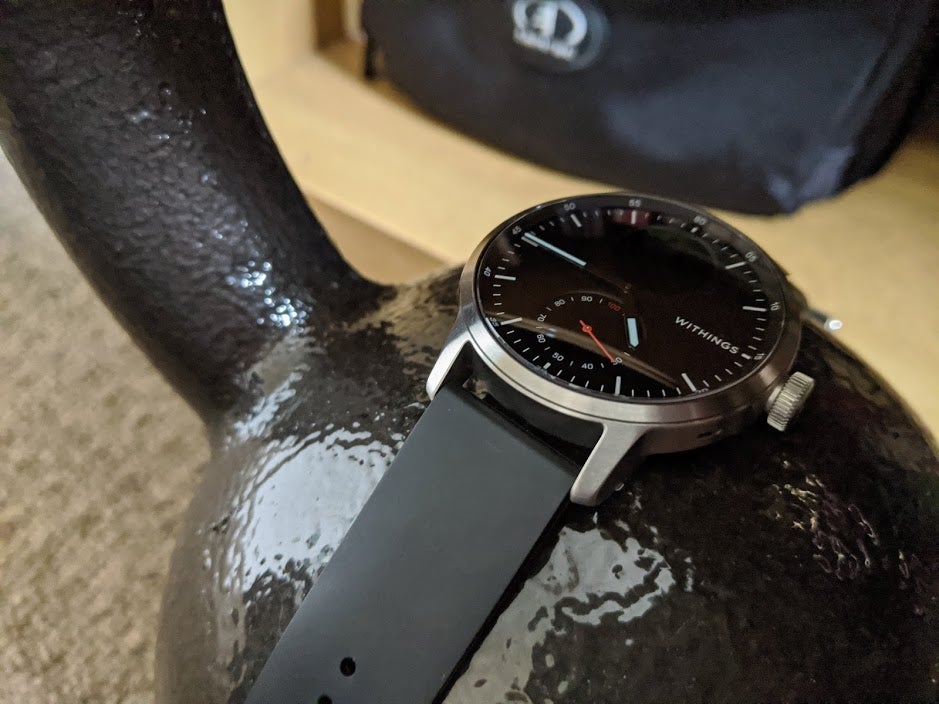 The absence of built-in GPS tracking also means that runners are somewhat limited with what they can do with the ScanWatch, which is a shame when the device itself excels in so many other areas. At the very least, the ScanWatch can be synced with other fitness apps including Google Fit and Strava.

I’m well and truly blown away by the battery on the Withings ScanWatch. I’ve been testing the device now for almost two weeks, and within that time it has been worn 24-hours a day and put through nearly a dozen workout routines. Despite all that, the device still has 24% left in the tank from when it was initially charged.

Withings quotes up to 30 days of use on a single charge, and I’m sure that if you used the ScanWatch with basic functionality then you could no doubt hit that target. If you’re after longevity in a wearable then look no further than the Withings ScanWatch.

Should you buy the Withings ScanWatch?

Withings has created something truly special with its latest wearable. The ScanWatch has one of the best designs out there, so much so that I just find myself admiring it from time to time, and the simplicity with which it can be used allows the device to appeal beyond the typical smartwatch crowd.

If you’re looking for a fitness tracker, then your money is far better spent elsewhere, but as an attractive timepiece with effective health tracking and a superb battery to boot, the Withings ScanWatch sets a whole new standard.