You might have heard of Michel Ancel before, but even if you haven’t his games will resonate. He’s the man responsible for the Rayman series, for which he was lead designer on the first two games and the recent Rayman Origins and Rayman Legends. You’ll also know his other game, Beyond Good and Evil, on the original Xbox.

Nowadays, he’s not only still working for Ubisoft but has started up his own development team called Wild Sheep Studios and its first game is called WiLD.

It was originally announced at GamesCom back in 2014. I’d forgotten about it, but after seeing it close up at Paris Games Week, it’s going to be very hard to forget.

In WiLD you play as a Shaman, and it’s entirely up to you how you play, explore and learn. Ancel himself states that the only objectives in WiLD are to “listen, look and to understand the world”.

Due to that, even the on-screen HUD is very minimal, allowing you to find your own sense of achievement and mission progress. There’s no prompts, no objective markers – just a massive world and a whole lot of freedom. 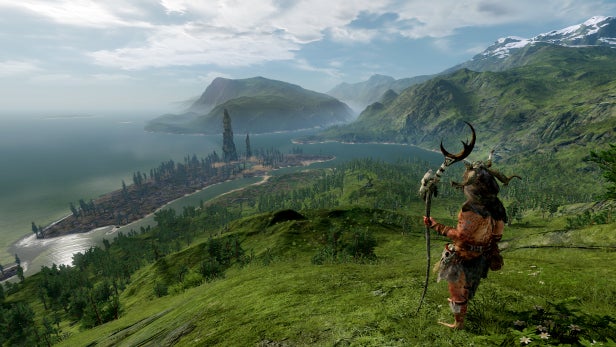 What you will have to do in WiLD, though, is decide what you want your Shaman to be. This RPG game starts off with your Shaman as a young child, spawned at a random point on the map, and as he or she grows, you’ll have to choose what their path will be.

The world of WiLD is full to the point of bursting with animals, all of which can be possessed, tamed and learnt from. In the private Paris Games Week live gameplay demonstration I was privvy to, the Shaman had grown up to be a master of the bears and the eagles.

The bear was chosen for his use as a steed and his brute strength, while the eagle was a handy companion for his speed, agility and of course, his ability to soar high above the ground. I mean, who doesn’t want to ride a bear?

But in WiLD, the animals you choose for companions are utterly your decision – watch out wolves I’m coming for you – but you’ll need to decide early on. Ancel hinted that the more powerful wild animals will need to be tamed from a young age, but it’ll be for the best when you’ve got a pack of wolves by your side or your very own bear. 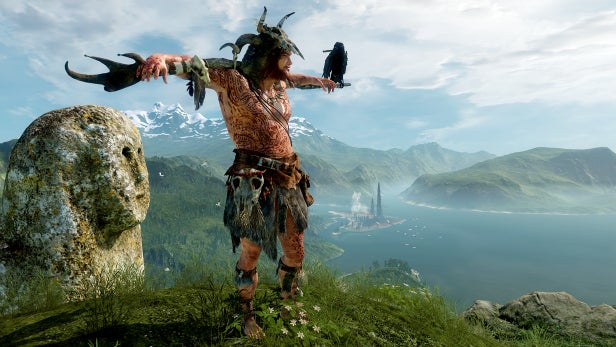 From the actions you take you’ll start to be associated with animal divinities, which, along with your skills, will be symbolised on your body by tattoos. As you can see from the image above, the tattoos will soon adorn most of your Shaman’s body.

It’s not just about making alliances to use these animals as your companions either. A major part of the game is having the ability to possess these animals, utilising their unique skills to get around the map, discover secrets and reach the sacred places.

But regardless of the alliances you make, your Shaman will be able to possess a number of animals to mix up the gameplay.

During my demo, the Shaman took control of a baby boar – an adorable little thing that made the crowd immediately ooh and ahh – that could even go into stealth mode and creep through the undergrowth. There were also a herd of rabbits, which were used during the PlayStation Showcase at Paris Games week.

Ancel assures us that the full game will offer thousands of animal varieties, which will be found across the different areas of the map. 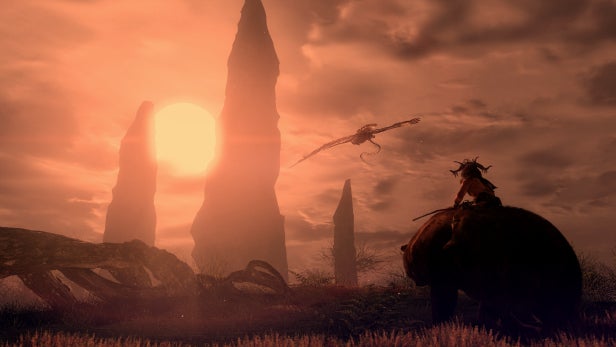 The other important point that Ancel wanted to stress about WiLD is that it can be whatever game you want it to be, in terms of multiplayer too. A bit like Journey, it’s your decision whether you want to play alone in your world, or invite other players in to inhabit the same space as you.

If you let them in, you could make a new ally, taking advantage of their divinities and skills to complement your own. But, there’s also the risk that a player might take on the form of an enemy, and sabotage your game.

After all, once you possess an animal, your Shaman’s human form is left vulnerable. You’ll need to be smart as to when you possess animals, how far away from the Shaman you’ll want to travel, and whereabouts you leave your body behind.

Wild Sheep’s ideal for WiLD is that “every player will tell a different story” and the motivation will be that you have something unique to share.

First Impressions
Of all the demos that were shown off behind the scenes at Paris Games Week, WiLD was the one that really resonated with me. Being able to become one with the animals would certainly fulfil a childhood dream of mine – especially in a world as beautiful as the one WiLD’s presenting.

I just hope the appeal of a totally free and open world doesn’t wear off too soon, with a lack of goals causing players to lose focus.