One of our favourite aspects of the first My Cloud was its simple setup and, despite the EX4’s greater capabilities, WD has been wise not to mess with it. Once plugged in and connected to your router, users simply go to ‘wdmycloudEX4’ in their browser (add .local for Macs) to begin the setup wizard (multiple pictures in the gallery above). 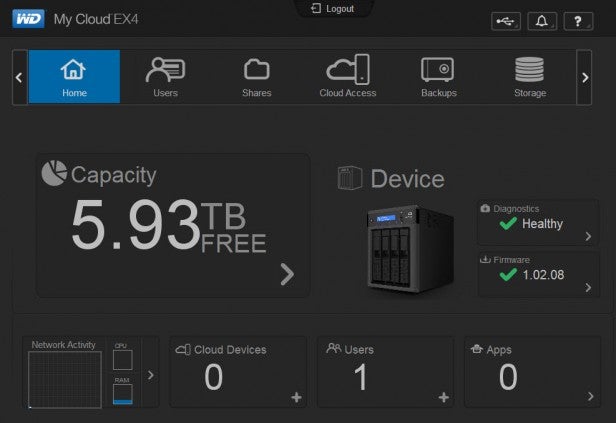 The good news is the browser based UI is still superb. Capacity, drive health, firmware, Cloud devices, users, shared folders and media content remain immediately accessible and a tabbed interface makes it easy to get to users, shares, Cloud access, backups and settings – along with the new apps section. It all comes together in a design which is likely to appeal to anyone previously intimidated by the idea of owning a NAS.

The bad news is the rather more lackluster My Cloud PC software remains sparse. This shouldn’t be a surprise with the EX4 coming out just two months after the My Cloud, but while users can navigate and move files around they have to be downloaded to be accessed. Furthermore this all happens in a basic and unintuitive proprietary My Cloud file explorer window which is part Windows, part Mac and unappealing to both sides – but it remains early days.

iOS users will also find the My Cloud app somewhat limited but this is
due to the file format and codec restrictions of Apple’s platform.
Android users get the best of it due to the ability to install format
support for just about everything. Windows Phone users are still left
out in the cold for now with only access to the old WD 2go app which is
being replaced by the My Cloud app and doesn’t support the EX4. 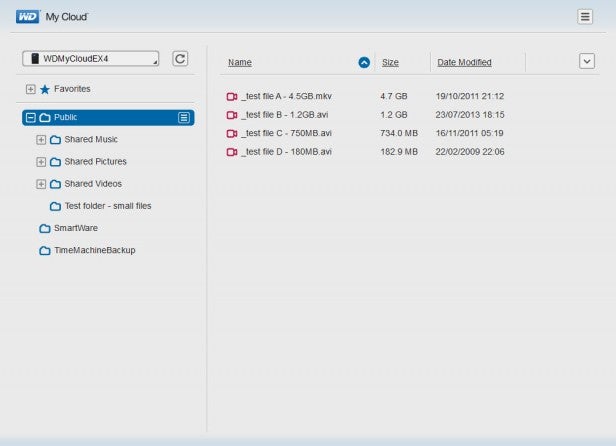 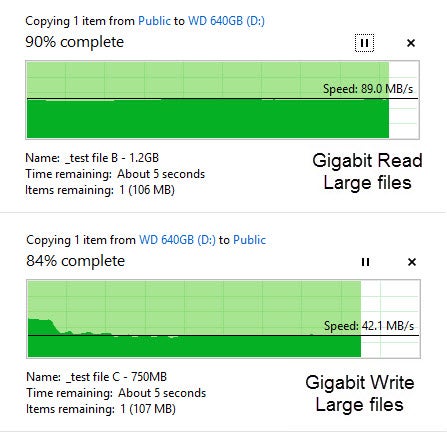 So how does the My Cloud family’s big brother perform? Unfortunately, like a little brother. 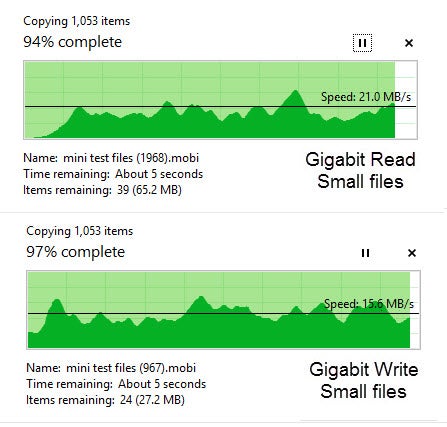 That said whereas the single bay My Cloud is going against the cheapest budget options, the EX4 is picking a fight with NAS higher up the food chain and here it comes unstuck.

The other issue we have with the EX4 is its noise. We measured a fluctuation of between 35db and 40db, which is enough to hear it three to four metres away in a quiet room. Again this is in marked contrast to the circa 25db we got from the DS414 and the virtually silent operation of the single bay My Cloud.

Update 04.06.14: WD has issued a major firmware update for the EX4 which it claims will improve CPU utilisation, sustained transfer speeds of large files and the reliability of the network connection. We don’t still have our review sample to test this, but strongly recommend all owners install this update as we found performance to be the EX4’s Achilles Heel. Download it here. 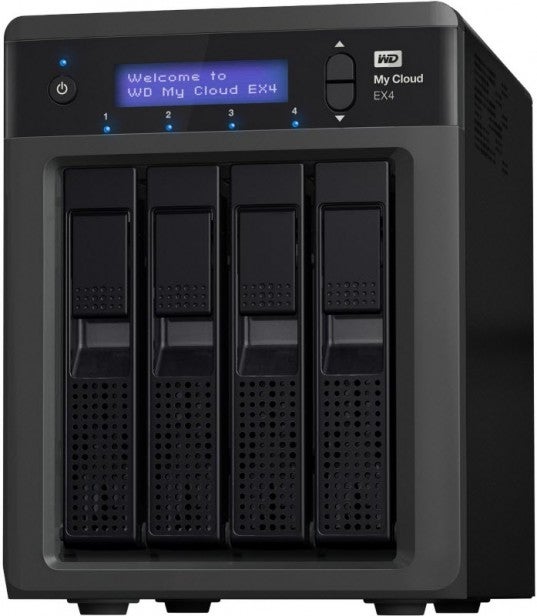 Should I buy the My Cloud EX4?

With an unpopulated retail price of £319 there is a temptation for us to say yes. The EX4 remains easy to setup and manage, its Cloud access is simple (if still a little under-developed), performance will be fine for most tasks and the retail price is cheaper than most hardcore four bay NAS.

The trouble is, having stepped up a weight category, we’re not sure that’s quite enough. The single-bay My Cloud only came populated, vastly cheaper than any equivalent populated NAS and little more than basic external storage. It also looks better than the EX4, is quieter and has vastly faster write times for bigger file sizes (where the performance difference only starts to matter anyway).

But this changes with the EX4 as its unpopulated RRP is only £55 less than the far superior Synology DS414. A saving grace could be the EX4 appears to be getting more heavily discounted online, but in reality we’d rather pay a bit more for the DS414’s vastly better performance, expandable  storage, quieter operation, wider array of features and more evolved mobile apps. These considerations only get bigger long term as well should you pay for the 8TB (£679), 12TB (£799) or 16TB (£999) pre-populated versions of the EX4.

None of this is to say WD’s second My Cloud is an out and out failure. It is a competent wannabe NAS with a lot of promise at an affordable price point. The issue is, unlike the single-bay My Cloud, it isn’t picking on bargain basement kit anymore. Impressive fully-fledged NAS are within touching distance of the EX4 and, for this generation at least, WD has bitten off more than it can chew.

The My Cloud EX4 isn’t the multi-bay version of the My Cloud we expected. The intuitive software and setup remain, but its departure in design is unfortunate as are its poor write speeds, noisy operation and non-expandable storage. The price still makes it a tempting proposition, but it isn’t the same bargain the single bay My Cloud was when up against lesser competition. The EX4 is a miss, but we expect big things next time around.