What is the WD My Cloud EX4?

This is Western Digital’s four-bay variant of its extremely impressive single-bay MyCloud hybrid NAS that launched in October — a new type of home storage that gives you a ‘personal cloud’ that you can access from anywhere using mobile apps, just like Dropbox. The extra bays offer the user redundancy against disk failure that is absent in the first My Cloud with much greater storage potential. But is bigger always better and is the My Cloud line suddenly rushing towards a price point where it faces much tougher rivals? 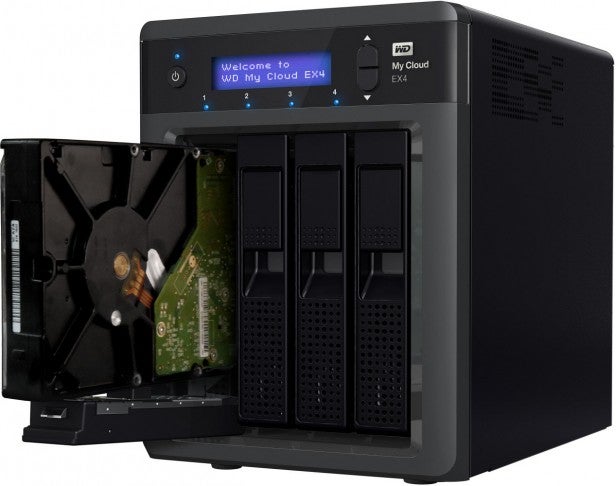 We have to say from a design perspective our initial feelings about the EX4 were of disappointment. For a product sharing the My Cloud brand, it has no visual similarities with its stable mate – the single bay My Cloud is white and curved, the EX4 is black with hard angles.

This makes for a jarring comparison and, from our perspective, it also makes little sense. The differences mean the products feel unconnected and, more importantly, for a consumer-focused device, the EX4 is perhaps the most industrial looking, hefty (220 x 208 160mm, 3.3Kg empty) and intimidating four-bay NAS we’ve seen in a long time.
That aside there are a number of plus points. The EX4 gains a simple LCD display with information that can be scrolled through with the rocker buttons either side, though it is strictly read only. Aside from the extra bays there is also space for additional ports (more in ‘Features’ below) and activity lights above each drive.

Furthermore we are a fan of the EX4’s hardy construction. The main chassis is metal and bolted into the back panel with enough screws to hold on an airplane wing. We also like the simplicity of the EX4’s ‘Easy-Slide-Drive’ technology, which is tool-less and doesn’t even require a tray to hold each drive – they simply slot straight in and open by flicking a light switch.
This does cause a problem, though, as we managed to pop out a drive accidentally when picking it up. This causes the drive to rebuild in a process that lasts over 600 hours on our 8TB version and the power and activity lights all flash incessantly during this period. This is why the likes of Netgear and Synology have a cover or hinged doors over their drives and we’d suggest in the next version of the EX4 that WD does the same. 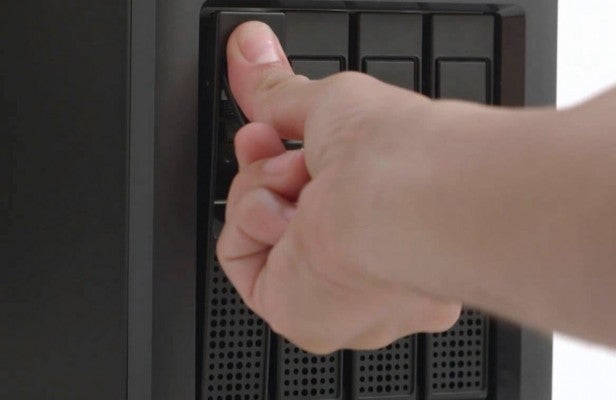 The obvious point to make about the EX4 is its increased storage potential. WD sells the drive unpopulated, but it can also be bought with WD Red (drives specifically designed for use as NAS) drives in 8TB, 12TB and 16TB versions. You do need to choose your capacity carefully, though, because storage is made up 4x 2TB, 3TB or 4TB drives respectively, so all bays are full.
The issue with this is — unlike Synology (SHR), Drobo (BeyondRAID), Netgear (X-RAID) and a number of other NAS makers — WD hasn’t come up with an expandable proprietary RAID technology. Instead it uses the long-standing RAID 5 by default which is hot swappable, but requires matching drive sizes so you won’t be able to add individually larger drives later on. So you either stick with what you have or remove your data, upgrade all the drives and start again.

That said RAID5 is still favoured by many NAS owners as a tried and tested array and RAID 0, 1, 10, spanning and JBOD modes are also available.

If failing to develop or licence expandable RAID suggests cost cutting, the other big concern is the EX4’s horsepower. Inside is merely a single core Marvell ARMADA 300 running at 2GHz and 512MB of DDR3 RAM. The single-bay My Cloud only ran at 650MHz, but its processor was dual core. Meanwhile circa 1GHz dual-core CPUs and 1GB RAM are more typical for four-bay NAS, which raises our concerns. 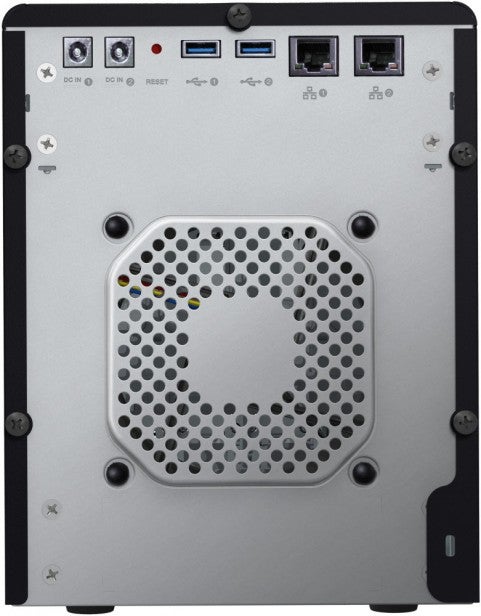 On the plus side WD has literally doubled the connectivity of the first My Cloud adding a second USB 3.0 port (additional storage can be added that way), a second Gigabit Ethernet port and even a second power port to create redundancy everywhere. Or almost everywhere. Unlike some four-bay NAS, WD uses just a single fan so if that fails you will need to shut down and replace it.

Still what makes the original My Cloud remains in force here. Namely its hybrid Cloud/personal storage integration. This means it can integrate with dedicated Cloud services like Google Drive, Dropbox and SkyDrive or replace them by giving you remote access to your files from any location via Android, iOS, PC and Mac apps. It also syncs with TimeMachine for Macs so it will function as external backup storage as well.

Interestingly, WD has also now opened up its software to third-party app makers with aMule, Icecast, Joomla!, phpBB, phpMyAdmin  SqueezeCenter the first of hopefully many through the door. Back in familiar NAS territory the EX4 also ticks a number of useful boxes like UPnP and DLNA certification (with Twonky support), iTunes server compatibility and it can function as an FTP and P2P server.