Webroot’s VPN service has a decent range of security features, although its lack of support for less than entirely typical use cases means that it probably won’t suit anyone except the most mainstream users, who’d probably still prefer to have the option of a browser plugin.

A one-year subscription is cheap, too, but we’re wary of the renewal costs and would like to see broader device and operating system support.

It’s increasingly common for major internet security software makers to provide virtual private network (VPN) services among their product range. In the case of Webroot, a subsidiary of Carbonite, its VPN service is a white-label version of the SaferVPN backend infrastructure, whose operator, Safer Social, is based in Israel.

On top of that, Webroot incorporates its own BrightCloud Threat Intelligence to provide an integrated Web Filtering feature. Unusually, it doesn’t cost more than SaferVPN’s own-brand service. 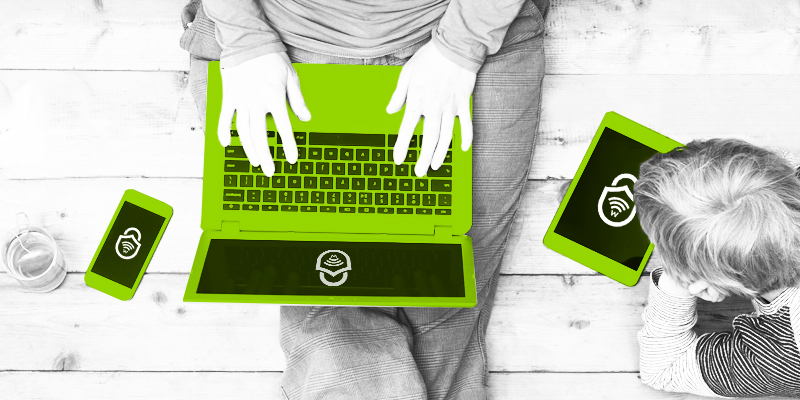 Save $20 on both the three device and five device VPN packages. This allows you to secure up to five of your devices - whether you're at home or browsing on a public internet connection, your online life will be kept safe for an entire year.

Clients are available for Windows, macOS, Android and iOS, but there’s no Linux support, no browser plugins and no instructions for connecting routers or other devices. This is a VPN for typical home users rather than people with more complex requirements.

Note also that the iOS app doesn’t currently have a kill switch to cut off internet traffic and thus protect your privacy if the VPN connection drops unexpectedly. All the others do, but you’ll have to enable it in settings.

The Windows client’s core interface is simple, with an instant connection button and the option of opening a list of endpoints by country, with 34 available locations. There’s also a dedicated UK streaming server.

It has a somewhat wider range of settings than many of its big-name online security rivals’ VPN apps, allowing you to define trusted Wi-Fi networks, configure start-up behaviour and switch VPN connection protocols.

As a comparison, average HTTP download speeds for the entire January 2020 VPN group test, measured from a test system in the UK with a high-speed fibre connection, were 81.41Mbps from UK endpoints, 89.42Mbps for the Netherlands and 43.02Mbps from the US.

Webroot was one of the fastest UK to UK, and UK to Netherlands VPN services in our latest batch of tests. Its US performance wasn’t too shoddy, either, coming in only just below average. You could happily go about your online life at these speeds without feeling excessively burdened by your VPN.

Streaming media support has improved massively. Everything worked, including the services with the most rigorous geo-location checks: Netflix, BBC iPlayer and All 4.

Although it still dropped the ball on the UK FTP connection test, Webroot’s US endpoint now handles the protocol without any fuss.

Should you buy Webroot WiFi Security?

Webroot WiFi Security bills its headline feature as the ability to automatically connect and protect you by routing all your internet traffic via its encrypted tunnels whenever you connect to an unsecured Wi-Fi network. This is a pretty standard use case for VPNs and most of its rivals have the same feature built in.

It also provides the usual assurances of protecting your privacy online and region-shifting to access streaming content. Some logs are kept, including session timestamps, the VPN server the user connects to and the country they connect from, as well as housekeeping data such as the number of simultaneously connected devices.

Its initial subscription fees are reasonably priced, working out at around £30.28 per year for a three-device account and £45.43 per year for five devices. However, automatic renewals are enabled by default and are a bit expensive at £45.43 and £60.58 per year respectively – by comparison, a six-device subscription with faster and more streaming-capable NordVPN costs £64.58.

Webroot’s VPN service has a decent range of security features, although its lack of support for less than entirely typical use cases means that it probably won’t suit anyone except the most mainstream users, who’d probably still prefer to have the option of a browser plugin.

We are pleased with its ongoing improvement in streaming performance and continued high transfer speeds, but we’re distinctly unimpressed by the amount that subscription fees go up when users renew. Private Internet Access is a faster and cheaper alternative, while NordVPN and ExpressVPN are better for streaming enthusiasts who want broader device support.

One of the most trusted VPN's on the market, ExpressVPN gives you unrestricted access to Netflix, HBO and iPlayer. Get 49% off on their one year subscription and receive a further three months completely free.

Sign up for a three year NordVPN Subscription and save a whopping 70% on your total bill.