The Vuze XR's hardware and image quality are both impressive, but disappointing software means it falls short of the Insta360 Evo as a hybrid 360 camera. It's a strong performer for both 180-degree and 360-degree video, but the app's lack of mobile editing options and polish hold it back.

What is the Vuze XR?

The Vuze XR is a hybrid video camera with two distinct shooting modes. When in its closed configuration, its two fisheye lenses face directly away from each other and capture 360-degree videos and photos. While in its open configuration, the lenses face in the same direction, allowing them to capture 3D 180-degree VR content. 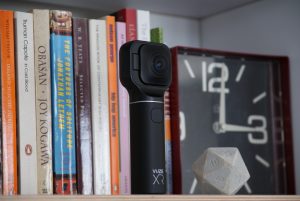 At launch, it was the only camera with the ability to transform in this way, but it’s since been joined by the Insta360 Evo. So which is best for those who need a single, pocket-sized device that can create two very different types of immersive content? Let’s take a look.

Out of the box, the Vuze XR resembles existing 360-degree action cameras such as the Insta360 One X or Samsung Gear 360. It’s an elongated plastic “stick”, with two bulging camera modules at the top, a smattering of physical controls, and a handle that takes up the bottom two thirds of the unit. 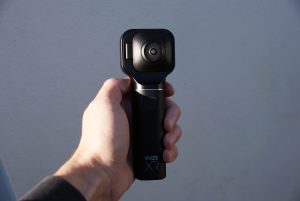 In this closed-up configuration the XR is at its smallest – although it’s worth noting that, while it will fit into a jacket pocket, it’s noticeably bigger and heavier than the Insta360 Evo.

The XR is constructed from solid plastic, but not waterproof or ruggedised in any way. Its makers make no claims regarding it being an “action camera” though, so we think that’s forgivable.

A pull-out flap covers a USB-C port (for both charging and data transfer) and a microSD card slot. There’s no card included in the box, and with no built-in storage, you’ll need one to use the camera. At the bottom of the handle is a standard tripod mount, which can be used to attach anything from a selfie stick to the supplied wrist strap. Or a tripod, obviously. 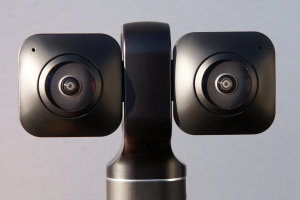 The flip-out mechanism for the twin lenses is spring-loaded: they simply pop out into VR mode when you push a button, and are returned to 360-degree mode by being pushed back until they click into place. The mechanism feels reliable and solid – not likely to snap or fail a year or two into the camera’s lifetime.

The camera doesn’t have an on-board display of any kind, so visual feedback has to be supplied via other means: indicator lights and beeps, mainly. The designers have shown themselves a little too keen on the beeps, though – this thing never shuts up while you’re using it. Thankfully, you can turn them off using the companion app.

The XR is technically usable without a smartphone or tablet running its companion app, but without it you won’t be able to change settings, review footage or see what you’re filming.

It’s a shame, then, that the app (which pairs with the XR via your device’s Wi-Fi connection) feels like a work-in-progress – a beta rather than a finished product. 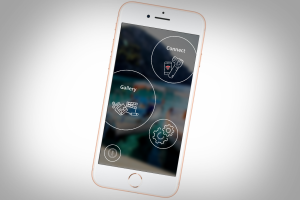 Perhaps we’ve been spoiled recently by using the Insta360 Evo’s superb companion app, which supports editing, social media sharing and more. The XR’s app feels undercooked by comparison, with no editing or preview functions for videos recorded at either 60fps or the highest 5.7K resolution.

If you want to edit footage on the fly, you’ll need to record it at 4K/30fps quality, transfer it wirelessly from the XR to your phone or tablet, then edit from there. Even then, there are fewer editing options than its Insta360 rivals.

For instance, you can’t alter the playback speed of the video to make a hyper-lapse, or crop out a section of a 360-degree video to focus on in a standard frame size.

That’s hugely disappointing, since it means that anybody who wants to use the best 5.7K resolution or smoothest 60fps frame rate has to turn to the Vuze VR Studio desktop app for video editing; there’s no alternative on-the-go method. That in turn means connecting the camera to your computer, transferring footage or photos over, and going from there. 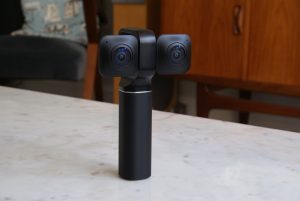 The desktop app (we used the Windows version, but it’s available for Mac too) offers clip trimming, the ability to refine stitching in 360-degree videos (although the auto-stitching works pretty well) and impressive image stabilisation – but not a lot else in the way of editing. It does come with built-in sharing to YouTube and Facebook, though, and overall it isn’t bad. It just isn’t as capable as Insta360’s mobile app.

Once it’s been manually set up for the first time, the Wi-Fi connection between the camera and your phone or tablet will automatically re-establish itself when you turn on the camera.

It’s reasonably stable and fast (although transferring large, hi-res video files between camera and device takes a few minutes), and I didn’t have any notable problems with it. 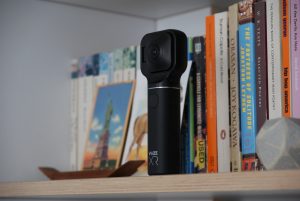 Likewise, battery life is decent, if not outstanding. You’ll get around an hour of recording from a single charge. The battery is built in, so there’s no option to buy extras – any on-the-go top-ups will require you to pack a power bank.

The camera has physical buttons for changing the recording mode and capturing a photo or video clip, but the latter only works if a phone or tablet isn’t connected.

I get why the makers have done this – you can use the app to stop/start recording or take a photo instead – but it would be nice to have the option to use both at once. You might have put your phone away after starting recording, but why should you have to pull it out of your bag or pocket to stop recording when there’s a perfectly adequate button on the camera? This is a feature that could easily be added in a future firmware update.

Here’s the good news: a lot of the irritations and disappointments I had with the Vuze XR melted away when I actually pulled on a VR headset (the Oculus Go in this case) to view the footage and photographs I’d taken on the camera.

Yes, getting the content onto the Go involved too many steps for my liking, but once there that 5.7K resolution, plus the ability to shoot both 3D or 360-degree video, meant we could enjoy some truly sharp-looking and wonderfully immersive stuff.

While 5.7K sounds like a truly outstanding level of detail, when translated in a 360-degree or 180-degree video, it’s actually more like the detail you’d see in a decent standard definition or perhaps 720p image on a regular screen. Considering the pocketable size of the camera, that isn’t bad at all. Plus, you even get pretty decent ambient sound courtesy of the four on-board microphones.

Why buy the Vuze XR?

If you’re in the market for something that records both main types of immersive content, the Vuze XR is pretty much the only alternative to the Insta360 Evo.

While the hardware and image quality is impressive, the software side of things could use some work – perhaps too much work to expect the makers to actually fulfil anytime soon.

There’s a fantastic 3D and 360-degree camera in here, but it’s hampered by a lack of mobile editing functions. Perhaps the next generation will iron out the kinks and deliver a more well-rounded product. For now, however, the Insta360 Evo is the more polished hybrid VR camera.

The Vuze XR’s hardware and image quality are both impressive, but disappointing software means it falls short of the Insta360 Evo as a hybrid 360 camera. It’s a strong performer for both 180-degree and 360-degree video, but the app’s lack of mobile editing options and polish hold it back.