The ViewSonic’s initial image quality tests were inconsistent. A reasonable contrast ratio of 897:1 and a great temperature of 6,640K  was undermined by a poor average Delta E of 6.48. This was easily fixed, though – by turning on Dynamic Contrast.

With Dynamic Contrast activated, contrast improved to 934:1. Brightness was 262 nits, with a deep black level of 0.28 nits, and the average Delta E sat at 1.44 – a far better score than before. A colour temperature of 6,711K is a little cooler, but it’s still good.

I managed to improve on those results by dropping the brightness to 125 nits – exactly 40% of the ViewSonic’s brightness level as specified using the on-screen display. That brightness level is far more comfortable for standard office use, and here the Delta E improved again, this time to 1.36.

Crucially, those figures are better than the results recorded by the Asus, which offered a poorer contrast ratio of 819:1, a Delta E level of 1.95, and a black level of 0.3 nits. 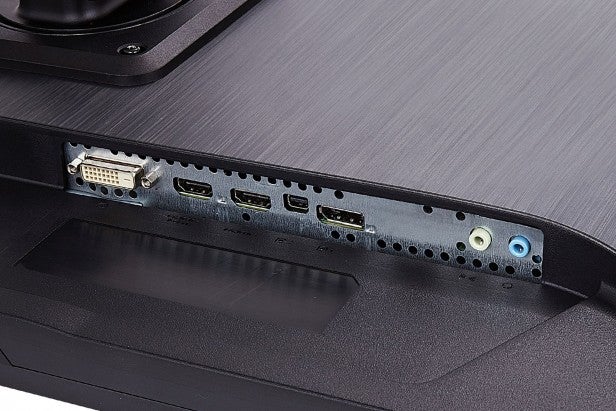 ViewSonic’s panel also displays more of the sRGB colour gamut. It produced 91.7% of the colours required and only fell short with some red, purple and light-blue tones. The Asus could manage only 87%.

I calibrated the screen to achieve the best possible results, but little changed. This isn’t surprising, given that the X-Rite colorimeter recommend that I take down only the screen’s green colours by a notch before calibrating the panel. With this process completed, the ViewSonic’s average Delta E improved to 1.32 – but most other settings remained virtually identical to the panel’s factory results.

The ViewSonic surpasses the Asus in most areas, but there’s one area in which both panels are equally disappointing. Viewing angles are poor, with the screen displaying discolouration and a lack of brightness when it’s moved vertically.

As is the norm, the VG2860mhl-4K offers a variety of modes for different usage scenarios – but they aren’t particularly impressive.

Two focus around entertainment, but neither make any significant changes to the screen’s quality. The gaming mode maintains most of the screen’s good benchmark results, but drops the average Delta E to a mediocre 4.01. The movie option makes the colour temperature and Delta E a little poorer when compared to the panel’s Dynamic Contrast factory settings.

Overall, with little change to most benchmarks results, and a reduction in quality in a few others, I can’t see why you’d use these options.

I had similarly underwhelming results elsewhere. The sRGB option results in colours that are a tad too cool and reduces the brightness to a dim 97 nits. The Text mode ramps up the colour temperature to 5,329K, which is far too warm – colours appear oversaturated. The Web mode makes little difference to most measurements, but it decreased the average Delta E to 4.9. 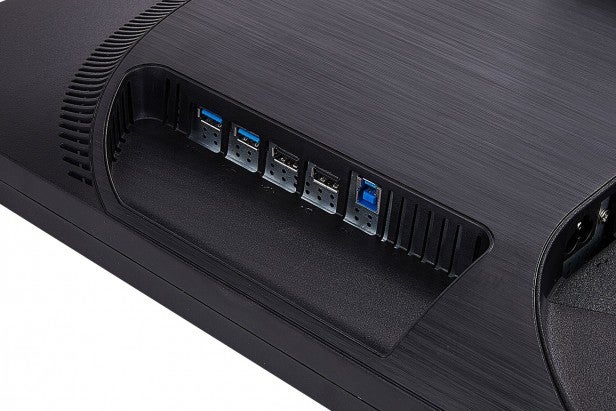 A further group of three modes focuses on colour. The Blue mode ramps up blue tones right but makes the colour temperature way too cool, with a result of 9,122K massively off-piste. The Warm mode heats up the colour temperature to oversaturated levels, but also hampers the Delta E; the Cool option is similarly underwhelming.

Finally, there’s the Eco mode, which alters the brightness to reduce the ViewSonic’s power consumption. With the screen at factory settings it required 42W from the mains. The Optimise mode saw that figure drop by 10W, and the Conserve option reduced the panel’s power draw to 27W. That’s positive, but this was also the same amount consumed when we manually reduced the brightness to 125 nits.

The ViewSonic’s benchmarks were good to this point, but it’s from here that the screen began to falter.

The big issue here is the uniformity – or lack of – from the ViewSonic’s LCD backlight. There were huge variations in the brightness across the panel’s horizontal plain. On the left-hand side, the screen lost between 14% and 21% of its brightness, which is a poor. On the right, however, the screen was between 4% and 8% brighter. Across the panel, therefore, there’s a risk in variation of around 29%.

Although colour temperature is far more consistent, this significant difference in brightness across the screen makes the VG2860mhl-4K unsuitable for work that demands accurate colours. 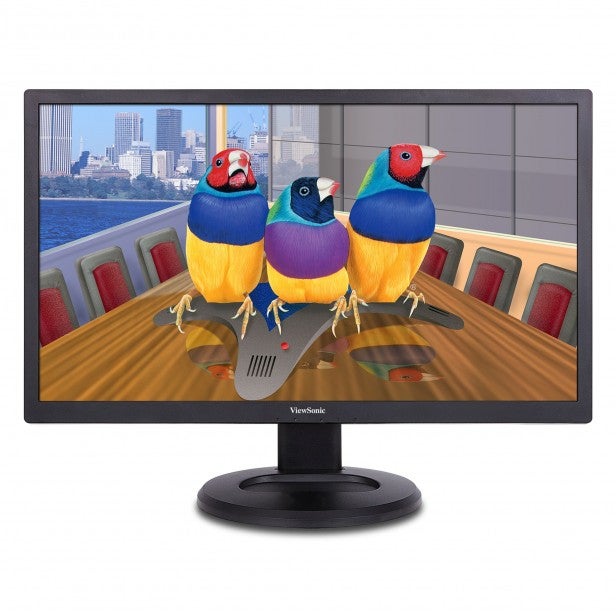 Should I Buy the ViewSonic VG2860mhl-4K?

The ViewSonic VG2860MHL-4K is marred by inconsistencies.

On a practical level it’s crammed with features, but the awkward row of buttons sitting beneath the bezel makes the on-screen display difficult to navigate. Although it offers better screen quality than the Asus, its extra modes aren’t particularly useful and backlight inconsistencies mean it’s unsuitable for sensitive image work.

There’s also the question of whether an office monitor needs to have so many pixels. The ViewSonic screen is pin-sharp, but those running office applications don’t necessarily require such real estate. Consider the similarly priced Samsung S32D850T, which is larger – with a resolution of 2,560 x 1,440 – and costs only a little over £400.

Although the ViewSonic screen offers a superb range of features and scores well in benchmarks – and is therefore worth considering alongside the Asus – it isn’t worthy of a wholehearted recommendation.

The ViewSonic VG2860mhl-4K has plenty of features and offers excellent screen quality in most departments, but it’s undermined by awkward controls and an inconsistent backlight. It’s just about better than its key rival – but look elsewhere if such a high pixel count isn’t strictly necessary.

Still not sure about a new monitor? Click here to examine our verdict on the top ten panels we’ve seen this year.