The ViewSonic VG280mhl-4K is one of the cheapest high-resolution panels I’ve seen for a long time with a price of only £346.

It’s a screen designed more for office setups rather than gaming or colour-sensitive design work, and it’s packed with features. However, I’m concerned that its image quality might not match up to rivals.

The 3,840 x 2,160 resolution, and a density level of 157ppi, results in a screen that’s pin-sharp. Text and pictures look crisp, without everything on the screen being too small. Few will have to resort using Windows’ built-in settings for magnifying the OS, which is a good thing.

The VG2860mhl-4K isn’t the only 28-inch 4K panel I’ve seen, though. The Asus PB287Q, which initially cost £600, is now available for £385. This means the ViewSonic and its big rival are among the cheapest 4K screens I’ve ever reviewed. 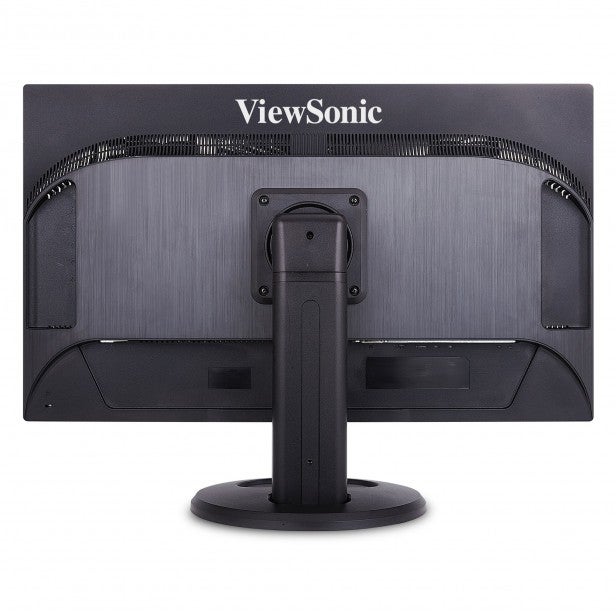 The ViewSonic’s low price doesn’t equate to a shortage of features. Connectivity includes DisplayPort and mini-DisplayPort sockets, both of which adhere to the 1.2a standard, and support 4K at 60Hz. There’s an HDMI port, too, although it supports 4K only at 30Hz.

In addition, there are four side-facing USB ports divided into pairs of USB 2 and USB 3 connectors, and a headphone jack. It includes dual speakers, but no SD card slot. On the whole, this is a better lineup than the Asus PB287Q, which includes most of the above but no USB ports.

The ViewSonic is designed for work, so it’s no surprise that some of its features are suited to the office. A multi-picture mode means it can display four different images at once, and the 100mm VESA mount can be used to attach the monitor to an office wall. The VG2860mhl-4K displays colours with 10-bit colour processing, and it has a flicker-free backlight.

This screen also offers good versatility. The VG2860mhl-4K tilts,
pivots, swivels and provides height-adjustment of 150mm, which matches the
Asus. For tilt it’s actually 17° more generous than the Asus – it moves
from 37° to -5°, while its rival swings between only 20° and -5°.

Looks-wise,
there’s little to shout about. The screen is surrounded by a matte,
grey border, the rear has a brushed metal effect across its thin
plastic, and the base is circular and dull, with no decoration.

All in all, the ViewSonic is as bland and unobtrusive as the Asus – and it’s not the only department where the two panels are similar. The ViewSonic’s 7.8kg weight is within 100g of the Asus. The ViewSonic has a bigger footprint, however, since it stretches 266mm from front to back. That’s 46mm more than the PB287Q.

There were no surprises when putting the ViewSonic together. The stand attaches to the rear of the screen with four large screws, and the base slots into place with a single pre-attached screw. 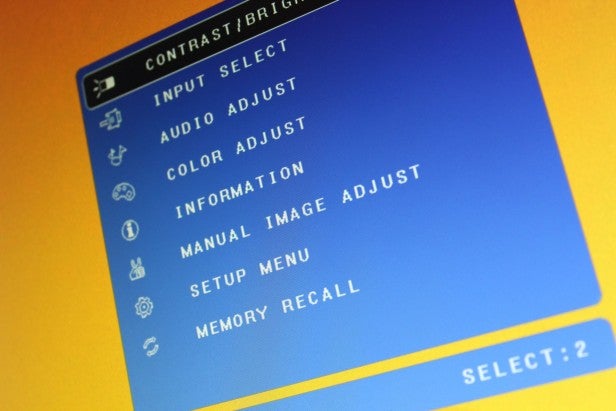 Such design decisions make it difficult to know exactly what you’re pressing, especially when you first start using the ViewSonic VG2860mhl-4K. I had to continually double-check which buttons I was pressing, and often had to squint to even make out their symbols.

The on-screen menu doesn’t help, either. Its low resolution and is often slow to respond. Menus are organised into sensible categories, however.